@emre I love this btw. I am going to tweak the heck out of this and play around with it but man thats great. 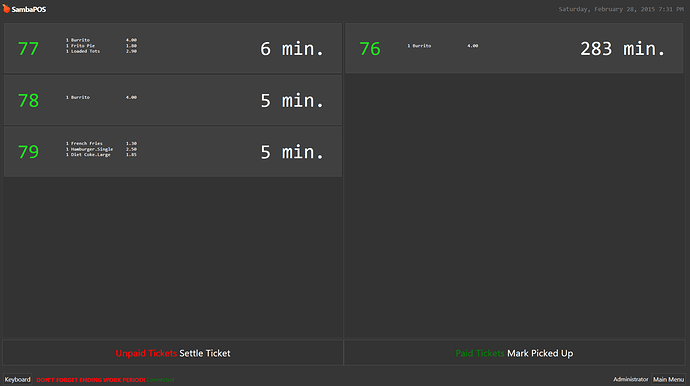 Love how it shows duration of order. I am working on the scripting for it to change colors if X duration has passed.

Now I’m thinking we can simply pass minutes to a JS (via CALL) and let it return a <color red>13</color> value according to value.

Is this possible now? I mean I think I have the script ready and I want to play with it.I will try in a few minutes but I assume insert the CALL into the template area of settings?

is that formatting just on custom entity screen, i take it it cant be used on default ticket list screen when using actions and rules to display ticket list?

but I assume insert the CALL into the template area of settings?

Yes that should work.

That is ticket list screen. It is a Ticket Lister template. New options with v5 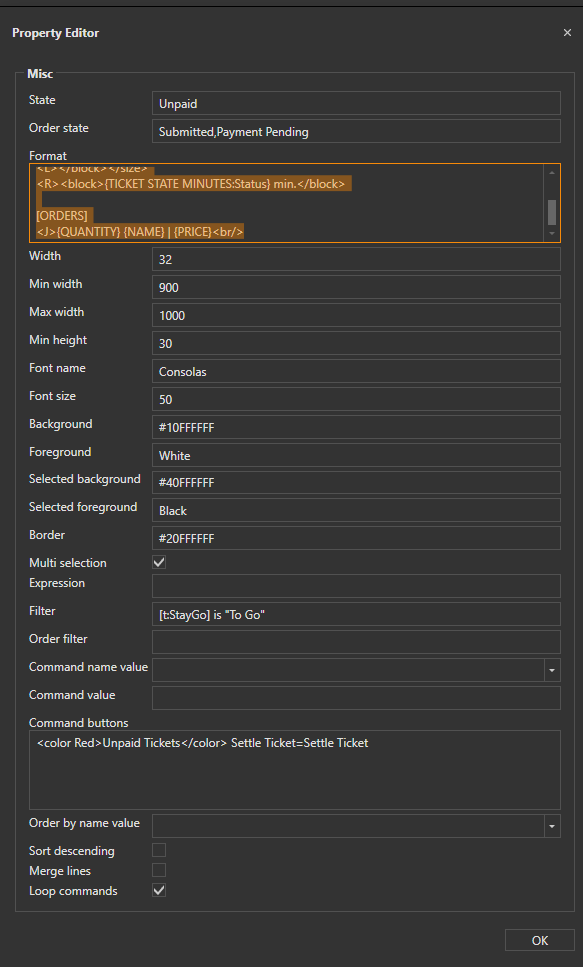 is that formatting just on custom entity screen, i take it it cant be used on default ticket list screen when using actions and rules to display ticket list?

Yes its custom. @RickH you have much to learn yet young padawan lol. You can use actions and rules to switch directly to any screen now. Look at Navigate Module action. To switch to Entity Screen use Entity as the Module Name and then use the name of your screen for Paremeter. So for example if you have a Custom Entity Screen called To Go Orders you would put Entity for Module Name and To Go Orders for Paremeter. You can then use any rule event for automation to switch directly to that screen.

Hmm I cant get CALL to work inside the template. I am trying just a very basic jscript to ensure its working.

Should return TestEntityStateMinutes but it returns nothing.

BTW before you ask yes I have it inside the weather handler I am just quickly trying to test it.

Just tried this with no luck as well:

Can you try replacing 3rd line bracket with curly bracket?

LOL omg I must have missed that let me try. Ok that worked I am pretty tired cant believe I missed that. At least I know it works so im gonna sleep before I implement the color changing.

lol generally you find our syntax errors. You must be really tired…

@emre I couldnt let it go. I got it working but it seems to ignore <block>
Its also eating memory like its no tomorow.

EDIT: Actually it may be ignoring <R>
EDIT: Ok memory issue is solved. Had to do with me trying to insert <block> into the jscript instead of template. 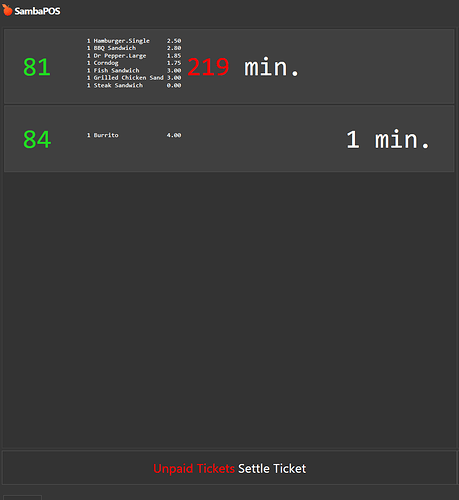 Fresh morning and I tried just about everything and still can not get it to justify to right correctly. I can take block off and it will put the red numbers in middle but no right justification yet. @emre I guess I need help to sort this out. Is there a tag or tag structure I am missing?

I have tried this and cannot get it work.

It still brings me to the “General” Account Screen.

Edit: wait please stand by. My Rule is not firing. Must be a default Automation.

Oh yeah he changed something. Before if you had custom template it would negate automatic automation. Now you have to check the Execute Command box. If your using the reserved name for command that is like Accounts.

I noticed that last night. So if your tile is named Accounts and you want it to run a different command you have to check the box now even if you put a template in. 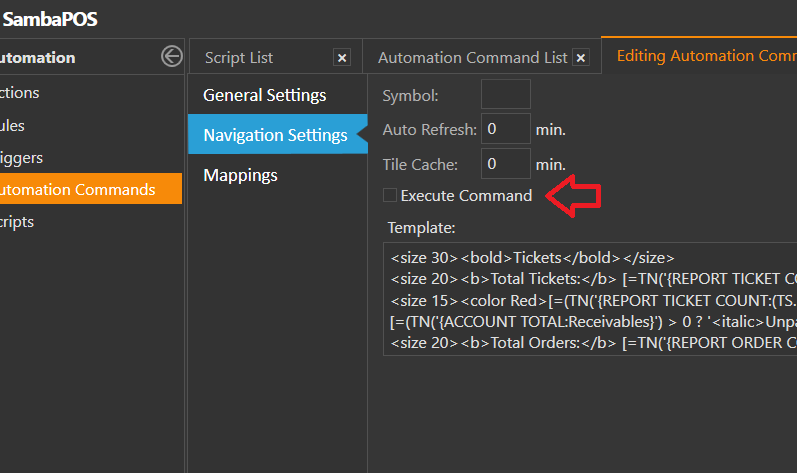 Yup, that was it. It was doing the Default Navigation Automation, so the Rule wasn’t firing.

I checked Execute Command, and now the Rule fires and takes me to the Account Screen that I want.

EDIT: I see that it hides the screen header buttons when does this way as well. Neat feature.

So i want it to display all suspended sales, when they suspended sale is created the ticket state changes to Suspended Sale, i just cant seem to get the settings right to actually display them in the ticket lister widget. then i can play with the formatting like you are

Any chance you could quickly show me the correct way to setup the entity screen and ticket lister setting to display tickets with state Suspended Sale?

Pull up one of those tickets while its in suspended state and let us see a screenshot of it. Show us your Ticket Lister widget settings screen as well please. 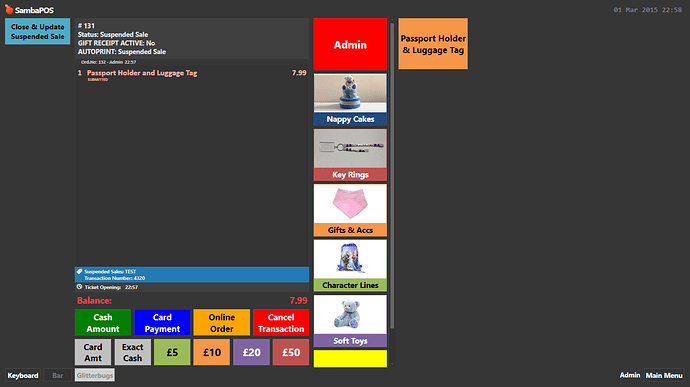 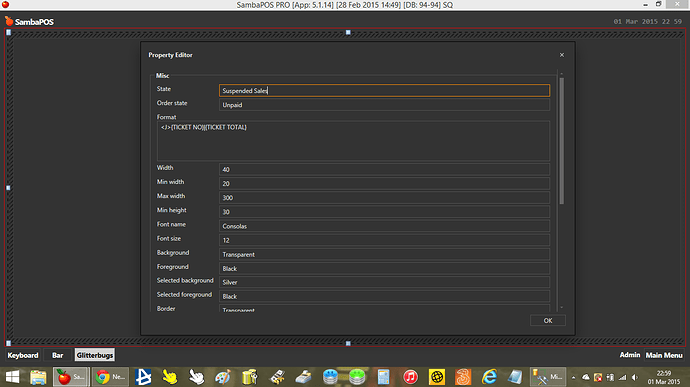 Try making it Suspended Sale instead of Suspended Sales If you want to filter by Ticket Tag then you could put this inside Filter:

However instead of using Suspended Sale for ticket state why not just make the state Suspended? 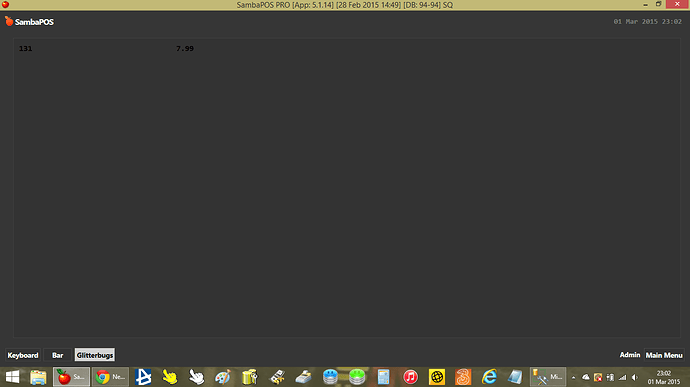 Which i can no play with formatting on, however it i click it instead of opening ticket it shows this screen, which i then have to click the order again to open it?? 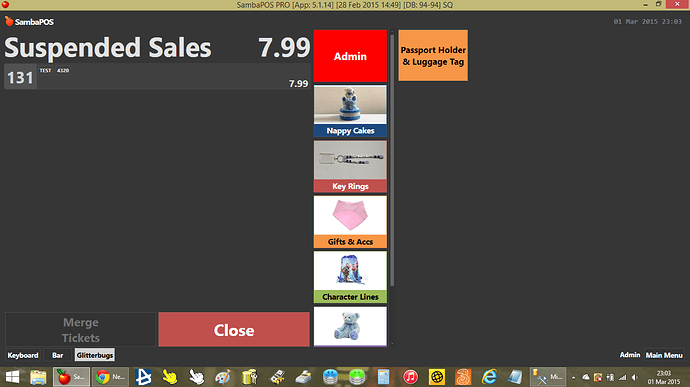 how to i make it just open the ticket when i click it, instead of opening another ticket lister screen?