Order is not updating the Portions after selecting popup

I have added the action and rule for portion and order tags modifier. Portion does appear but when i select a specific portion it stays on the original. And order tags even don’t show up as popup…! 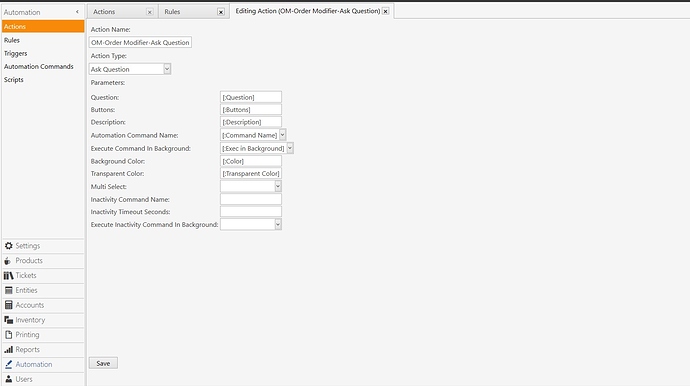 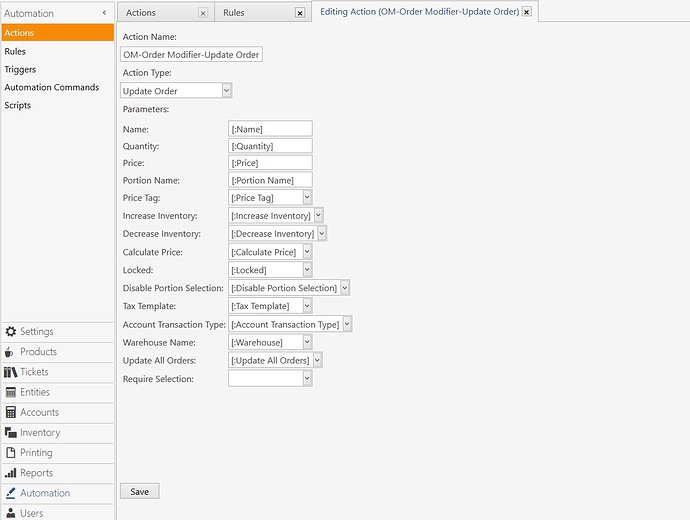 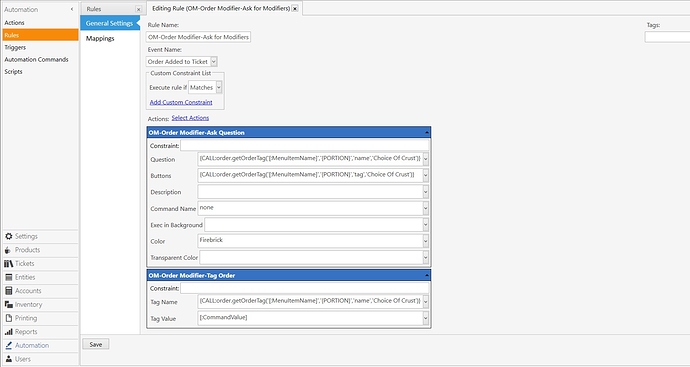 Any help will be highly appreciated!

your update order action needs to go in a seccond automation command rule.
Then the ask question needs a command to trigger that rule.
Your portion buttons will be passed as command value to 2nd rule.
So for portion in update order on 2nd rule you use command value.
They won’t work inline like that as values are determined when rule is triggered so at point of order added the portion button hasnt been pressed.

Make sure GraphQL is setup and working correctly.

@JTRTech did not get that… can you share the screen shots please? i followed the documentation at Samba POS website…!

@Bob_be Thanks !
can you direct me to the right tutorial or link?

Authentication Before going into details about authentication I’ll try to explain how it works in general. We assume the server name is server and it runs on 9000 port. While applying tutorial you need to change them for your setup. When Message Server runs on API Access mode it starts serving an endpoint through http://server:9000/api/graphql URL. When you post a query to the URL server responds with the result of the query. To be able to execute a graphql query you need to append a security …

Can you link to the page you say you worked from?

@JTRTech thanks for the quick response! here is the link
https://kb.sambapos.com/en/4-19-how-to-select-portions-and-order-tags-by-popup/

Well thats a new one on me…
Not sure how this is meant to work. 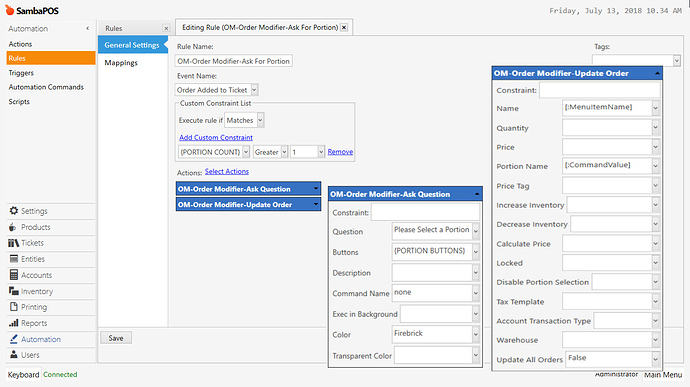 @Jesse can you guys add your thoughts on that please? Thanks

let see someone might have an answer for this…! thank you so much for taking time to look into this

As I can see from your video, seems like issue might be caused by (") inch character on your product portion name. Try again after removing it, this should solve your issue.

perfect… let me try @Nizam Thanks

@Nizam it was that easy…! Thanks a lot. One problem solved! how about the order tags pop ups not showing up? 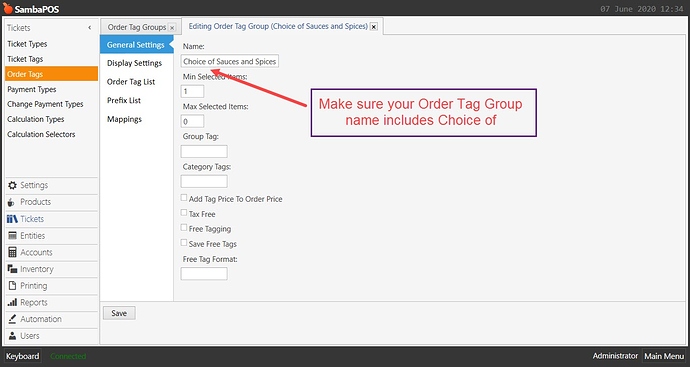 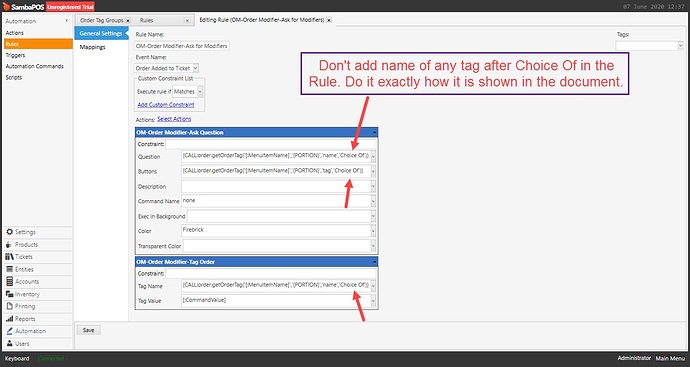 @Nizam, Thanks Dear! I have corrected the text but still no luck! 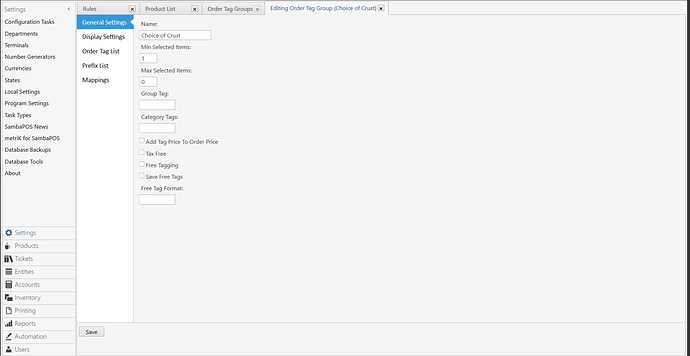 Not Sure…! just followed the documentation…!

@Farrukh_Shah, read the related document more carefully please, you must be skipping some part obviously.

I followed everything. And, mine is not updating the price as well. Order modifier is working well. How did you solve this problem?

I exactly followed the tutorial. 4.19. How to Select Portions and Order Tags By Popup? – SambaPOS Knowledgebase 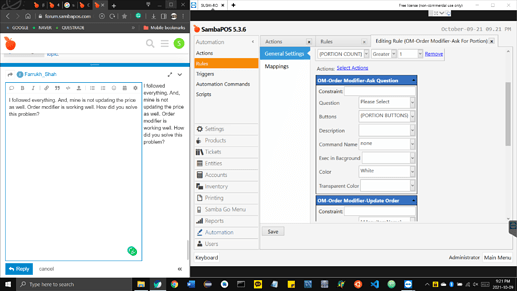 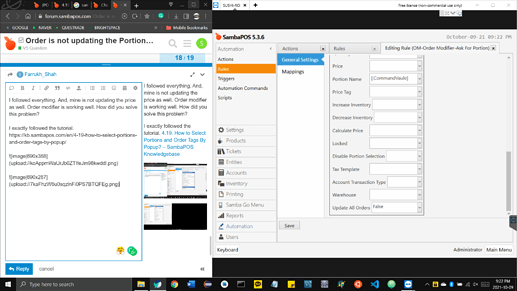 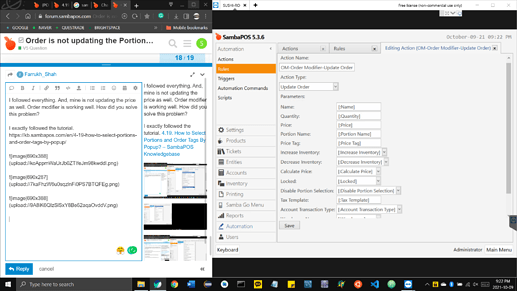