Plus the Order Tag prices are not showing, and if you sort the Prefixes, it will delete the last one. 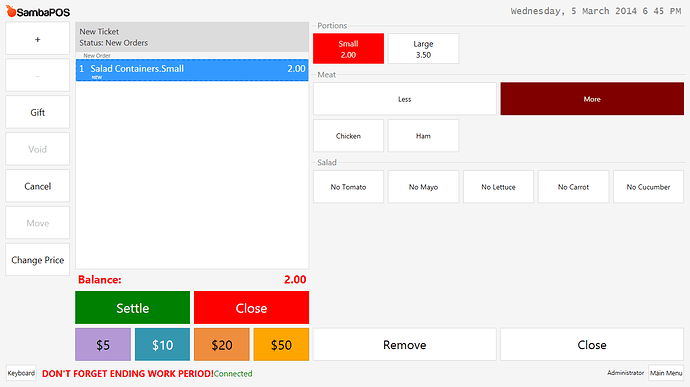 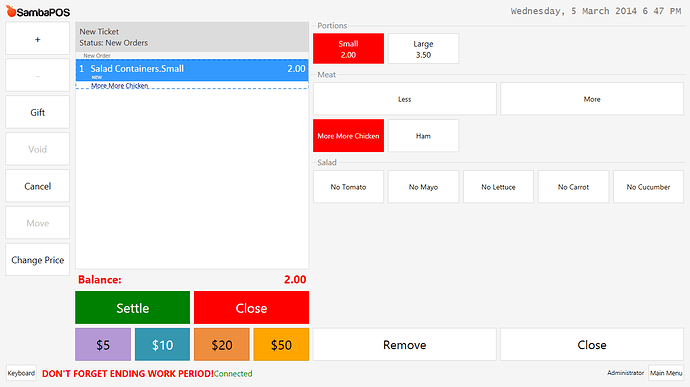 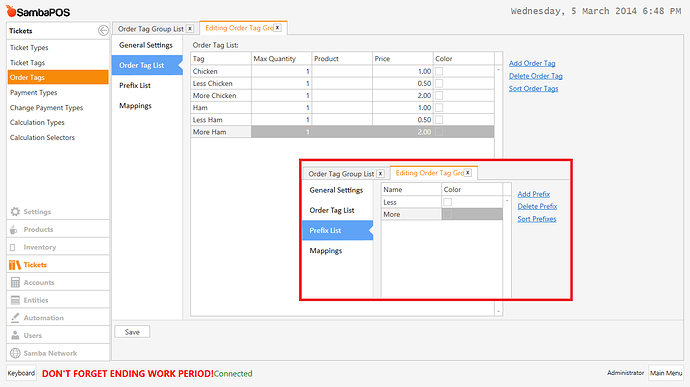 Hello John. I’ve solved it. It will work fine on next update.

also, if you click a prefix that is already selected it turns black, then if you click it again it will deselect it. could you remove the turning black step, so it behaves like a toggle?

I just tested it and your right. THe prices are showing correctly its just not showing the More Product button until you press it. I agree the button turning black seems unnecessary because it represents no behavior that I can see.

The prices toggle correctly but the behavior of the More and Less prefix buttons do not act like they should.

Furthermore: if you press More then press Cheese: It adds the tag to the order. Then if you press Less then Cheese it just takes the order tag off the order but does not add Less Cheese.

It seems like to me it would make more sense if when you press the opposite button and then the order tag it should just replace the current tag with the new tag instead of taking the tag off the order. It is basically adding an extra step (having to press Less and then cheese twice to change it out)

That makes sense. Thank you for clearing that up.

I should have given more detail before.

Currently, if the tag tomato has a price of $1 and I use tomato without a prefix, $1 is added to the product price. However, if i use a prefix with tomato, the $1 is not added. In summary, tags when used with a prefix do not update the price.

I also have a feature request that ties directly into prefixes here, but that’s another topic.

What you described worked fine on mine. I just tested it… its working fine.

Then I must be doing something wrong, I tried it on 3 different PCs with the same result.

How do you have your order tag setup that is not working. Can you take a screenshot ?

which screens do you want to see?

Your order tags and your prefixes 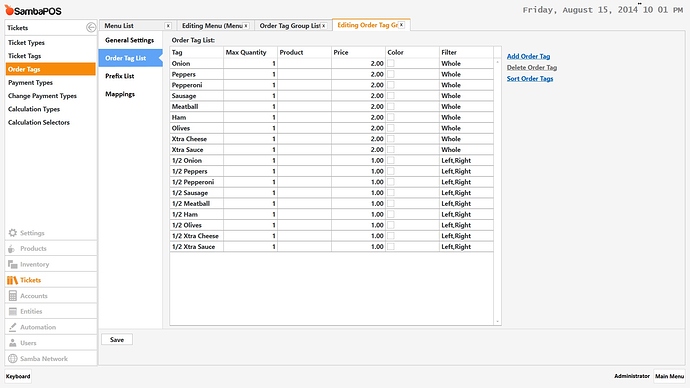 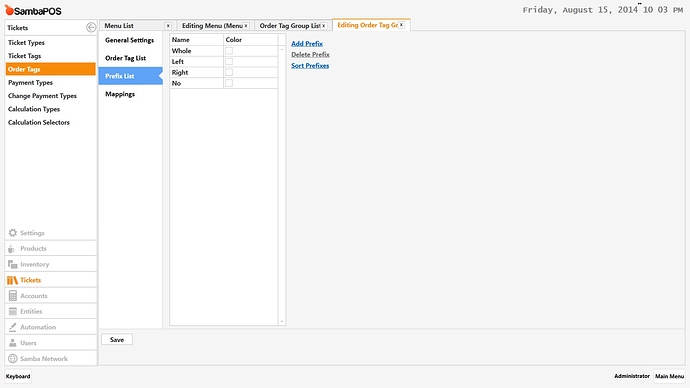 So which ones are not working?

All of them. If I use the * filter, it will work if I don’t select a prefix, but if I do use a prefix it won’t work.

So your not assigning them to a product? Trying to follow the flow of what your doing. So for example the 1/2 onion you do not want the Prefix Left or Right to show? The filter is basically telling it to make that prefix not available.

If you want 1/2 onion on Left Side of pizza… your filter is making that impossible because its taking that option away from it. You do not map these to a product? I figured it would be mapped to a pizza or something.

What is the Prefix No used for? I assume to say No cheese or something like that?

Uploading a screenshot to show you how you should have it setup. 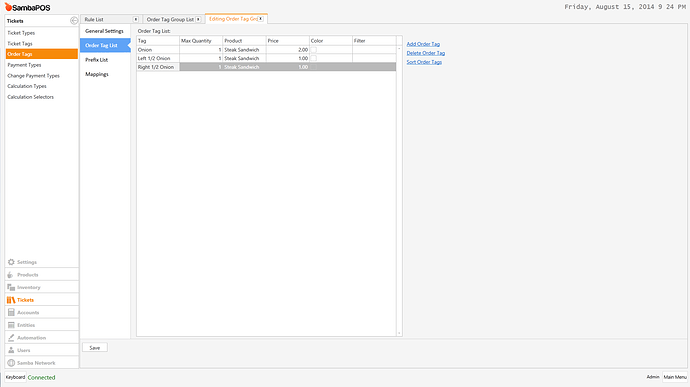 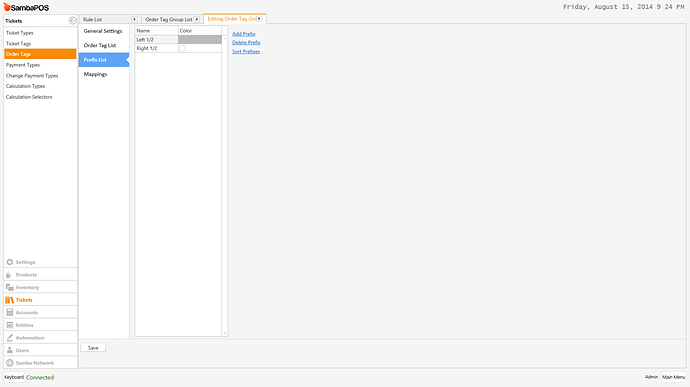 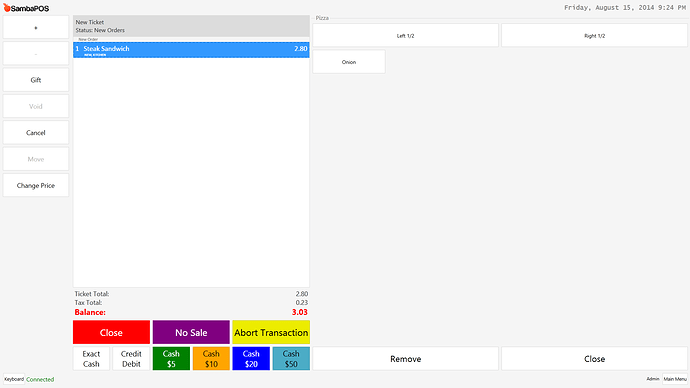 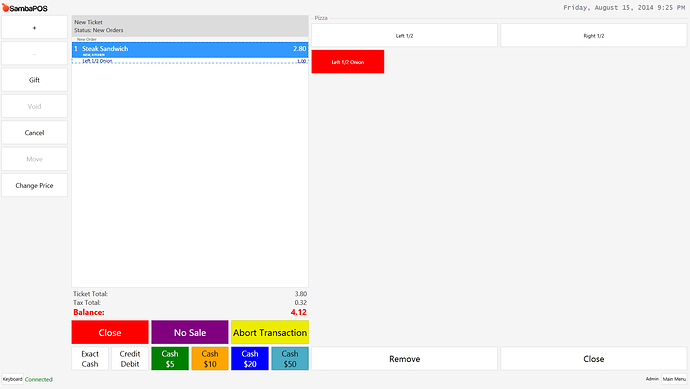 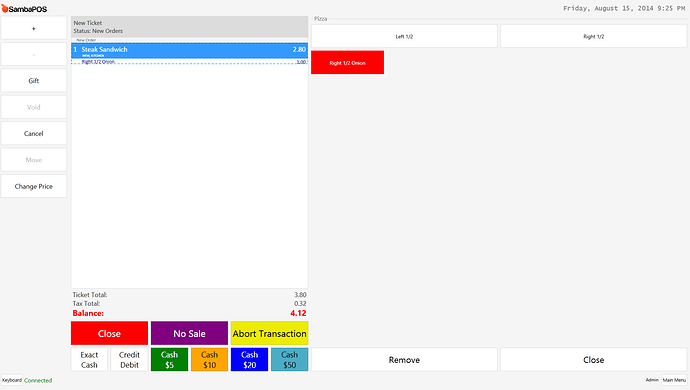 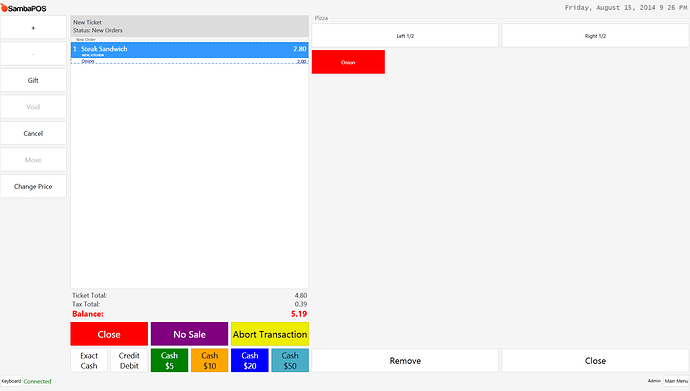 I thought if I left Product field blank it would apply to all products in that product group. Is this wrong?
I can select “Left” then select “1/2 Onion” and it appears on the ticket as “Left 1/2 Onion”. There just is no price with it.

You would use filters if your using more than 1 modifier… example… Left 1/2, Right 1/2 And you also had one called Light to modify total pizza cheese…