I need a way to have a default prefix when I click on just a variation. That is, I do not want to click on an area code first and then on the variation.

Now I have the changes and when I click on them in the commands I get an asterisk (*) and then the name change, because then I set the print template. I would like to figure out how to get forward at every change the + symbol when it comes to addition and then the correct prefix for each prefix before the area code when I click.

If I click on Vanilla without first click on any change I would like to come out in the press the + symbol before the name change of Vanilla. That is:

You are using the tags wrong. Read this it might explain more. Click on the arrow to view entire conversation. Read the interaction I had with someone else on this same topic.

Uploading a screenshot to show you how you should have it setup.

Dear @kendash, I don’t understand what you mean.

I need a default prefix when I add a variation, as my example.

I read the entire thread you posted, but no, I do not understand.

How should I do?

We talked there we should avoid Smurf Naming

There is no need to put “Add” in front of all tags. Just add prefixes for the unusual so they’ll be noticed easily.

again, with other words:

I need to print on commands the symbol “+” before the name of the variations without use prefix (onyl with a click on their name).

Is it possible? How?

I think i understand what you want now. You can simply add a + before your order tags in printer template. And delete the prefix

No, I want add on the screen and on the print the symbol “+” when i don’t click on any prefix before the click on variation.

And I want the other prefixs normally like now.

When I click on the Vanilla I need just:

When I click REMOVE prefix I need on the screen and on the print:

How to add “+” symbol without click before the prefix?

So I am not understanding your operational flow.

OK so it is as we thought. You are not understanding the operational flow. You do not have to use a prefix for Add Vanilla or Remove Vanilla… your order simply just will not show vanilla if you do not want vanilla on it. If the product comes with vanilla by default and you want to show Remove Vanilla then the product name should say “Vanilla Product”

If the product is not Vanilla by default then why would you put Remove Vanilla if it never had Vanilla to start with.

I am afraid you are not going to understand unless you read a little deeper into the conversation I posted earlier.

I apologize if I still can not give the idea of ​​what I want.

I simply want to add on the screen and on the print the “+” symbol to a variation without first clicking on a possible prefix “+”.

I have to use this technique in a baby store:

when a child is angry, I will use a prefix to say that ice cream should be served to that child with “malice” or with “delicacy” or with “confetti”.

How do I add, without clicking on any prefix, the symbol “+”?

Of course there are also other prefixes, such as EXTRA, SINGING, hopping.

Now the question is clearer?

You can try order tag grouping feature instead of prefixes. 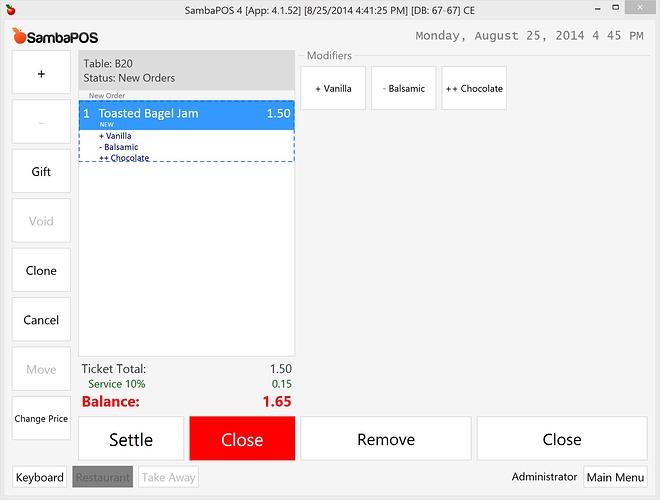 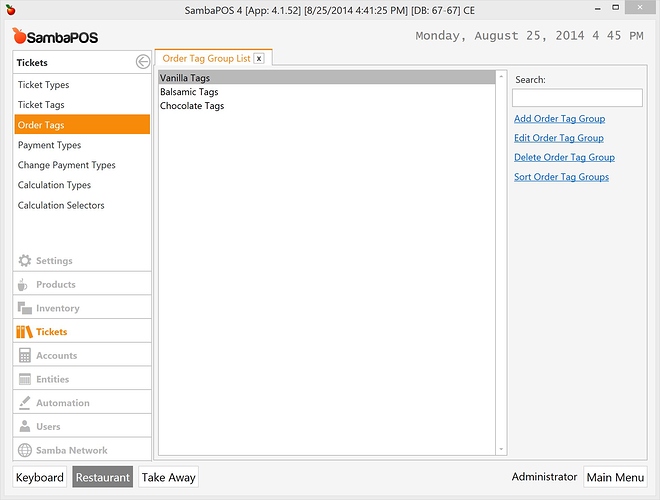 You’ll create separate tag groups for each modifier. Name them as it should appear when no tag is selected. 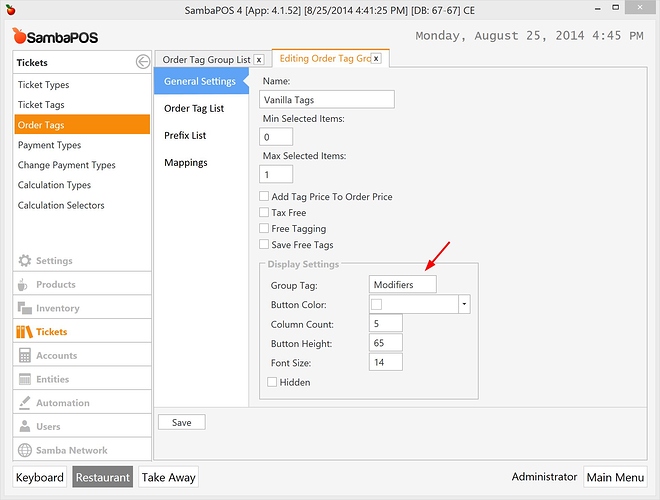 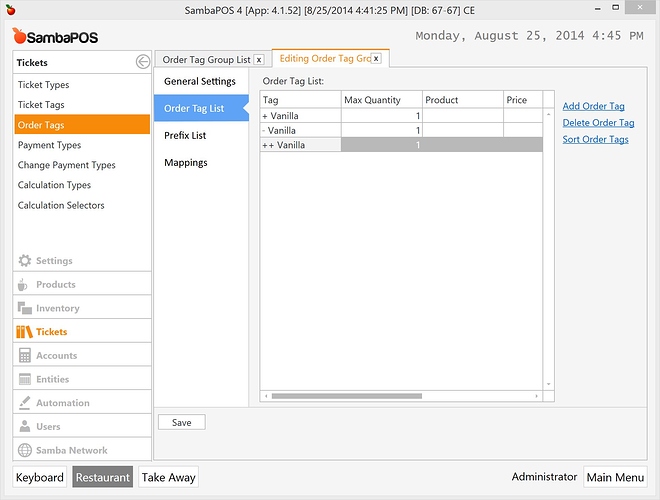 Enter all possible values. First value will appear first when you click tag. 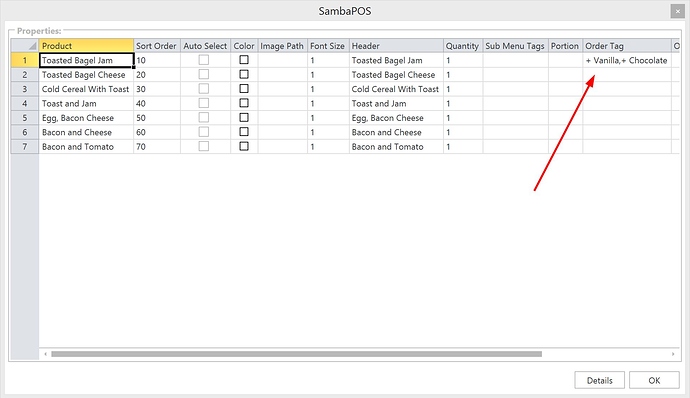 When you add order selected tags will automatically appear. 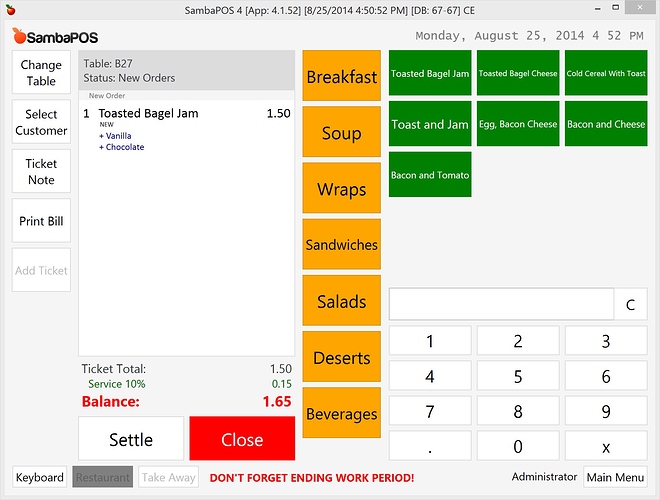 Wow your menu must be huge.

Yes. Still no solution to my problem.

And if we use only a print language?

I’ll be honest I am completely lost. It sounds like your using order tags to accomplish a lot more than they were designed to do.

The tag structure you described above sounds chaotic and very unorganized.

Wasn’t it a good idea to let us know such details at first place? Sorry for wasting your time with that useless suggestion.

I can see how to use DEFAULT filter too. Let say I have the list of all order tags that will be displayed when order line is selected (no prefix clicked) but what if we want some of default order tags to be hidden when prefix clicked and show more specific order tags (not show at default).
For ex:

You can make your order tags operate so when you press them multiple times it will add quantity each press and reset back to 1 when you hit the limit. You can use prefixes to modify a single Order tag. Example More Shrimp … or 6 Shrimp.

I did not know that… how?

I will show you in a minute. Let me build some screenshots. There are several different ways to use Order Tags. A lot of people are confused and think they work one way. The reality is you can make them function about 3-4 different ways.

First lets start with a very common method of using Order Tags. I will use Hamburger as example.

I have Hamburger item with 2 Portions. Single and Double.

I have order Tags for it so customer can choose what they want on the Hamburger. 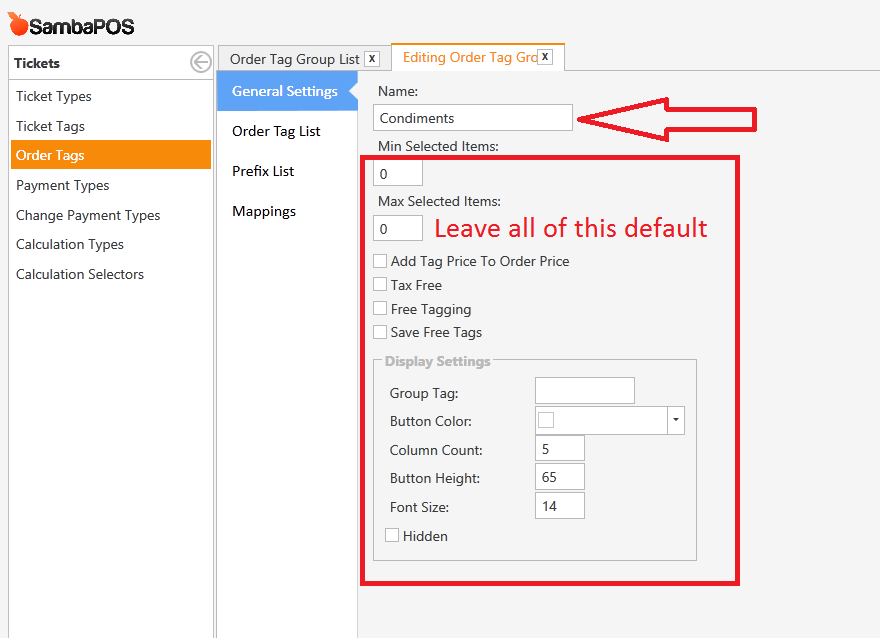 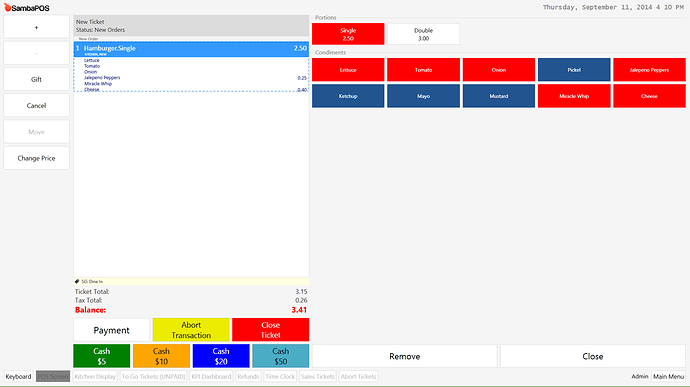