finaly it works with me.

you need to create .bat file : 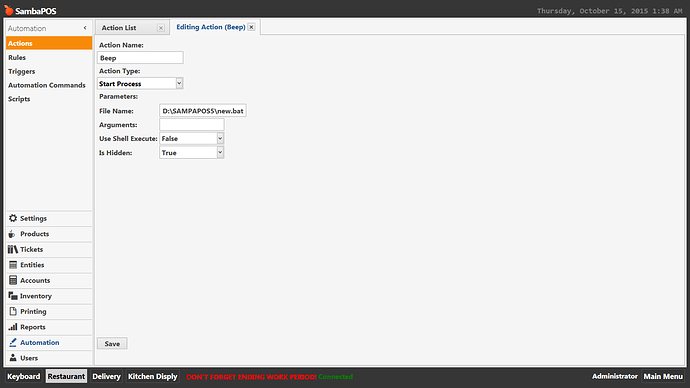 then add this action to the Ticket Closing Rule to run the sound every time new order send to kitchen. 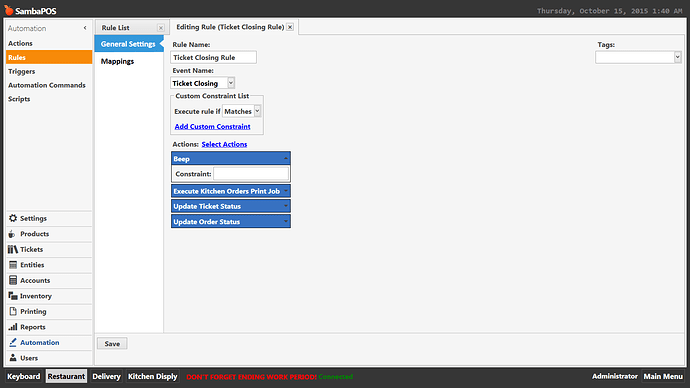 hopfully this will benifit some one

Thanks very fancy will use it surely

To avoid playing the notification sound again when try to clear the kitchen order, you can create new rule with Before Ticket Closing Event. 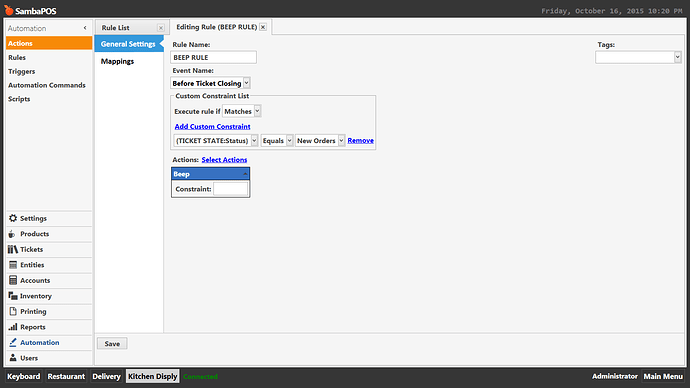 Thanks to Emre , Kendash and every one help me with it.

helo
how i can create a .bat file?

how i can create a .bat file?

Write your code in notepad or similar and save as .bat

Hello JTRTech,
i dont know what code i need to write there…

Google batch files you should get some ideas.

i dont know what code i need to write there…

you need to create .bat file :

Helo QMcKay
i dont know how to write the commands you can show me that please.
I know almost nothing about scripts and commands…

Umm he just showed you… it sounds like you need to learn then. I dont know what else he can do other than fly over and do it for you… doubt he would do that.

.bat files is not SambaPOS related. You should google .bat files and study them. They are VERY Basic and you can understand them in a few minutes if you would google it and read.

But since I feel somewhat good this morning I will give you a simple layout.

Now you have created a .bat file named ilearnedsomethingtoday 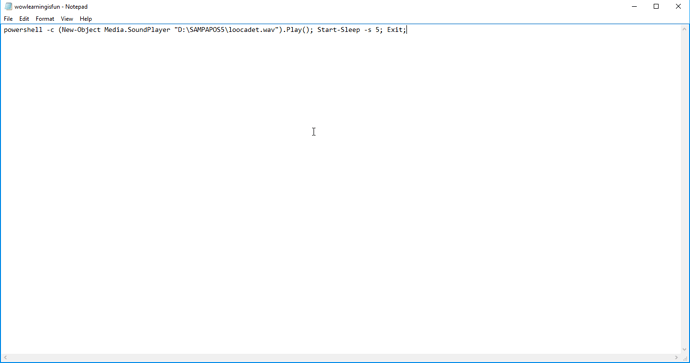 Here is a more complicated explanation for you to read.

Thanks for the answers but its not working jet…

Ok thanks for letting us know its not working unfortunately we can’t really offer you additional help at this time. To get further assistance you need to explain what is not working, what you have tried, and most importantly share some screenshots so we can find out what you have done wrong. We lack the ability to know these things without you sharing them.

Ok i will show you what i have done:slight_smile:… 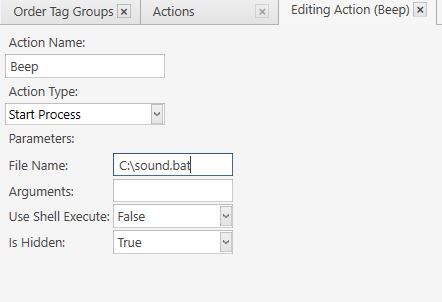 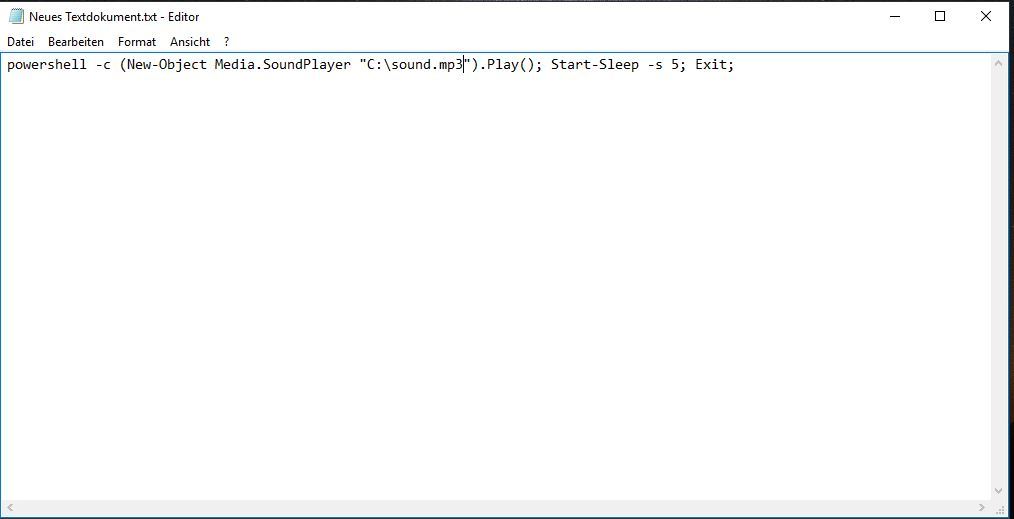 i did it with the same comands too;
“powershell -c (New-Object Media.SoundPlayer “D:\SAMPAPOS5\loocadet.wav”).Play(); Start-Sleep -s 5; Exit;”

looks like sound.mp3 is not located in c:\ it is located on your desktop. You need to change your .bat file to C:\Users\youruser\Desktop\sound.mp3 or just move it to c:\

Also your .bat file is not located in c:\ it too is located in your desktop.

So either move them to c:\ or change your file path in your action and your .bat file accordingly.

no i change the location

i did it only to show you the files…

ok i will check that… thanks

You better not use c:\ I don’t think user have permission to access root c:. Move everything to user directory.

Your error is appearing because the Start Process Action cannot find your BAT file. This is because your BAT file is called “New textdocument.txt”. You need to rename it to “sound.bat”.

And yes, you need to place the sound file in the same location as the BAT file.

Thanks for the help but its still not working, its possible that i have problems with admin rights…