I’ve setup the printer function according to the emre’s tutorials but for some reason SambaPos is not sending print jobs to the printer and nothing happens when press the print bill button. What am I missing? Thanks for your help.

Is printer plugged in?
Connected to till?
Port setup?
Can you print from Windows? Notepad etc?

Can you give us something to go on?
All you have told us it’s not working?

yes it is all connected and port setup, I can print from windows
my printer model Zj-8220wifi, it is connected now with USB interference

And you selected printer name in samba?
Show you printers and devices window/list in Windows and you ticket printer settings tab in samba.

Yes I have selected the right printer 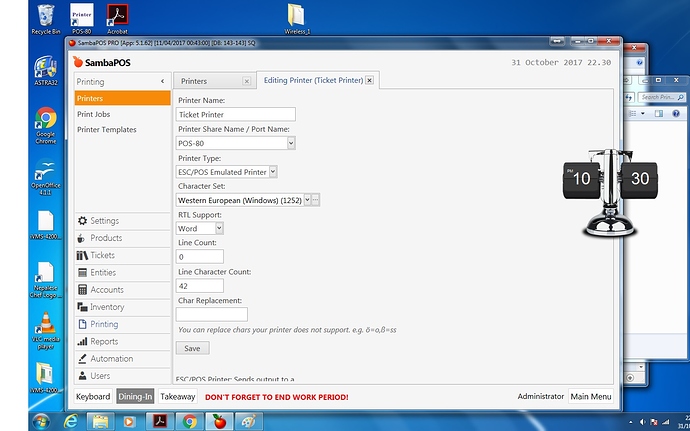 Can you show yout print jobs?
And Print Bill Rule 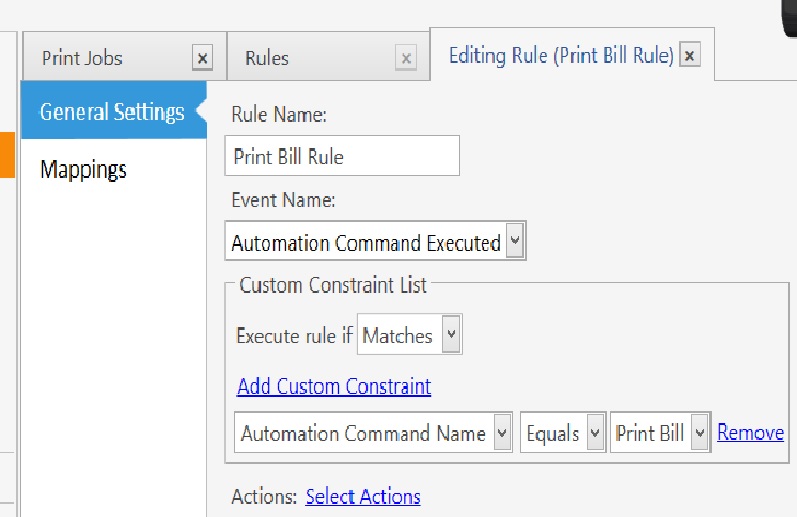 Done in only prints to server?
Got any actions in that print bill rule?

Could you show your printers list under windows Printers and Faxes?

Yep, there are actions in the print bill rule 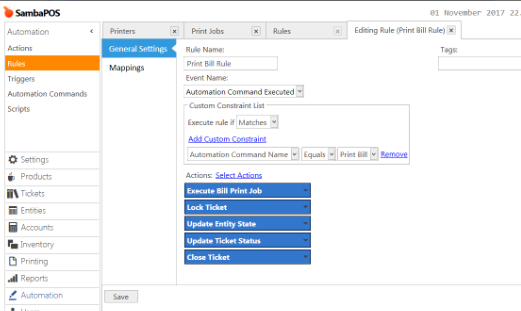 It’s a Chinese 80mm printer, one of these: http://www.zjiang.com/en/init.php/product/index?id=34

I’ve installed the driver and when I print a test page it works, but SambaPOS itself does not seem to be sending a print command to the printer.

We’ve had the same problem with a look alike Chinese one. It was the printer in our case.

Edit: in our case t would print at the start and then it stopped. I could ping it through wifi or detect it through usb but it would do nothing. We tried to reset it using the hardware reset button since then we can’t get it to do anything.

so did you find a solution or did you get another printer?

We just brought another printer

Hi I was having problem with Chinese printer, now I have another printer installed Zj-5802LD and tested working fine with Windows but I can not get any response on samba, here I have attached screen shot could someone help me please 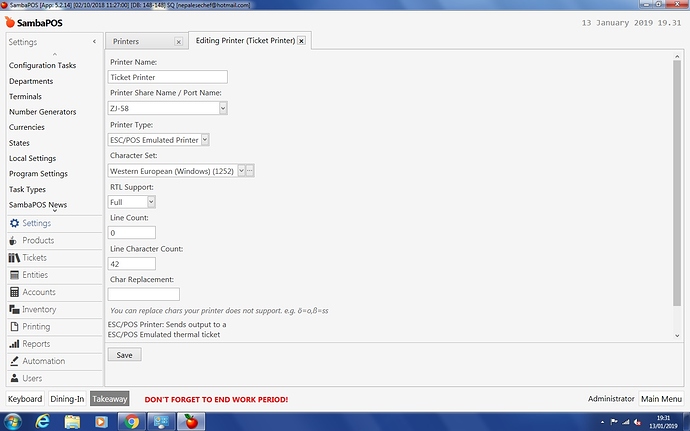 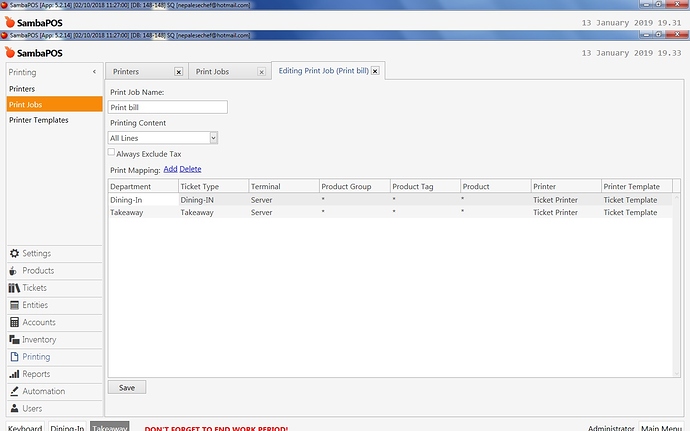 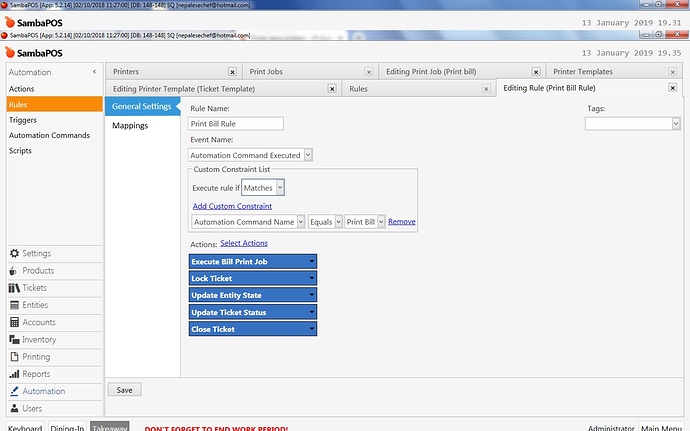 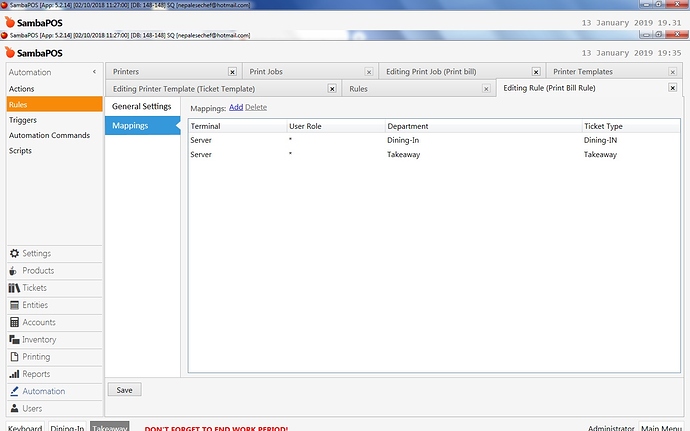 Show your printers in Windows.
Try test print in Windows driver options and/or from notepad.

Hi here are some screen shot 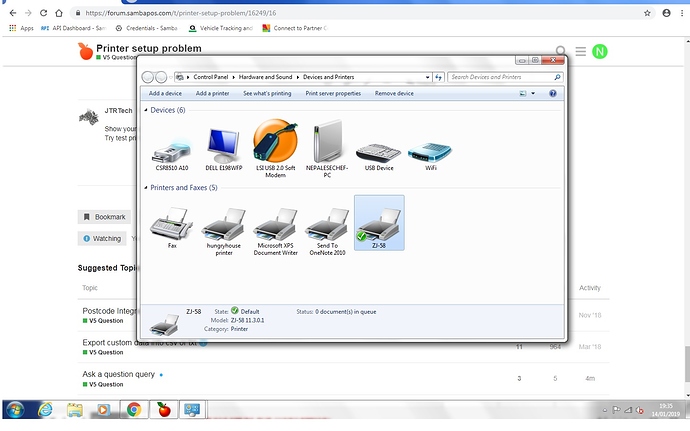 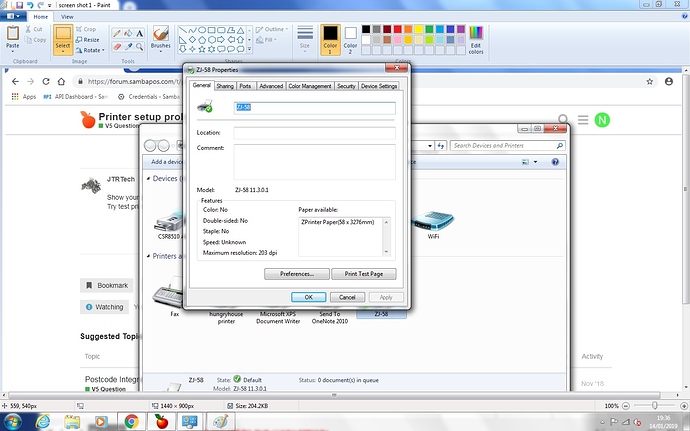 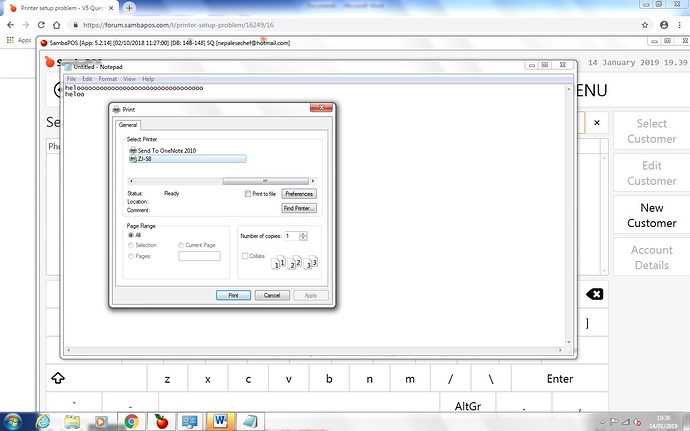 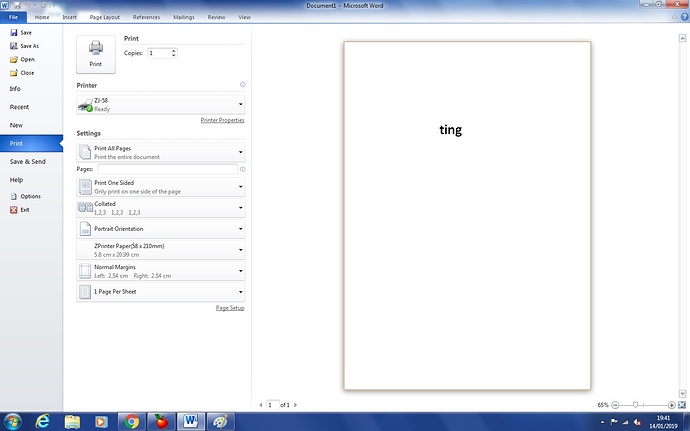 And it prints from windows?

Just looking at you mapping, not saying its the problem, but you know * means any/all, you dont need to map each department/terminal for the same thing.

So sounds like issue is in your samba configuration for printing.

Just notices your print bill rule looks like its using the default ‘Execute Bill Print Job’ action but your print job is called ‘Print bill’ with lowercase b. Sure the default rule would have been title case.

Can you show the ‘Execute Bill Print Job’ action and your list of print jobs.