Prompt for number of Person

instead of selecting the number of person i want to prompt from user. i followed tutorial to get guest

can i get some help not confident enough to do so. 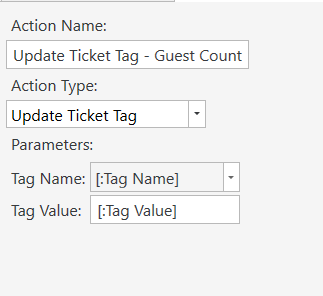 Rule to handle it as a prompt: 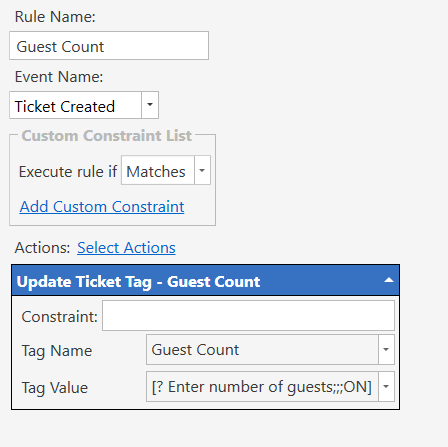 This sets it so as soon as you create a ticket it asks for Guest Count. You can set this automation anywhere you like if you do not want it asking for every ticket. I used this as an example.

Remember you still need to define a Ticket Tag for it to show on reports I skipped this step as you already knew that from the tutorial. The tag i defined was Guest Count.

ok thanks so in tutorial the tag is 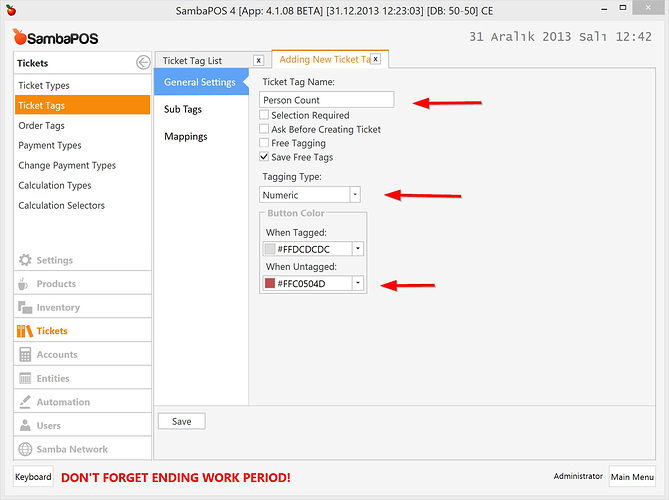 Color wont matter if your auto prompting. But yes that would be it. BTW you can skip the Sub Tags as you will be using Numberpad for that. Also do not need any mapping.

Correct. Remember if you want it to fire when selecting Ticket Tag then you would need mapping and you could use colors. But for either version you would not need the sub tags as you are now prompting and not selecting.

when the tag is selected no action is taking place.

do we need to create a button for guest then on that button update ticket tag??? or something else ??