Just going back to

I was very interested on the group colour coding in the order menu. I can see the action, but do we have to make 1 for each individual group code we make? and does it have to be bound by a rule to make it happen or just action is enough>?

You can make 1 action with variables, then add this to an rule and set your colours from within the rule with the action added

You always need a rule, if there is no rule you havent told samba when to fire an action. I cant remember the rule to use as not at PC, but possibly order added rule

Without Rules, Actions never happen, so yes, you will need a Rule. 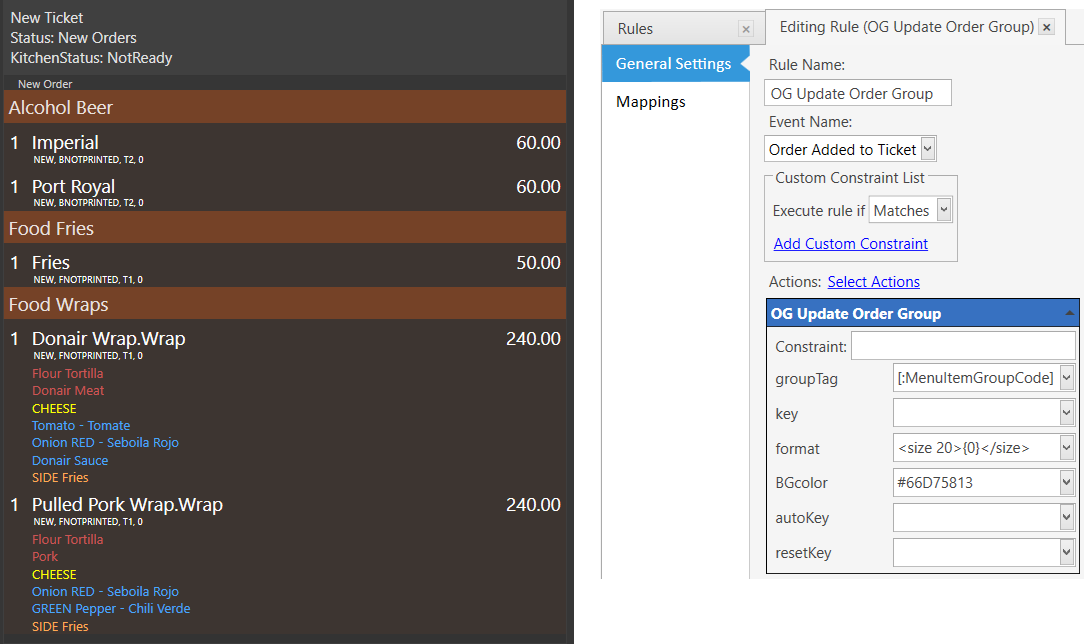 Ahh Ok, so in reality you would still have to manually put each individual group name for it to work within the rule.

So then I’d have to re add that action numerous times and change the color of each type and it should update automatically within the same rule yes?

Yes. You can use multiple Actions in the same Rule, or separate Rules. It depends what works better for you.

Also note that I used [:MenuItemGroupCode] which is the Product Group Code ({GROUP CODE}), just as a quick example to set the Group Tag Header (which you can also leave completely blank), but the Group Tag in the Action is completely unrelated.

Here is a better example to illustrate this … 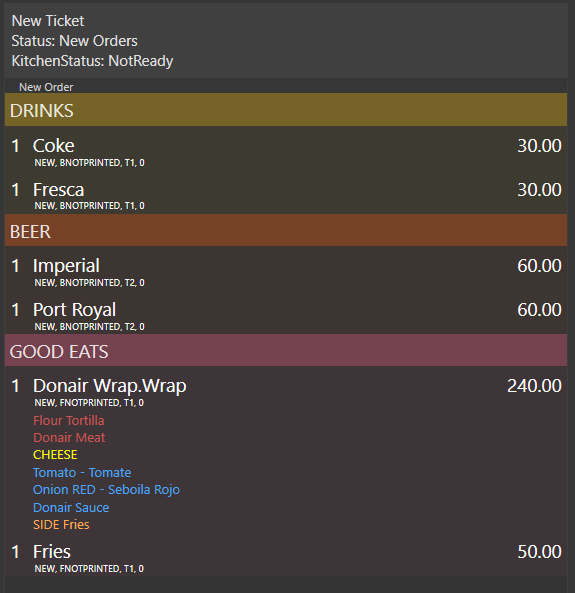 And here we use no Group Tag, but the BGcolor does change … 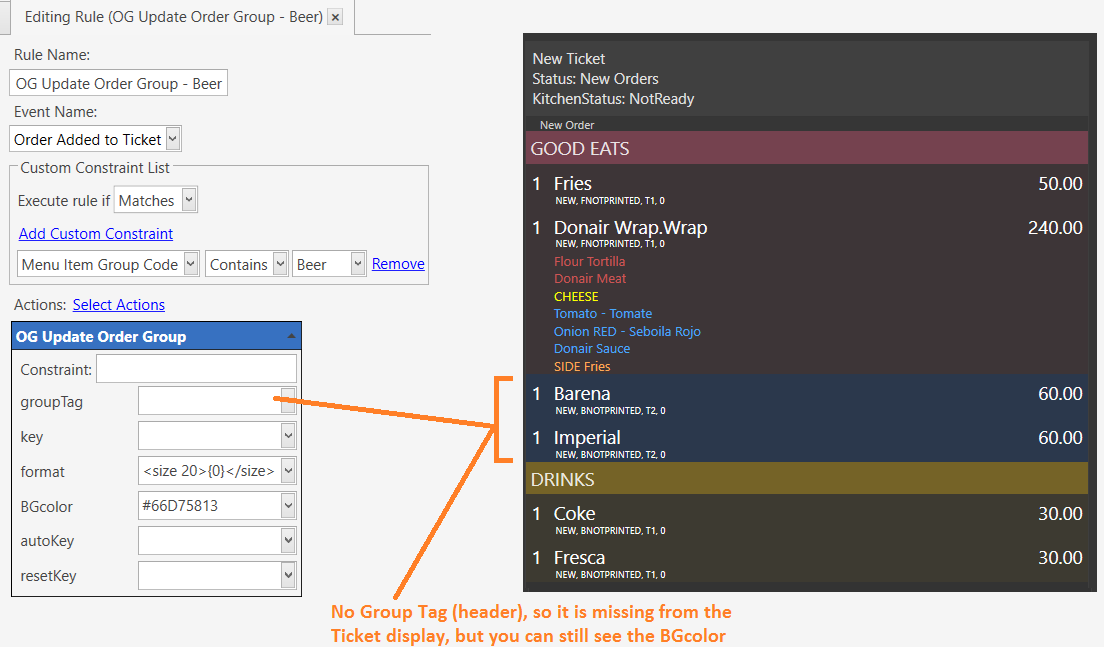 Ahh I see, so to make it like this, you would have to create a rule for each group .

Scratch that, I you already answered it haha.

Ok Now I’m wondering if we can make a configuration tasks that allows us to insert our group names, and it creates a rule for each group type automatically.

That would be so ideal on new setups, as I think having a feature like this out of the box for clients is neat

Great idea on the configuration task and yes it should be possible.