I need an option to add 18% Gratuity manually to a Ticket. I followed Emre’s tutorial below, but this does not show under Ticket section. It shows under payment screen.

I would like it to work in the following manner: 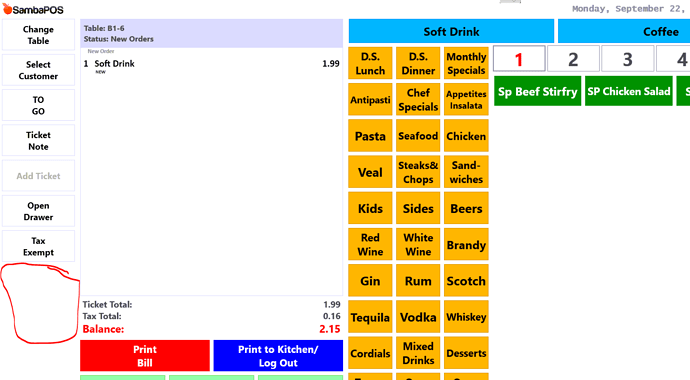 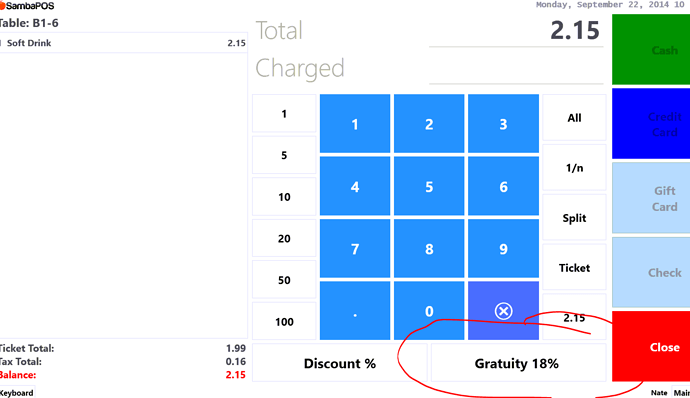 Be sure Tax Included option is checked for the calculation type

You would need to delete the Calculation Selector and instead make it an automation command with an action to execute the calculation.

To turn it off you simply just press button again. Toggle Calculation has to be selected 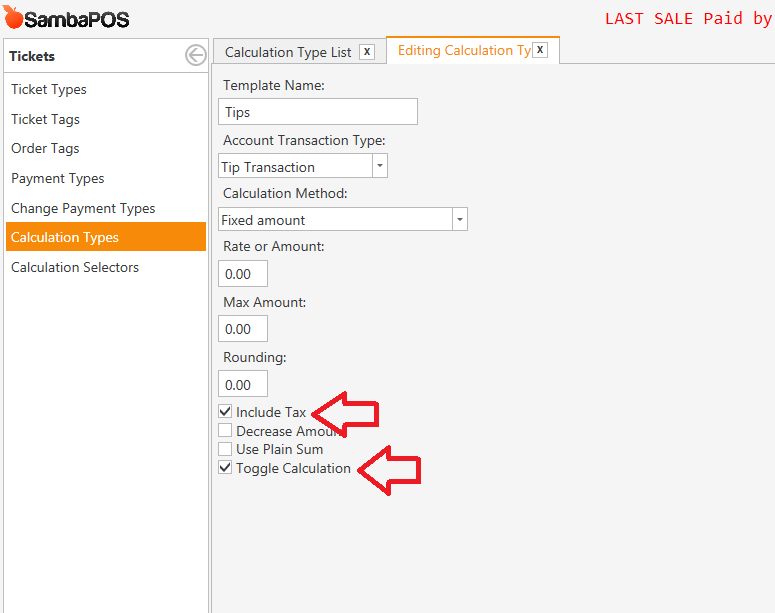 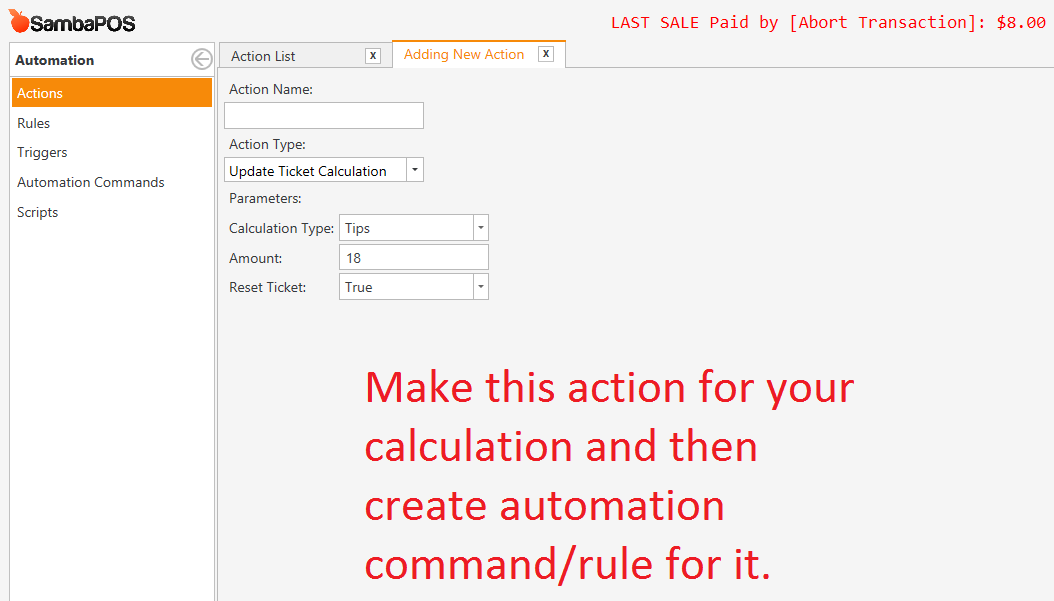 Thank you for quick reply. I created an Action, Rule and Automation Command. It is almost working except it is adding $18 to Ticket Total. I need to add 18% to Ticket Total.

Also, what should I add to Ticket Template to print Gratuity.

You did not select fixed amount like in my screenshot did you? I did not mean for you to set it to Fixed amount I was just wanting you to look at the arrows

I tried “Rate from ticket Amount” but it did not work.

Not sure what I am doing wrong, but it keeps adding $18 instead of 18% 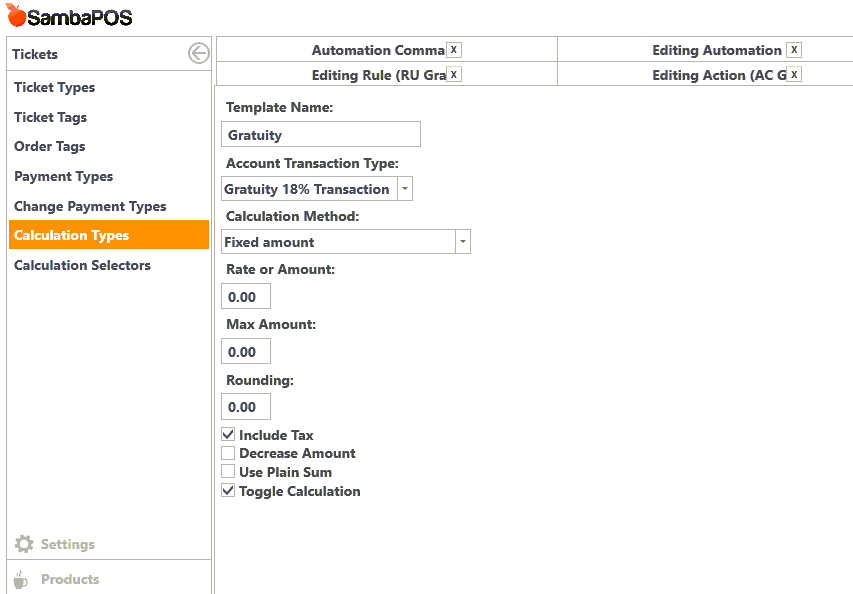 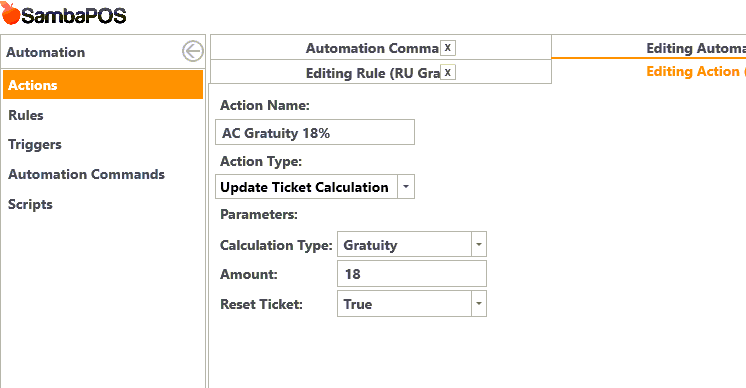 I tried both “Rate from ticket Amount” and “Fixed Amount” and it is just adding $18. Thanks.

I will look at it when I get home

Thank you very much. @kendash

It works just fine exactly as I showed you how to make it… one exception I did not mean for you to copy my action. You need to change Calculation Method to Rate from Ticket make sure Rate or Amount is 0. Max is 0 and Rounding is 0. Check Include Tax, Use Plain Sum, and Toggle Calculation. Then follow rest of what I told you to do. You probably need to log out and log back in for calculation type to take affect. 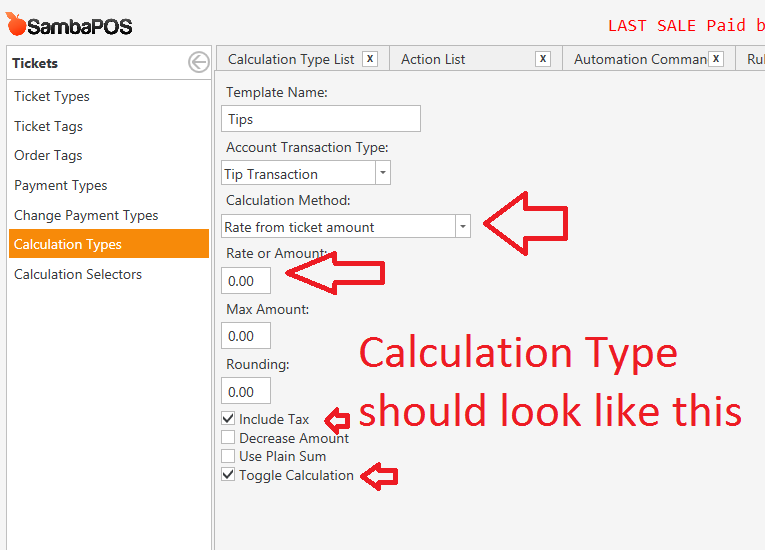 Thank you for your help again. Gratuity was set-up properly at the beginning. I just kept forgetting to Log Off.