You can either use MSSMS (Microsoft SQL Server Management Studio) or use Database Backups tool from Market Place.

If you use MSSMS then your Server Name would be (LocalDb)\v11.0

Structure of the database for LocalDb might be slightly different I am not sure if it names it SambaPOS4 or not. I should install a localDb version just to check that some day.

if I install the sql express and redirect the data connection string, would the current instance be still intact and be automatically backed up via sql express?

It would run independantly. It would not be auto backed up no.

I’ve typed in test.sdf in connection string and restarted sambapos. now I get error message saying that it cannot be found and the program terminates. I mistakenly thought that typing in such would autogenerate a .sdf file. how do I reverse this? I’m not able to get into the program

Why would you want a .sdf file? This is only if your running CE.

so I’ve made a back up file, installed and ran from sql serve, and, now, trying to restore to backup database. the restoration gets aborted with this message. what could be the problem? any help would be much appreciated. 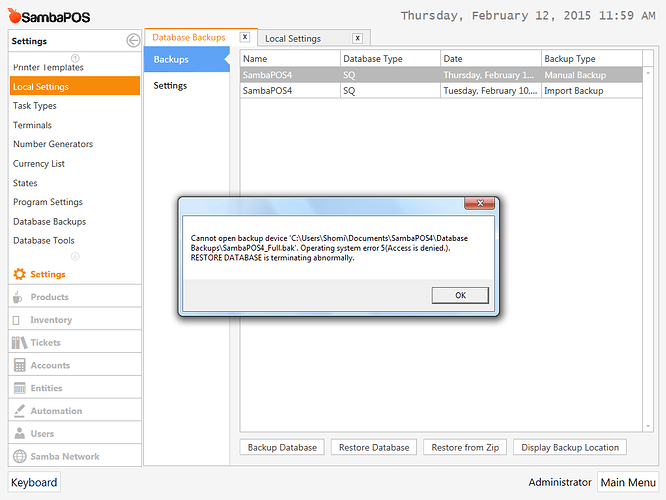 It means exactly what it says. It does not have permission to that dir. Move the zip file outside of your user dir then try.

moved the zip file to c:/programdata/sambapos/sambapos4/ and tried to restore from zip file. I get a different error message. 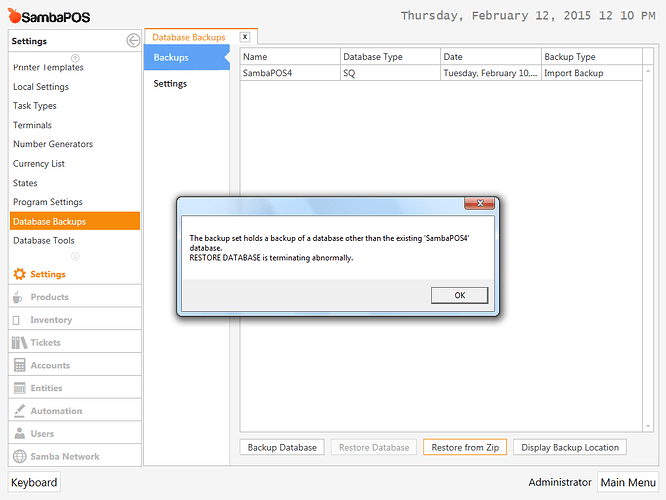 Go to settings and mark the Allow overwrite.

I’ve tried that already with no success. I’ve got a longer different error message with that trial. 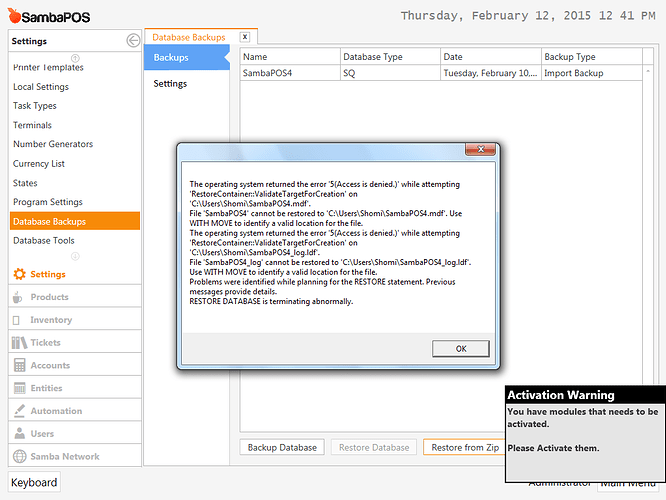 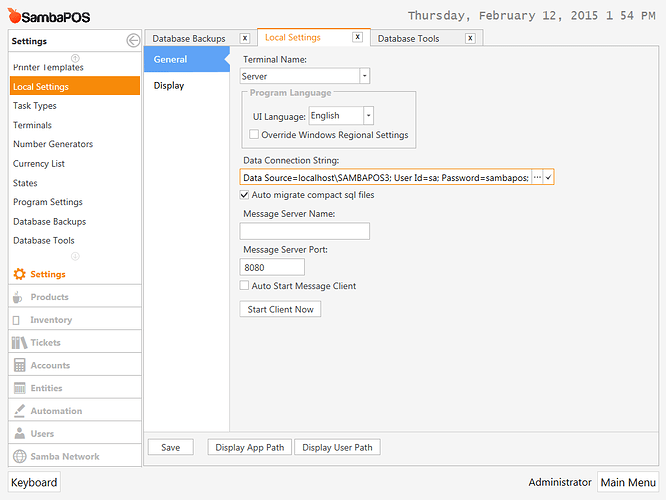 I moved 9 posts to a new topic: Help with Connection String

I moved a post to an existing topic: Help with Connection String

Issue - Cant connect to server PC from a client PC.
My circumstance;
I initially installed Samba using SQLEXPRESS 2008
I didnt not use named instance then (SQLEXPRESS)
Authentication is windows authentication
I have also setup 4 android tabs using direction on this platform, all tabs are working.

Now i want to add another Point of Sale PC (running windows). After going through the step by step database configuration tuitorial, i did the following;

These are my question;

Thanks, I know you can help

Should i backup and install SQLExpress 2012 so i can change instance name and authentication type?

If there is no other way to change the Authentication Type, then yes you could backup the DB, uninstall SQL Express, re-install it with Mixed Authentication, then restore the DB. I recommend that you use the most recent SQL Express 2014.

Here is how to change to Mixed Mode using SSMS …

The Instance Name is not particularly important, so long as you know what it is. I always have had my Instance as SQLEXPRESS since that is the default, and I host more than 1 DB on the DB Engine, some of which have nothing to do with SambaPOS. IMO, I do not recommend changing it from default to SAMBAPOS during install, but hey, that’s just me.

Check this value in SSMS as well… 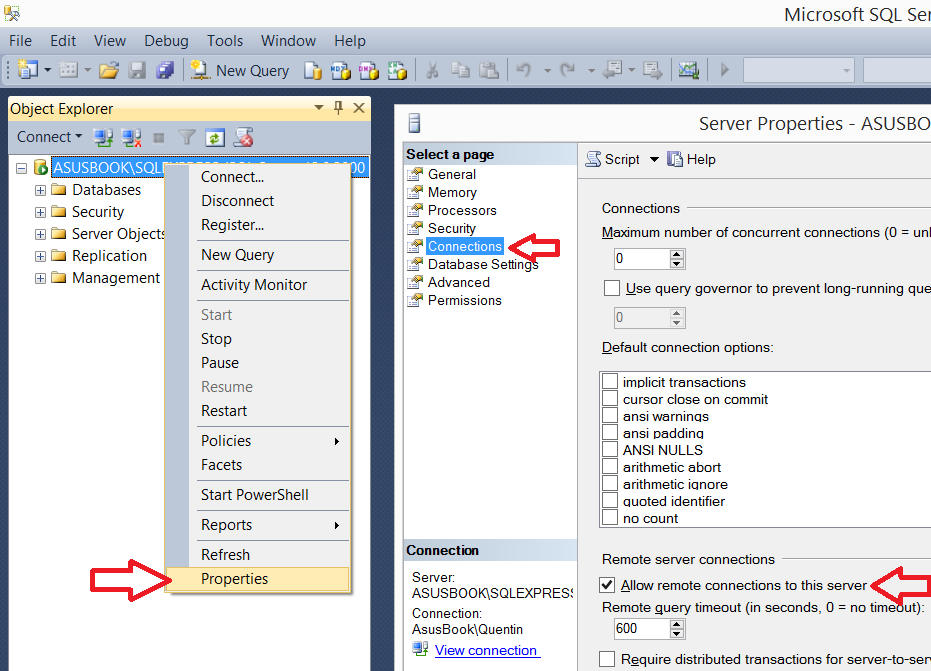 the network icon shows “Network 4” whilst on client PC is “Network 2” … Can the different network names be the cause?

No, this would not cause your issue. Those names are completely arbitrary. What is important is that your computers can all see the “Work Network” and any of the Computers and USB Printer shares being viewable indicates your network is functioning “properly”.

Ensure the Message Server Service is only running on the Master machine. Only 1 computer should be serving, while the others are clients/slaves.

Thanks Q MCKAY,
I have done as you suggested. Challenge persist. Tried connecting from client machine with the “sa” credentials and with blank credential as well, non worked.

Are you getting a connection error? If so can you show that full error? What version of windows? Finally is the SQL Server Browser service running on the Server?

Hi @kendash what if you had to reformat the system that you used at the main license or migrate to a new server with better specs would you be able to reuse the license or activate there ?

Which license are we talking about? If you mean the SambaPOS modules yes you can log in to the website and clear license keys.

Do i add a new login under securities in the DB for client machine?