Does this feature support in the new recently release? I read the new feature in version 5.1.57, but you did not mention in the list.

@pheakdey_micronet I have not seen much mention of breaking down access within management since this topic and the other one mentioned other than one recently where it was mentioned as being on the list for things to look at the best way to implement.
I certain ive not seen anything to imply it is implemented in 5.1.57.

It is in the to-do list. I’ll announce it via release notes when implemented. 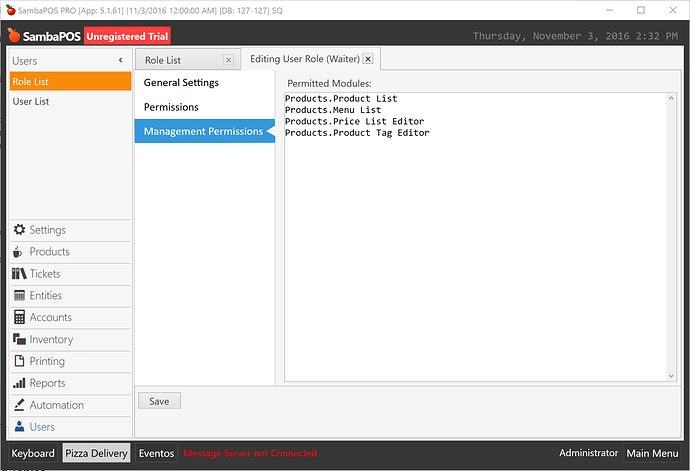 Management screen for this user role appears like that. 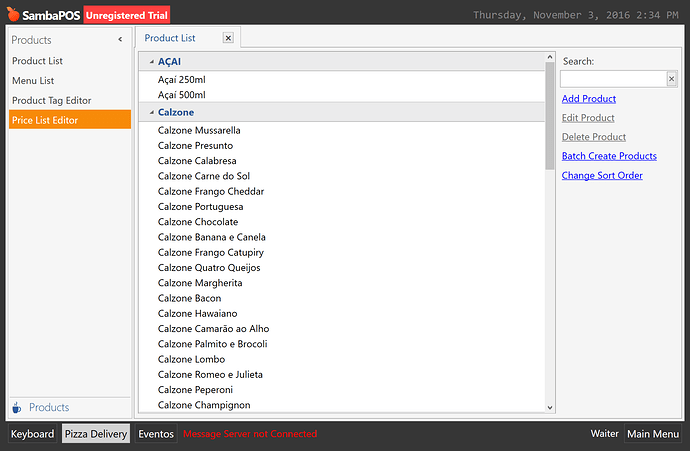 Count Me in as a happy man also

Infact, you’ve made my management functions button look much better when we navigate to the management screen!

Did he release this .61 update yet?

not yet, only beta dot dot

in the beta forum lol

Did you download update yourself, theres plenty of posts with .61 updates now. So beta forum isn’t really descriptive lol

Well, lately sometime emre use direct link as well but it will be the same anyway.

Then im guessing he didn’t update it yet because I downloaded through that link and features arnt there. Was just curious thats all, im in no rush to get it. Thanks

No he has not released that yet you would know it

Yeah, very happy with this!

@emre have a couple questions on the new permissions management:

I notice I can restrict to the category and command, but not the “tab” within the page, for example I cannot restrict to only show the “Database Tasks” tab within Settings > Database Tools. Is this possible to add for more granular control?

I notice setting the “Admin” checkbox on a Role overrides all the permissions. Can I check if this is unchecked, is there any features that would not be available to the user? (regardless of permissions set) 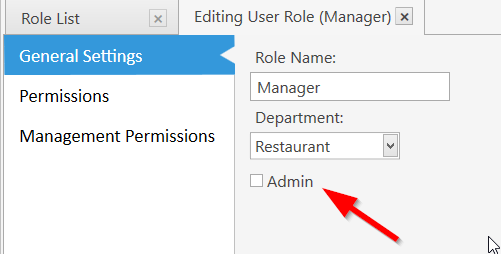 EDIT: I also note this doesn’t work if I want to, say, allow access to the whole Products category. I need to explicitly specify each command/page within the category. Any chance to allow this as it would simplify configuration?