So while creating the log we can setup custom data as

We can read log pay rate with CD.Pay Rate

I am missing something I can not get this to work. 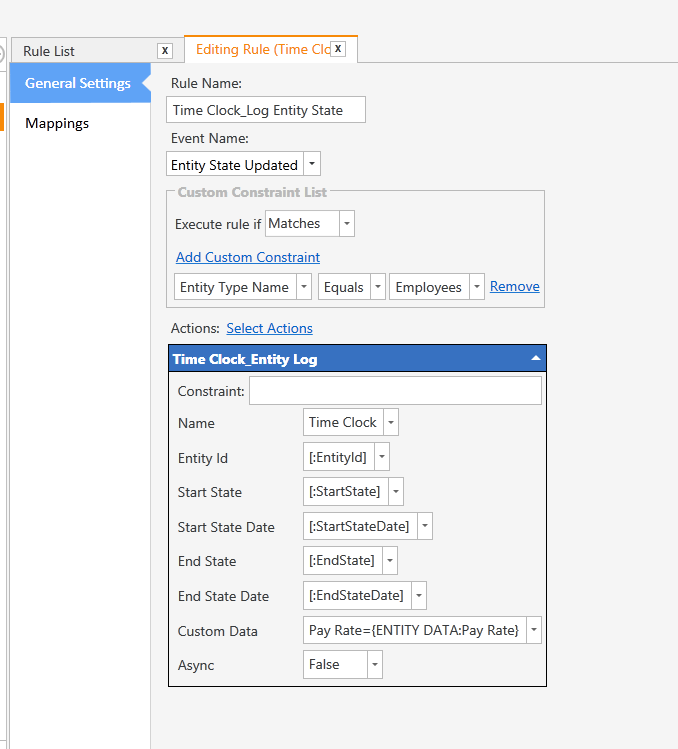 CD.Pay Rate is not working.

Wait I think I know what I did…

Shouldn’t it be: {ENTITY DATA:Employee:Pay Rate} ?

I tried that it did not work either. BTW

Wait I think I know what I did…

I was wrong still not working. 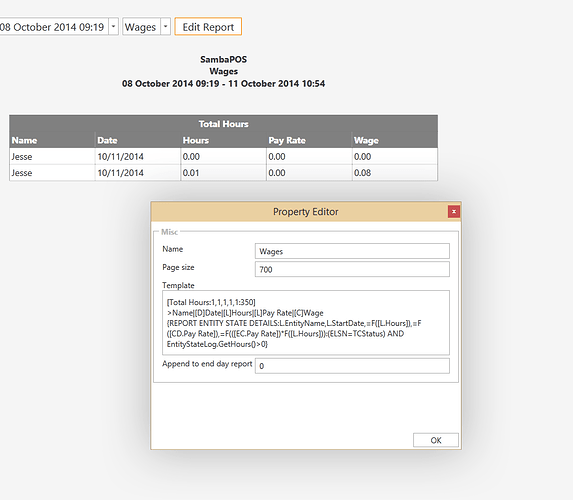 Notice CD.Pay Rate returned 0
Wages still computing because I have it set at EC.Pay Rate still. If I change Wages formula to use CD.Pay Rate the report crashes.

Strange, I’m sure that is the proper syntax to get Entity Custom Data, but you’re correct, it isn’t working…

Yet, the “Holiday” in the middle does work with {SETTING:HolidayFlag}

hmm I may actually just store it that way anyway… I kind of like that setup better. So {SETTING:X} works but {ENTITY DATA:X} does not… strange

@emre any idea why this is not working?

EDIT: I have tried everything I think its just broken

I don’t think it’s specific to State Log. Here is a Message Action that displays after a Load Entity Action…

The message displays as:

So {ENTITY NAME} works but {ENTITY DATA:Rate1} does not. This Rule has nothing to do with Log Entity State Action.

The Tag {ENTITY DATA:X} appears to be broken.

Interesting I will change the issue title.

Any idea @emre? Would love to use this.

Thank you and welcome back!

Yes, welcome back! We missed you! Hope your meetings resulted in Success!

Thank you. That was a crazy weekend