I cant seem to show the Table number {ENTITY NAME} on the slips/tickets.

On both the printed slips for kitchen and bill there is no table number.

What am I missing? I copied ticket template text from V2, could this be a factor? 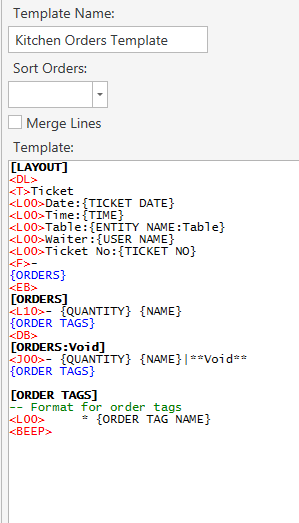 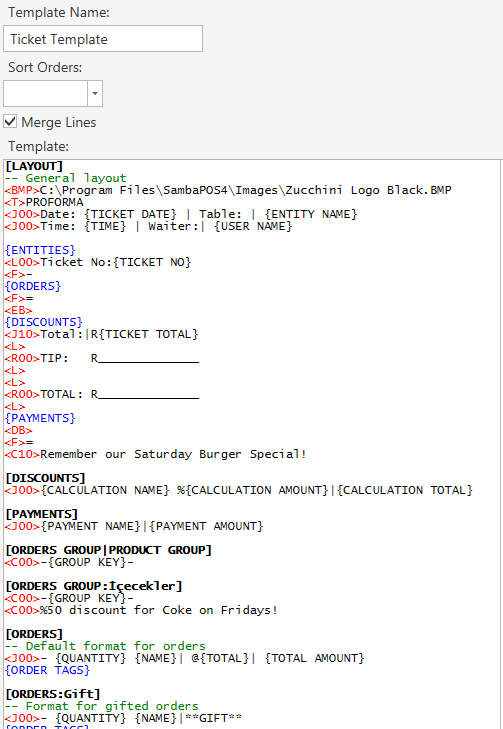 it should be {ENTITY NAME:Tables}

Nevermind I was wrong yours is right. Can you show your Entity Type screen and Entities?

I also have a problem were I cant transfer tables from one entity screen to the next.

I dont know if all this is related 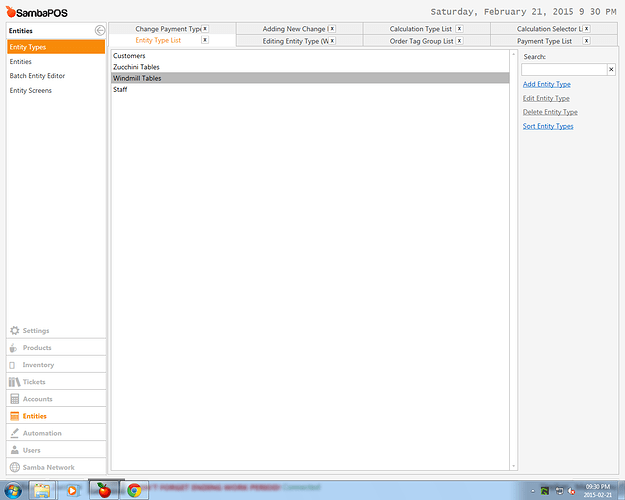 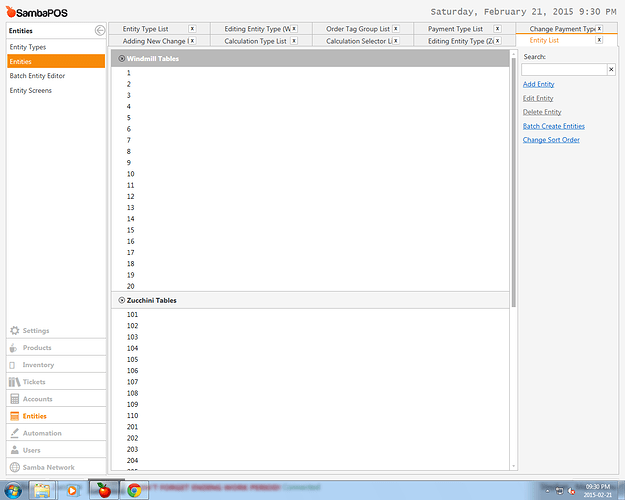 Can you click on the Windmill Tables Entity Type and show how it is setup? Same thing with Zucchini Tables we would need to see how you setup the naming for it. Show the Entity Type after you open those please?

Yes, it is all related. It is because you have 2 Entity Types for Tables (Zucchini Tables and Windmill Tables are 2 different Types of Entity). You cannot transfer Tickets between Entities of different types.

You should set up all your tables as a single Entity Type. Then you will be able to transfer Tickets from one table to another.

You can still have separate Entity screens if you wish, to separate the tables.

Yes what @QMcKay has said is true but it still does not explain the ticket not printing correctly. I have a feeling its because of the Entity Name

Example of what he was saying: 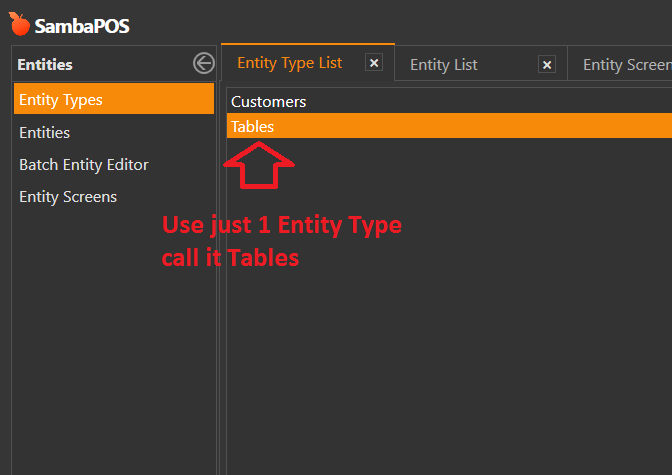 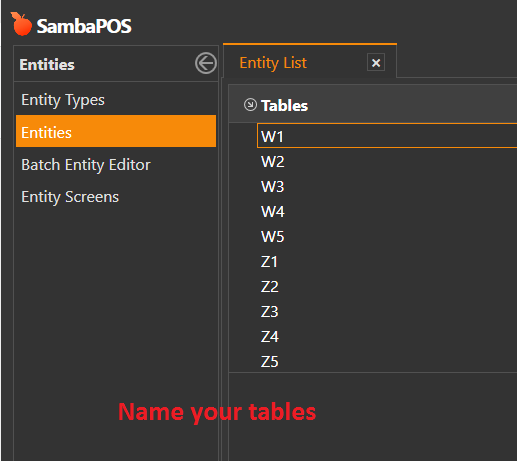 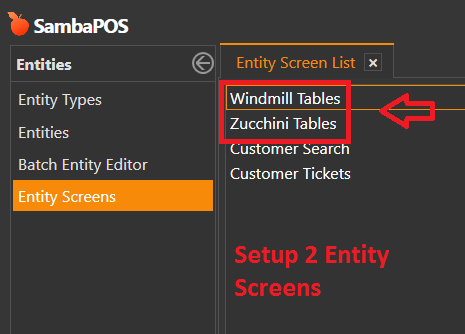 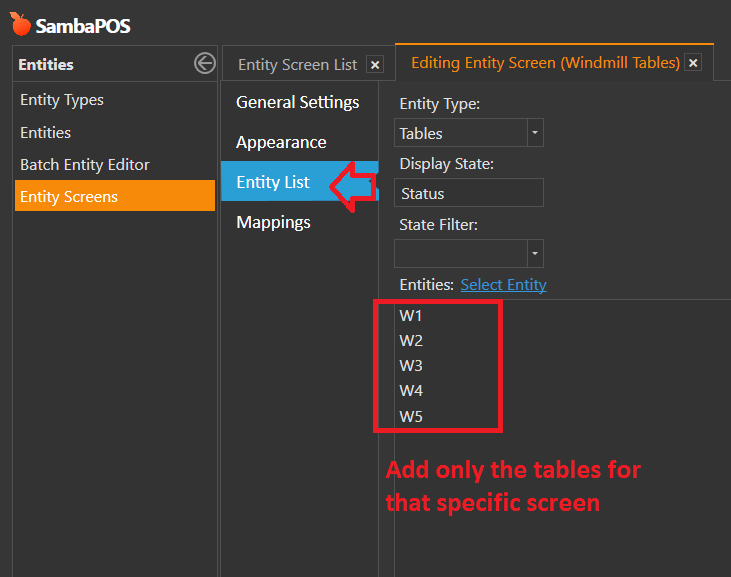 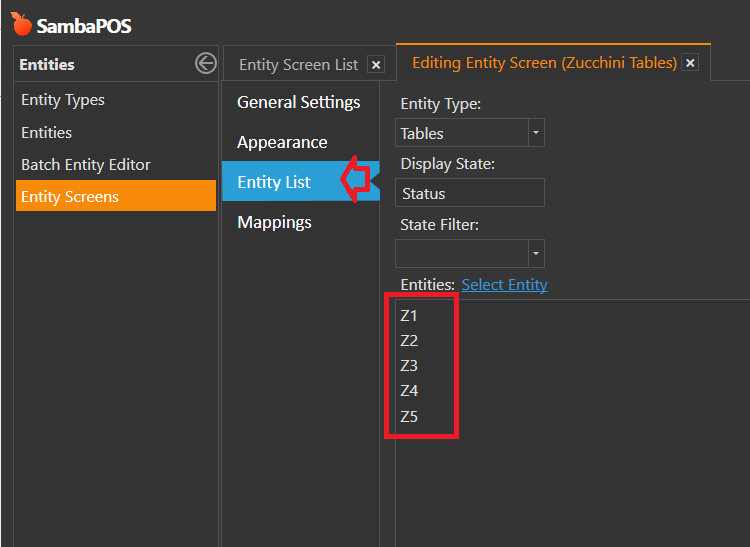 Now you can change tables to the other entity screen if need be.

Yes, it probably isn’t printing because of the Entity Name. 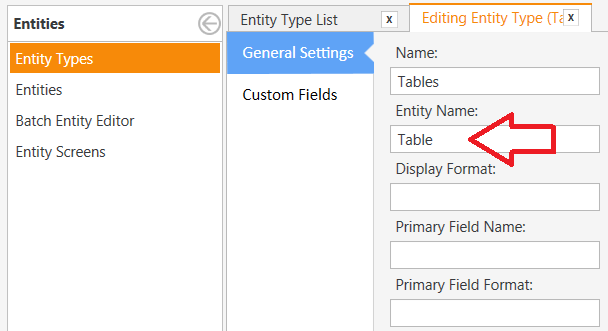 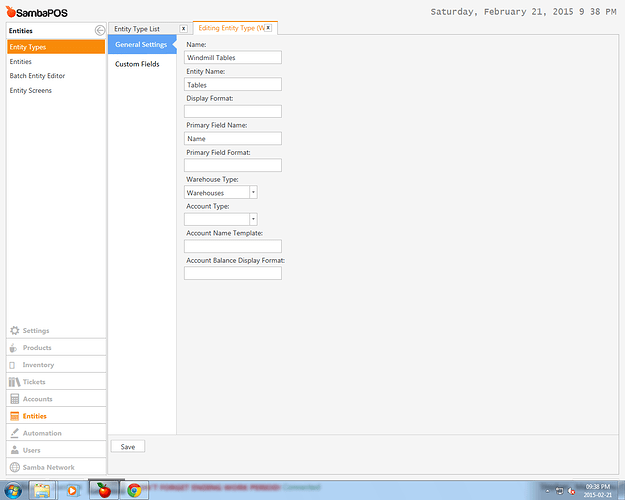 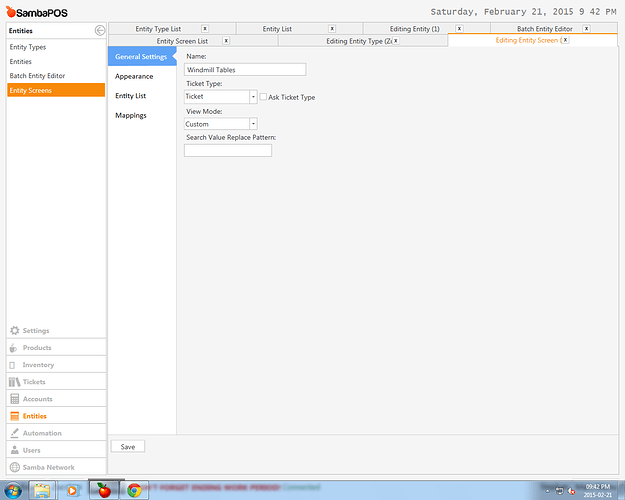 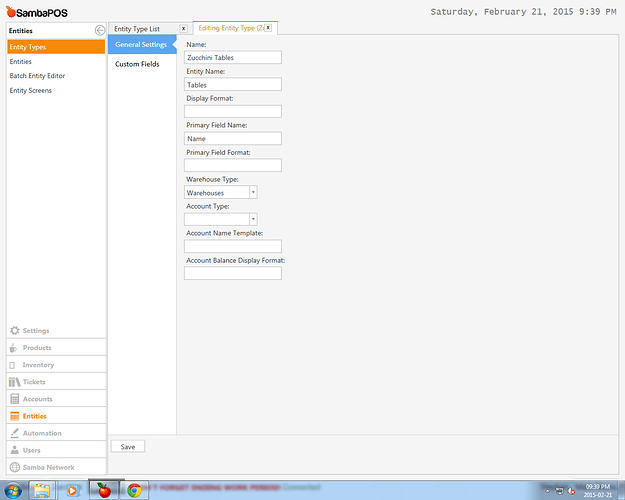 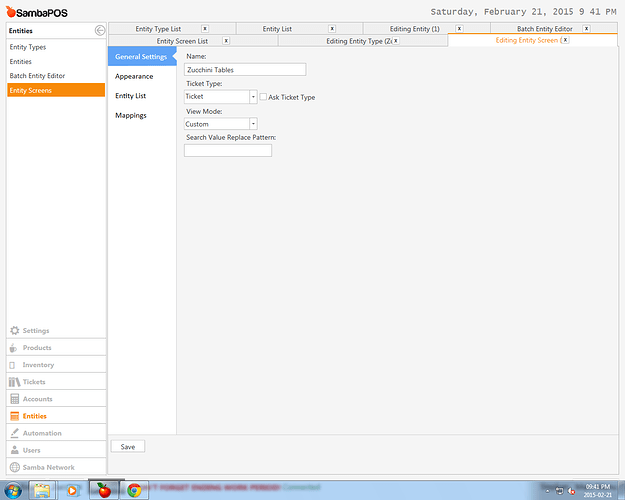 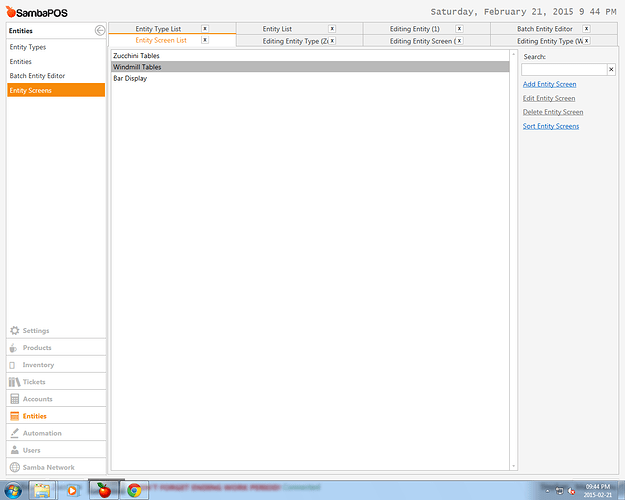 By default it is setup as Table but you seem to have changed it or maybe v4 changed it to Tables. Entity Name is what dictates this.

Legends! the both of you, all works now…when I go into the new windmill tables it does not show the menu. where do i change that?

Can you explain? What do you mean by does not show the menu?

in the entity screen in Windmill when i click on a table number it does not create a new ticket as normally, but instead has a black screen 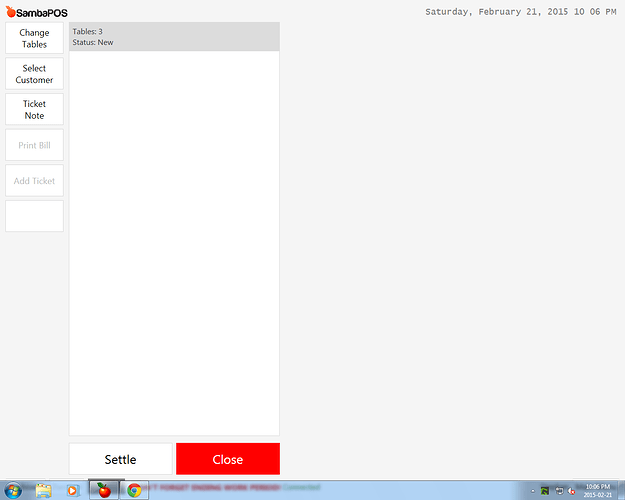 For general settings of Entity Screens did you select correct Ticket Type? 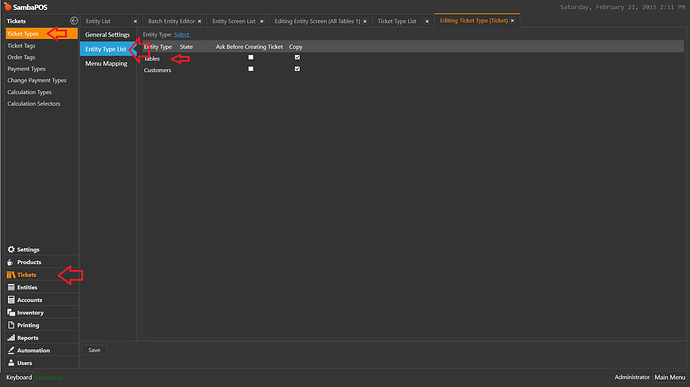 all is checked and still nothing

Restart SambaPOS or at the very least, logout and login to reset cache.

yes! that worked, I had to reload all the tables back on

You two have made my night, I’m actually excited about Samba again.

May I please may I ask your opinion on the BAR ORDER READY button that does nothing on my Bar display screen. Been struggling for weeks and trolling the forum has helped little. I followed the Tutorial of Emre on

In this tutorial I’ll show you how to prepare a Kitchen & Bar display to notify staff for new orders. We’ll start by creating action to update orders’ display state. [image] We want to update beverage orders display state as Bar. We’ll create Order Added to Ticket rule to handle this. [image] Hint: Create a default mapping for all rules that we’ll create on this tutorial. For simplicity I’ll skip that step for remaining rules. [image] So when we add an order to ticket it’s display …

The button is created but does not clear the screen, I followed the tutorial to the tee and double check everything, no spelling mistake.