This a decent printer?

Ok so we are looking to expand and add another terminal. I am shopping for printers atm. I found this and it seems like a decent deal but I have not used this specific printer before. Has anyone got experience with this model?

Maybe I should invest in ethernet for future…

It’s a good printer, I have it since last december, no problems until now, I don’t need the ethernet version because I shared the printer in the local network, Is fast enough too.

I have had good experience with the Chinese epson rip off, has USB serial and network, handy 48 char width and is pretty fast. No ‘B’ issue like the smaller 58mm ones I had. Runs arround £65-70 on eBay.

Think I have a used one of these t20 in the workshop, not sure if I’ve had it hooked up though but epson obviously a reliable brand…

Got any links to one>?

https://www.ebay.co.uk/itm/152003567491
Used in several places inc the hotel and nt had any issues.
Also like the fact it’s all 3 ports so can keep a few and work well for any senario, terminal or kitchen etc.

Has anyone got experience with this model?

I have that printer in one of my 2 venues. It performs well with no issues whatsoever and I can say I am very happy with it’s price/performance.

The 88V is faster (but not really that noticeable), and IMO the print quality is better, but that is rather moot when printing in B&W (I think the 88V has better resolution for grey-scale).

The Chinese ones scull really well for being top offs to be honest. I’ve had over 30 Chinese printers installed and I only ever had 1 issue with one and that was to do with the cutter. Which I fixed. Since then it’s been going great! Over a year with no problems ever. In saying that if you can get epsons at an affordable price I say why not

Well $135 seemed like a really good price for that Epson. It has free shipping too. I really want to purchase some Surface 3’s for my new stations but its still hard to shell out $400 each for 3 terminals. Although that really is not a bad price…I just blew almost 40,000 on a new 6ring burner and oven + Ice Cream machine. Trying to save where I can for the rest.

PS: Soft Serve machines are soooooooo freaking expensive!!! I wish we had not hooked our town on our icecream.

Haha. That’s why or shop sent for slushy machines instead. Cheaper and costs cravings

First of all its install tools are just plain annoying as it tries to automate everything and just wont work, and then we had 2 printers of the same model once, connected to the same PC and one of them would not want to work…

On the other hand chinese rip offs are nice and easy to install and do the job!

LOL, is odd hearing that in reference to anything chinese, but to be fair, the 80mm ones I linked above have indeed always been pretty easy setup, even networking side.

There’s a generic thermal printer software tool that allows you to configure any thermal chinese brand printer for purposes of setting it up.

its especially useful when you want to change the IP address of the printer to something else or testing all its functionalities.
they usually come in a mini cd that has the drivers and tools for them.

This looks like a good deal. I have never bought used before though. Or refurbished. 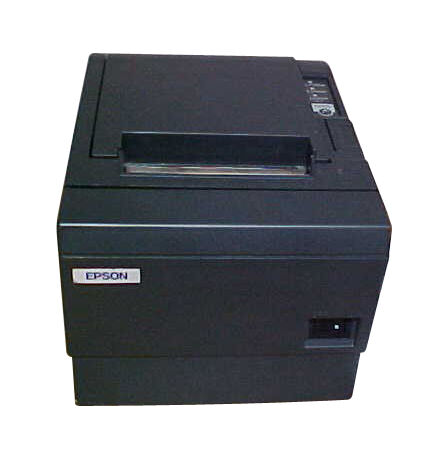 Find many great new & used options and get the best deals for Epson TM-T88IV Point of Sale Thermal Printer at the best online prices at eBay! Free shipping for many products!

Ive never bought new LOL not Epson anyway - too bloody expensive…
All my epsons have always been used and generally the super cheap non refurbished kind at like £30 odd, they are robust and last forever, main issue ive ever had is the seller not understanding the difference between parallel and serial LOL.
Cutter is the only real issue I had with one but it advertised as refurbed from a propper seller rather than 2nd hand from private listing your probably safe

@JTRTech Do you have experience with HTML or graphic mode printing on Chinese printer compare to 88IV?
88IV still very slow in graphic mode, only 88V fast enough IIRC.

No, generally stick to ESC/POS for sending XCT codes

Yea I’d say the same. I can still print graphics on those Chinese beans and they print fast and good quality too.

@Jesse that printer is just a usb one. Are you intending to use it for one terminal then share the network path and driver’s with other terminals on your setup?

Im just weighing options more than likely I will go with Ethernet. It just depends on budget.

Ah ok. A refurbished one with Ethernet is good of you can afford it. Otherwise there’s no harm on trying out those Chinese branded ones since they are cheap to begin with but they do exactly the same thing is even a branded one. And if it ever breaks then at least it won’t be breaking your pocket too