ya that’s y i have two buttons:

You could also make that into 1 question and 1 button

I will show you… 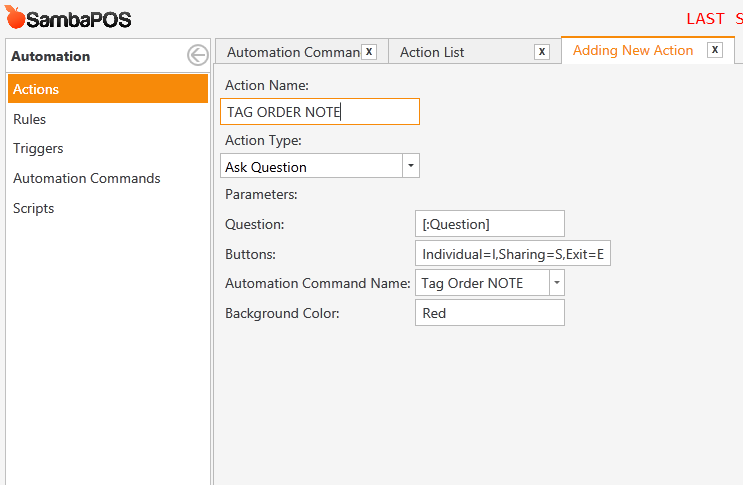 This Command button do not put any mapping: 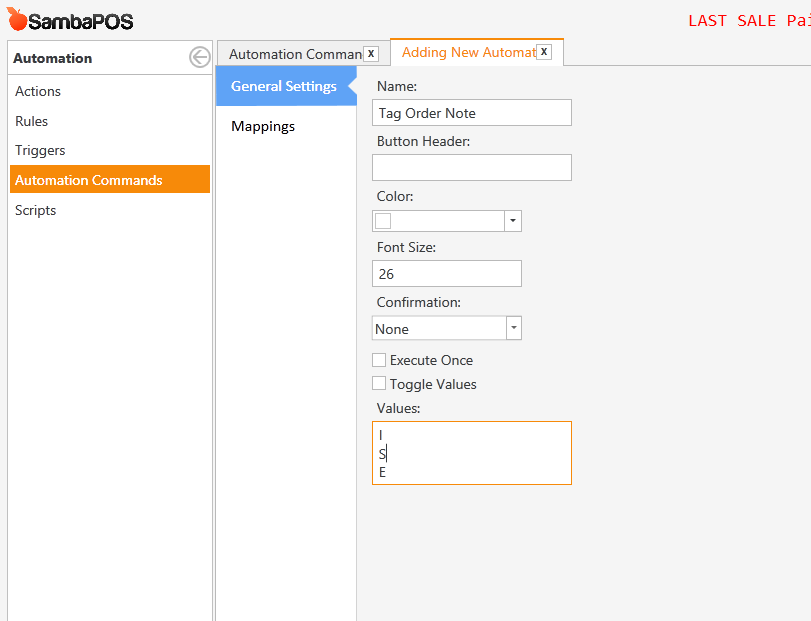 This command button map it to where you want it to show on the ticket: 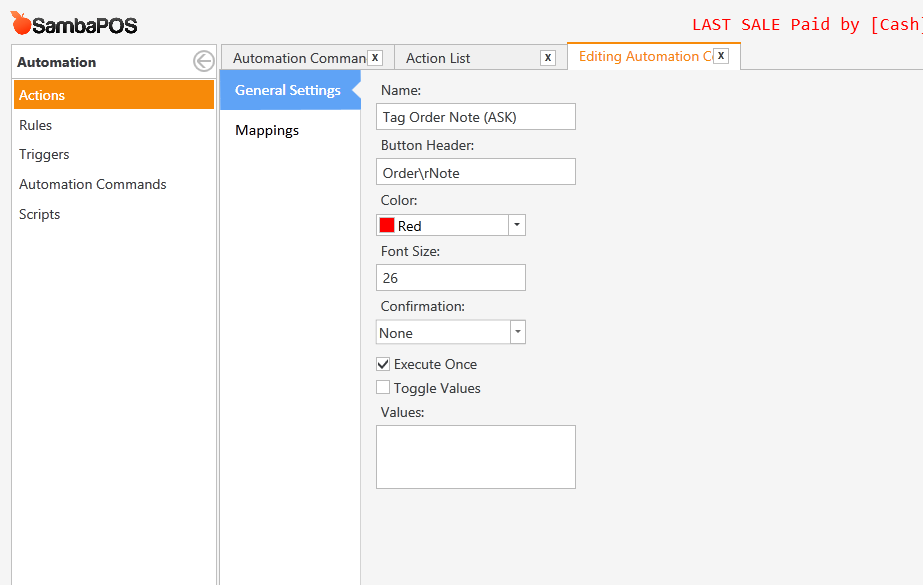 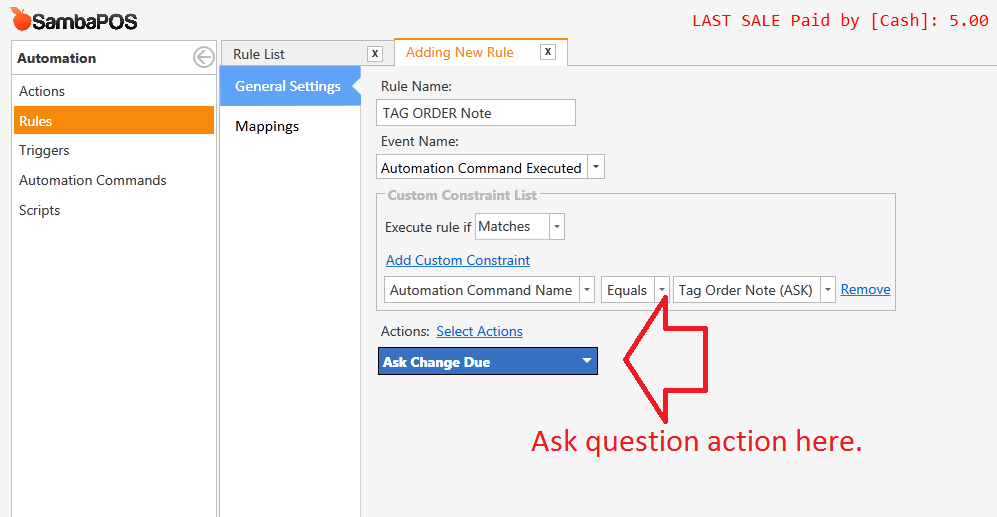 Make the following 3 rules to handle the command values. 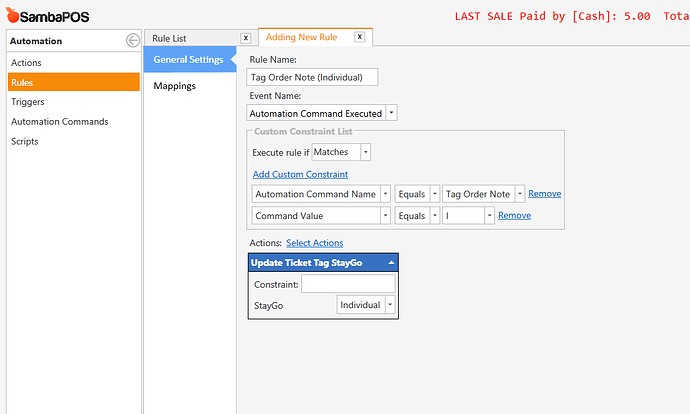 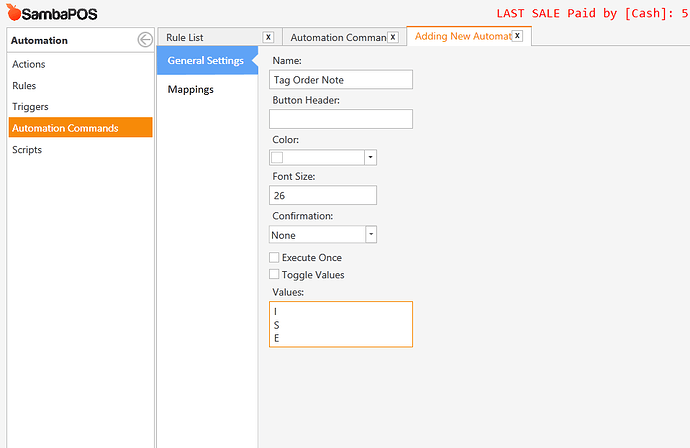 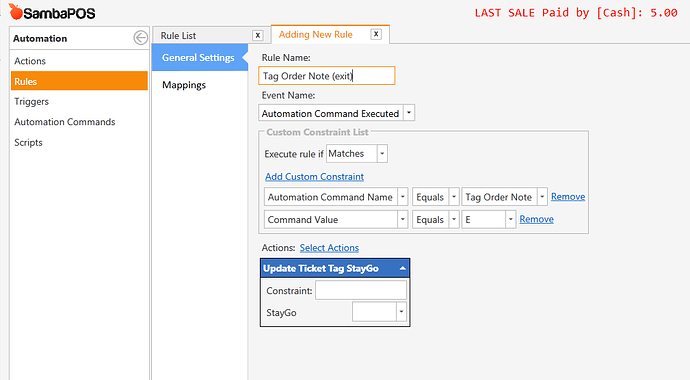 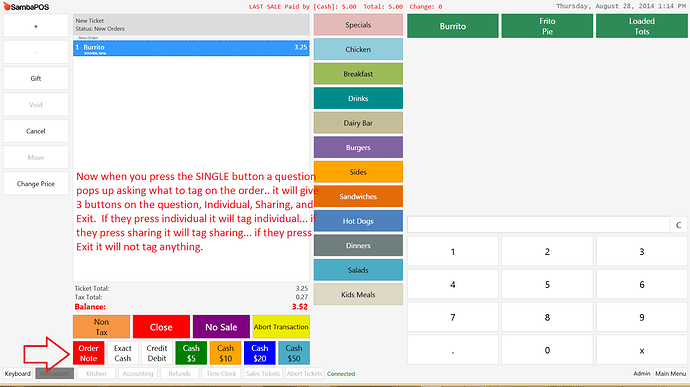 You could reduce amount of buttons on screen down to 1… and use multiple Tags if you want… they would popup in the question.

EDIT: I forgot to show how to handle the values
EDIT: ok its correct now.

EDIT: On the first automation command button… do NOT select Toggle Value… I will update screenshot in a minute.

EDIT: I think I got it now haha. Writing these tutorials on the fly sometimes I forget a few things

Sorry if I caused any confusion while trying to write that. I was not actually creating the rules… because I do not want this in mine so I was just taking screenshots then not saving it. I had to redo it completely when I realized I had made a mistake

order note working only admin user ,how can change another user

Strange it should work for every user… there is not a restriction to restrict that to users.

yes i trying first setup ,but working only admin

you have some mapping wrong… somewhere you are mapping to admin only. Check your mapping.

hi can u add Ac_tag order test actions ,we dont have firt setup

for what purpose do you need the action for? is it the same purpose as deinfd in the thread…

I can not get my ticket note to print to the kitchen, I followed your steps and it just prints New under the order not my note/message. What am i doing wrong?

I also cant Void the order- it voids the message not the order…?

what option is not printing sharing/indivdual ?
what printer tag are you using in the printer template to print this note?

Hello, on the kitchen order template, I want to show notes as instruction to the kitchen. Inserting {NOTE} on the template displays nothing entered in TICKET NOTE field.
Do need to do something in addition?

Show the template you used {NOTE} in?

PS. Copy and paste it here then highlight it and press </> button

Do need to do something in addition?

Ensure you prefix it with some type of alignment tag, as such:

If you only want to print it when it has a value (saves a blank line from printing when empty), use this:

HELLO, thanks for the reply. Sorry i couldnt display the template, having difficulties with that.

I inserted {NOTE} in the default “Kitchen Order Template”
I wanted to have the note at the footer of the page, so i inserted at the bottom of the template the following;

If you want it to appear at the bottom, you will need to put it at the bottom first section which is called [LAYOUT], and before the second section (in this example the 2nd section is called [ORDERS]). And you should prefix it with an alignment tag such as <L00> … 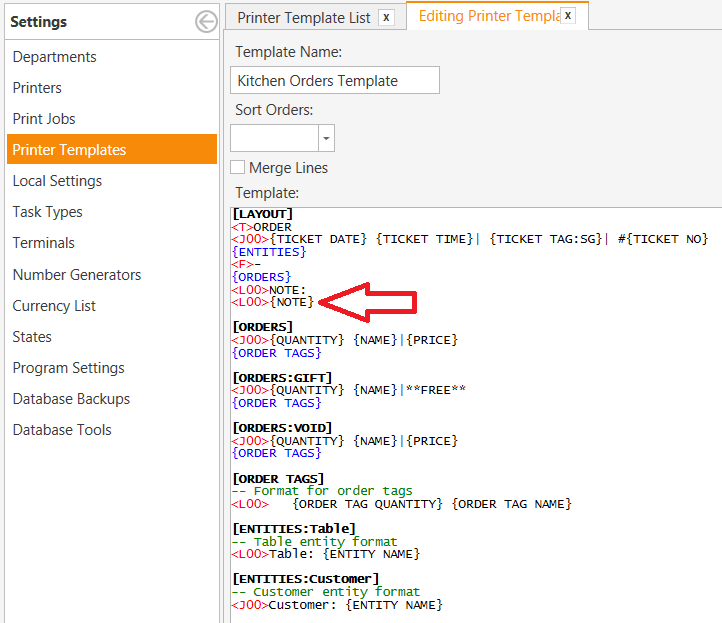 Make a rule to handle the button Insert your [?Note to Kitchen] for State in the action:

1.You have different name of the Action.
2. Under the Constraint I have Status, you have State.
3. I made the same things, but I can not see the status in the printer (I use notepad for now.) 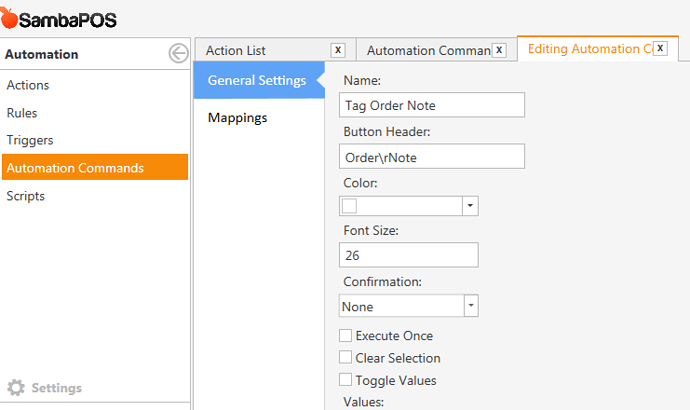 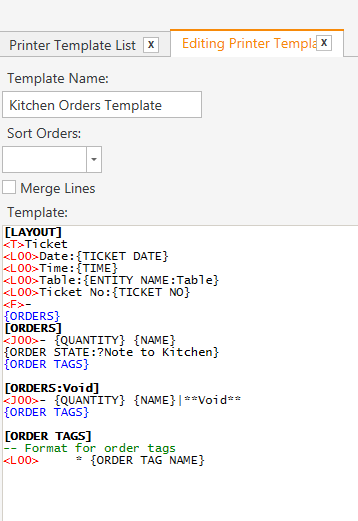 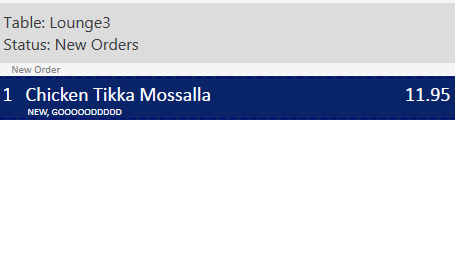 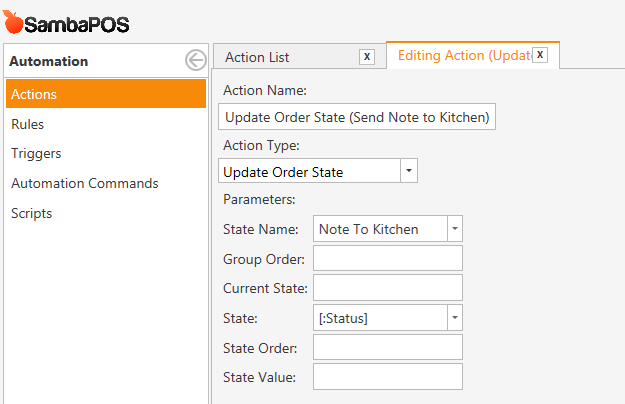 Your template you added a ? To the state name. Why?

It was a test, I tried different things.

I removed the “?” sign, the same thing. No text added on the order. 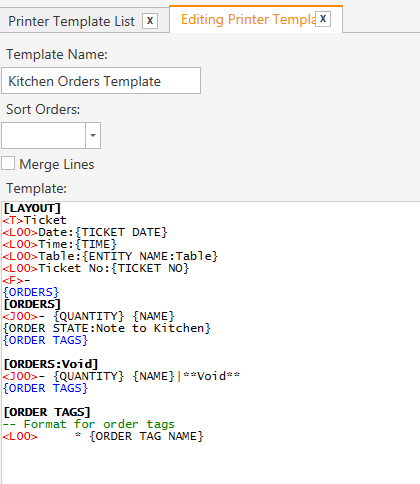 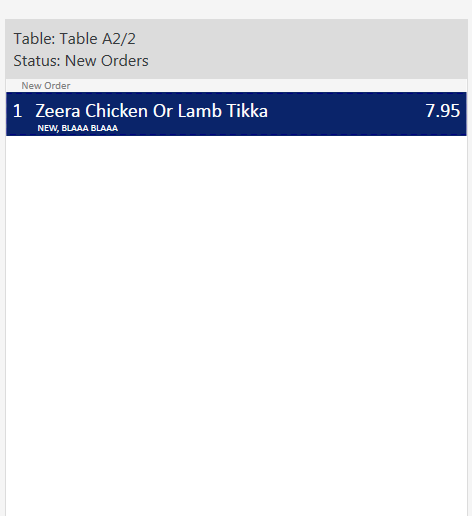 Put the formatting tags in front of it. The J00 tags.