Hi,
is it possible to add Ticket Note for Order ?

I would like to state in kitchen order that the order is to be shared or individual.

You can. You would use Tag Order action with the [?Variable] This would popup a keyboard to enter your tag. I will show you in one minute. You want it for each order line right?

Create an Update Order State action with a variable for State: 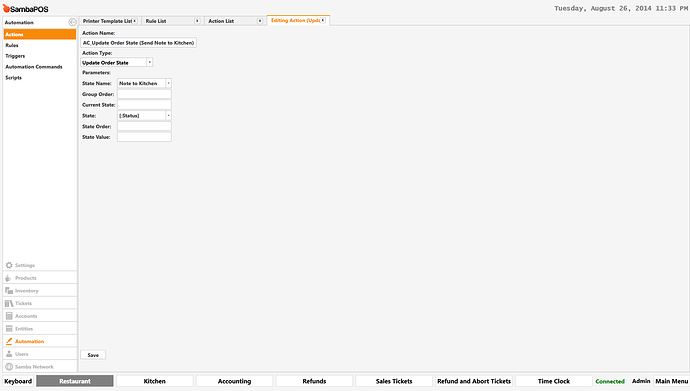 Create an automation command for the button: 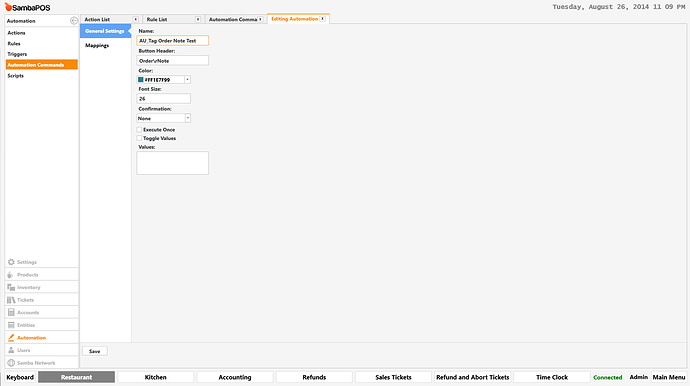 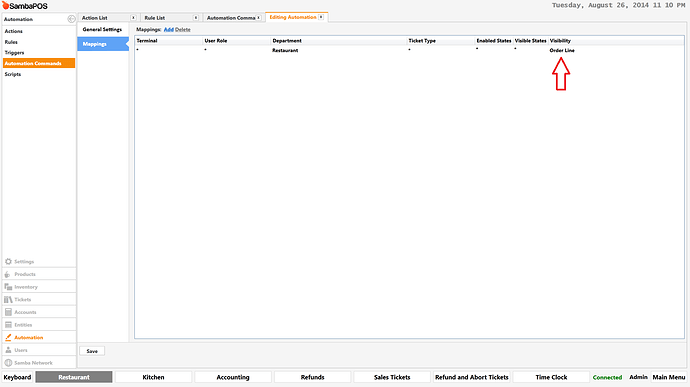 Make a rule to handle the button Insert your [?Note to Kitchen] for State in the action: 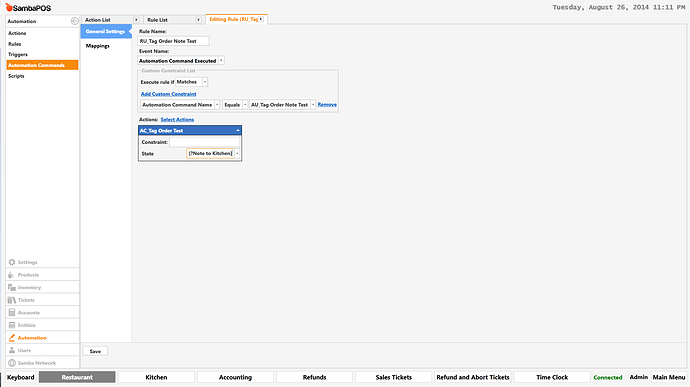 Here is how it looks! 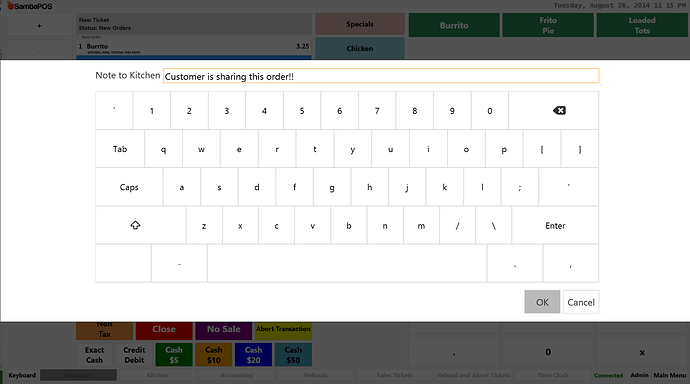 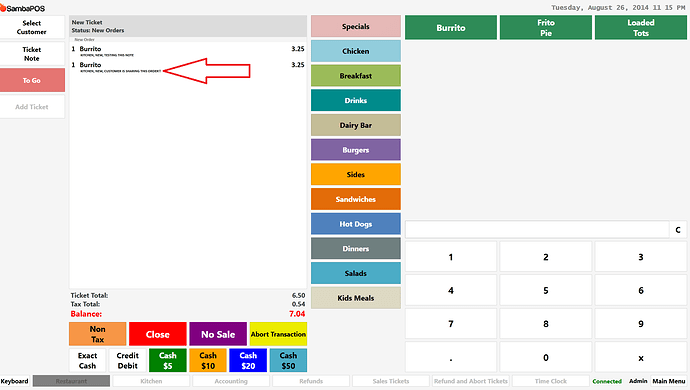 Now you would have to make sure you do not have any Update order State actions that run on close or before closing or payment processed.

Void will replace it… but it should you would not need the note at that point.

You would need to edit your Kitchen Printer Template to show Order State {ORDER STATE:Note to Kitchen} This would print the order state on the kitchen printer.

Insert the tag under [ORDERS] 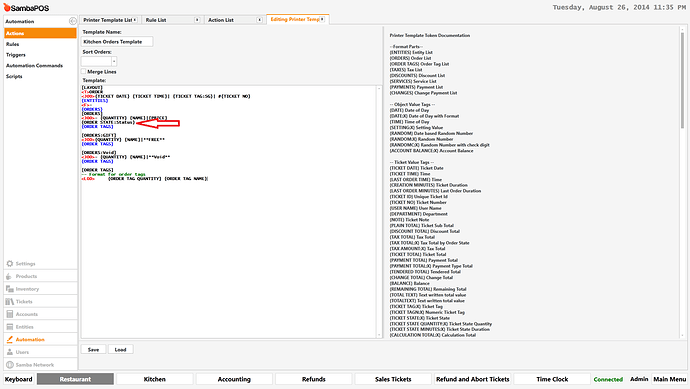 No, We want the Tag Order for the ticket not for an order.

Ticket note allows you to send a message with ticket. Unless I am confused on what you want? Can you not just use Ticket Note?

OK I am sorry I think I understand you now. Read bottom part of my tutorial I posted… i show you how to make it show up on the Ticket.

I am confused why you cannot use Order State? It can stay on the ticket at close.

Oh in that case you just hardcode what you want it to say instead of [?Message] you would just type what you want button to say. I will show you give me a minute.

What you need is to store a Ticket Tag. 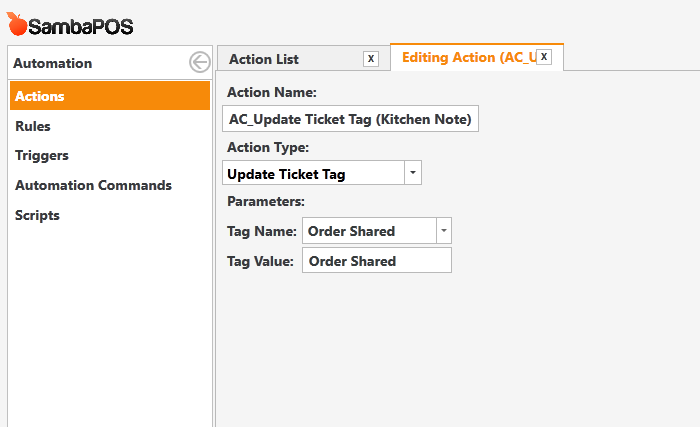 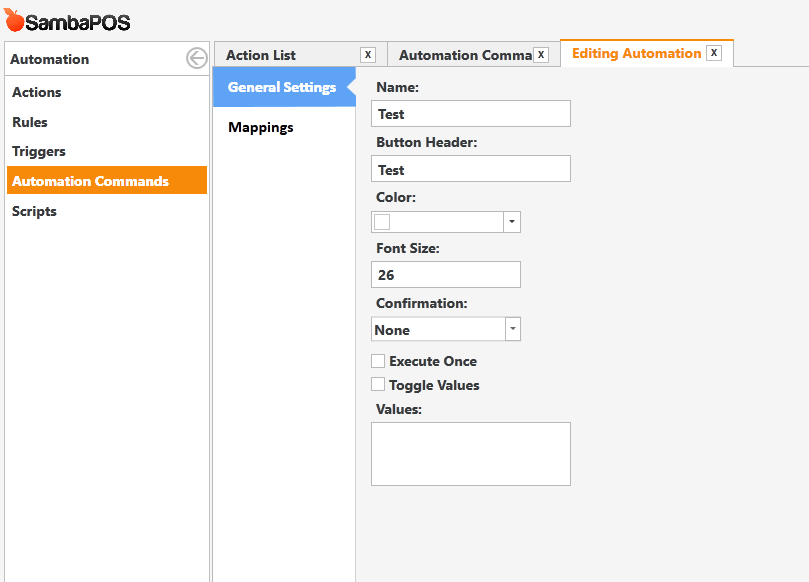 Make a rule to handle it: 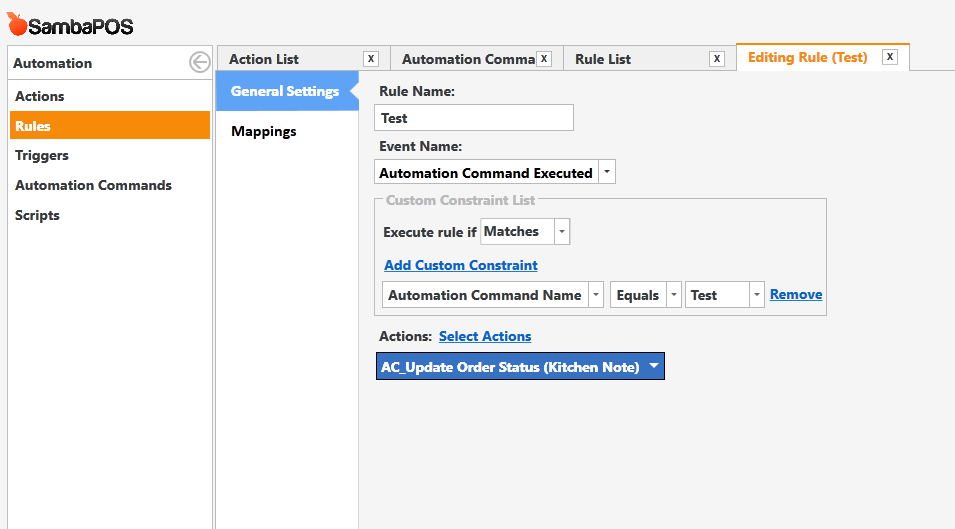 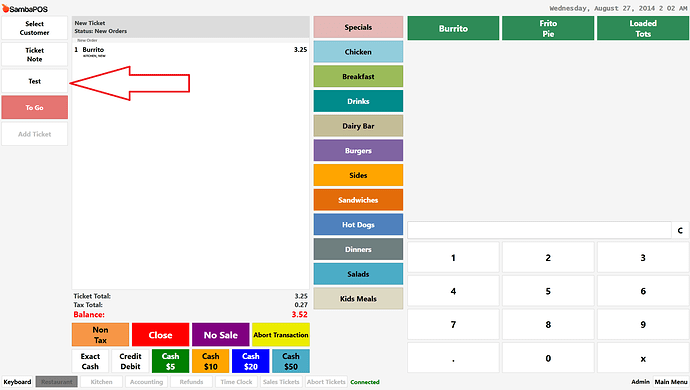 Edit your Kitchen Printer Template to insert {Ticket Tag:Order Shared} Order Shared would be whatever you named your ticket tag when you made the action. Insert it wherever you want it to show on ticket. 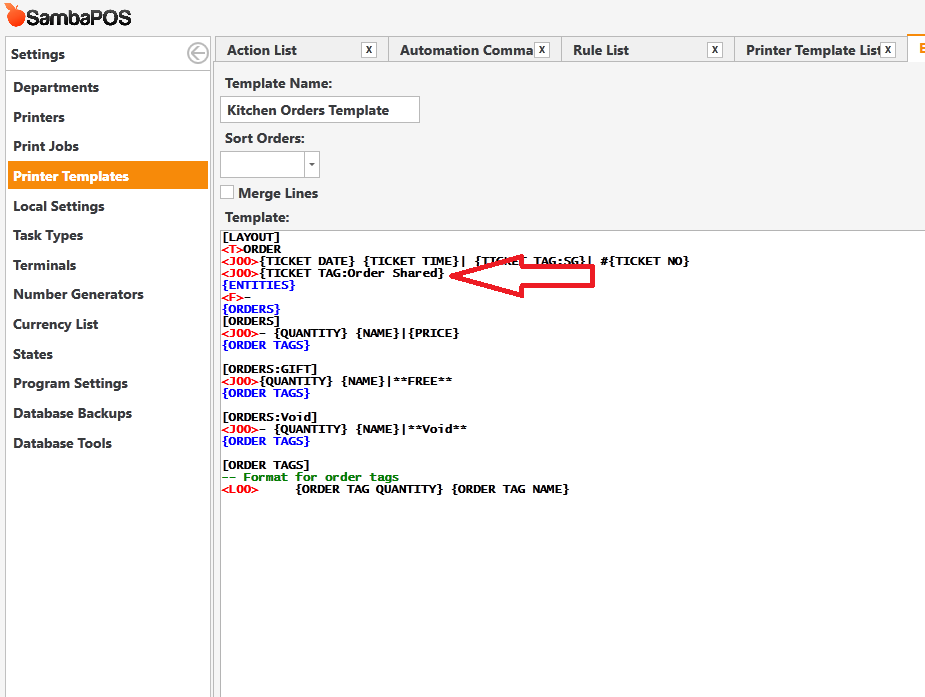 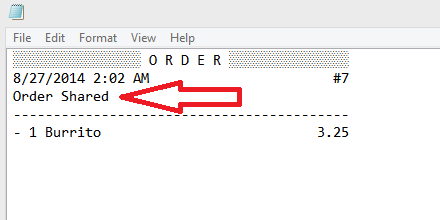 Ok. Thanks. It is working now.

There is a Ticket Note button already built-in. Click it and type a note. Then use {NOTE} in your Printer Template. 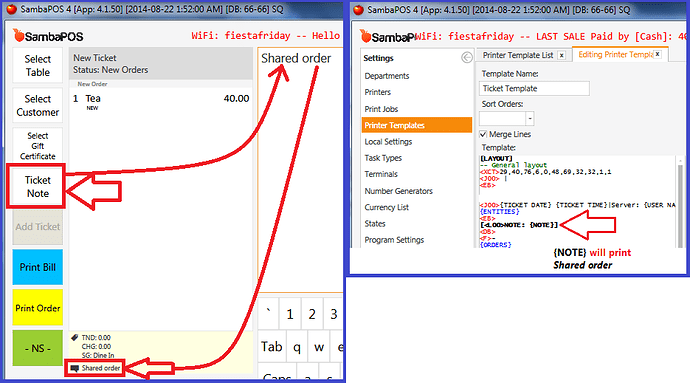 He didnt want to type the note is the thing. He wanted pre configured Notes. And currently there is not a Set Ticket Note action

Ticket note allows you to send a message with ticket. Unless I am confused on what you want? Can you not just use Ticket Note?

@QMcKay Sorry not trying to call you out just wasnt sure if you realized that Ticket Note had been discussed already earlier in thread.

this is somewhat i was requiring 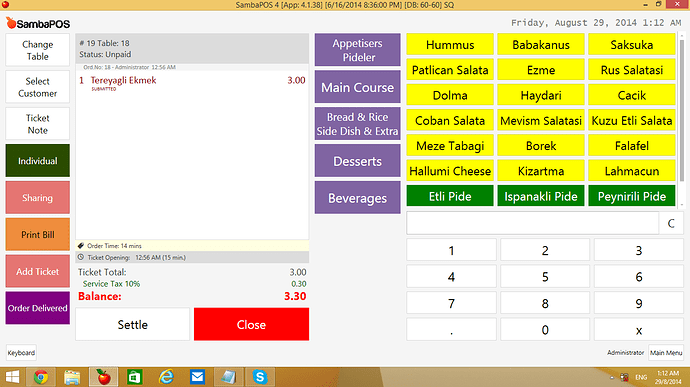 but i still face this problem that when i click on either button “individual/sharing” i am not able to see the value on ticket tag unless i close the ticket and open again then i can view? 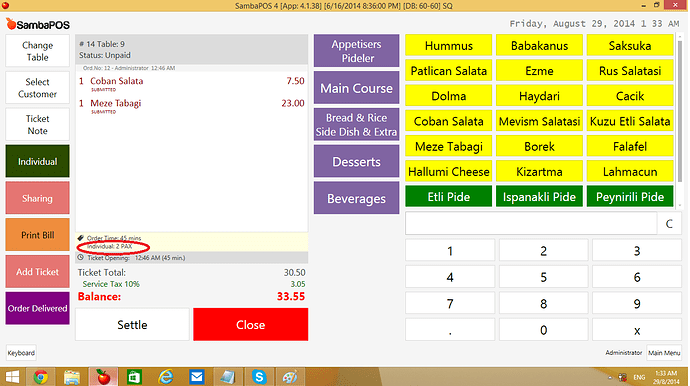 why is that? do i need to refresh the ticket ?

You can add Display Ticket action after your Update Order Status action in the Automation Command rule. I will put a screenshot up in few minutes. The reason I did not tell him to put it in there is because He does not need to see it on the screen… he just wants it printed on the ticket. 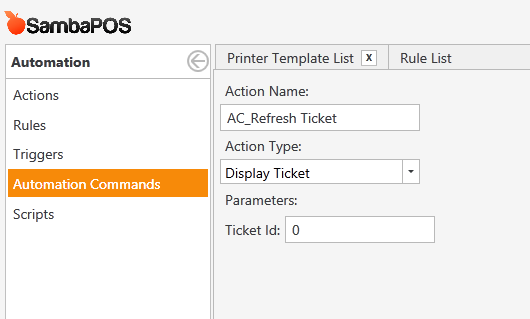 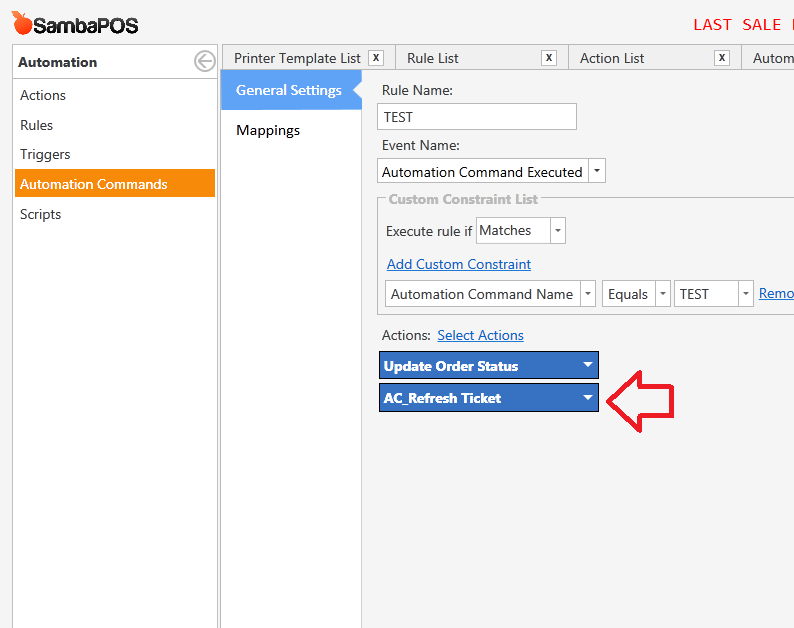 Another tip for ya… you do not have to use 2 buttons… you can make 1 button and if you press it multiple times it will cycle the messages you want to send. Screenshots coming in a second to show you… 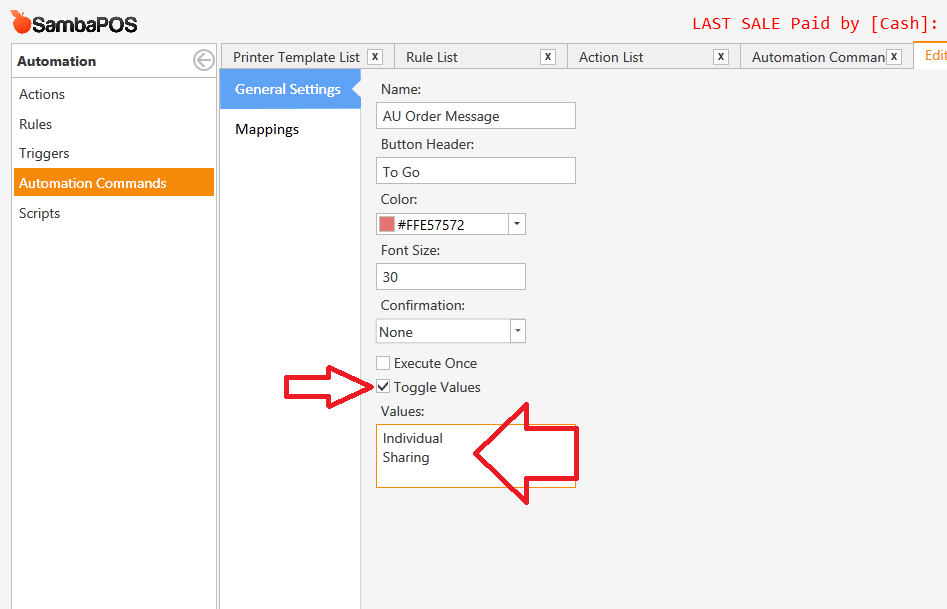 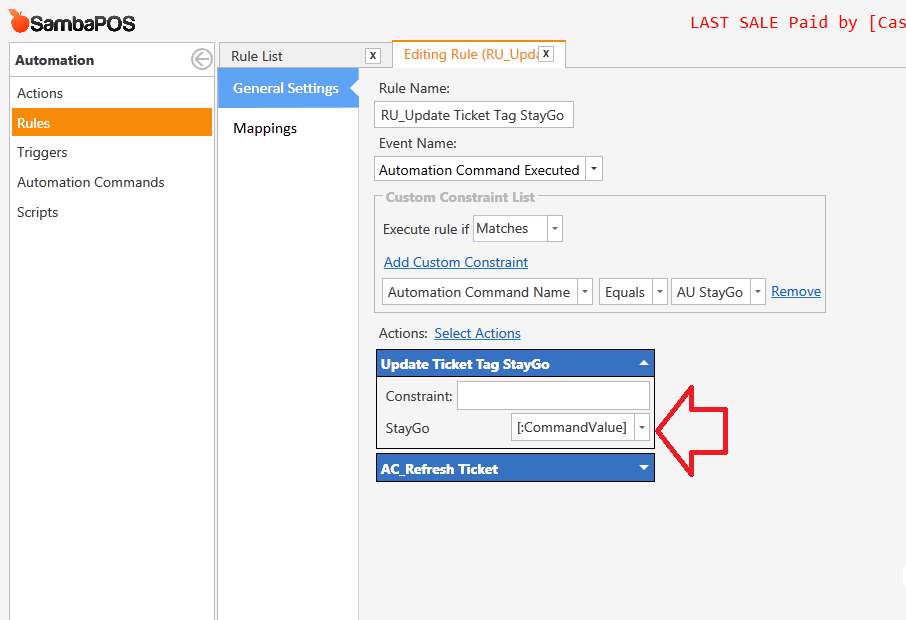 You would need to edit your Update Ticket Tag action as follows: 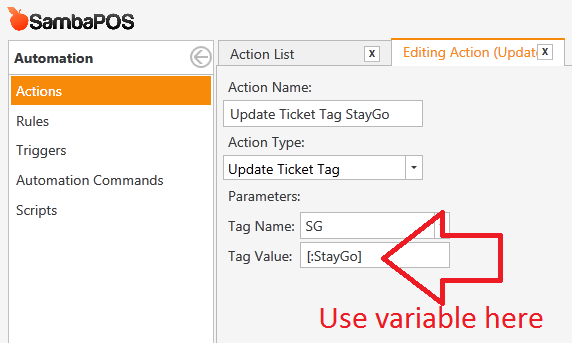 Now you will have 1 button and when you press it… it will toggle between the commands.

Before Pressing. No Ticket note yet: 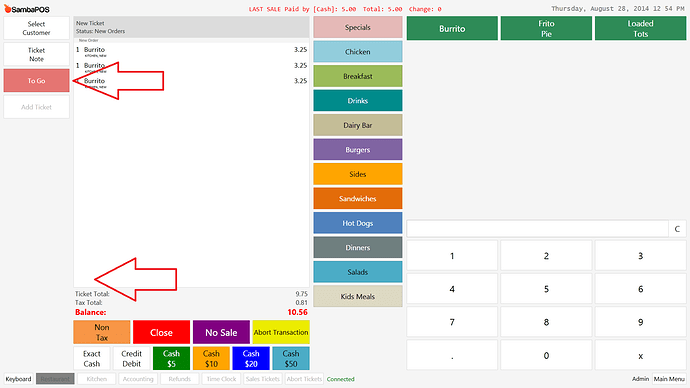 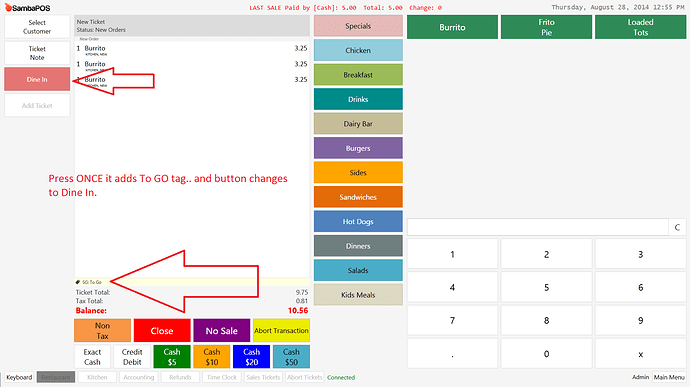 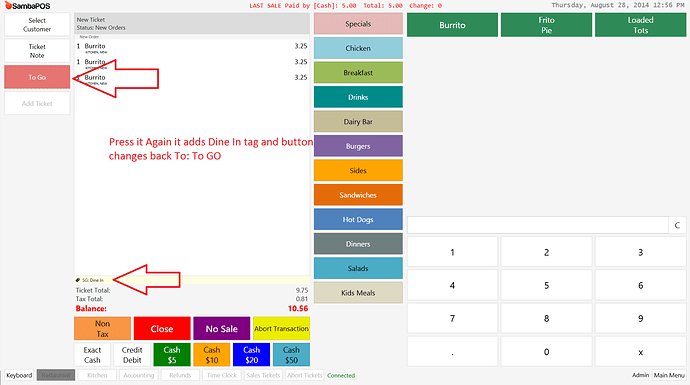 Yes you could add an ask question action in the button press… For confirmation.