Quick question I’m playing around with the time clock and punch editor… is everything done in military 24hr time or is there a way to enable 12hr Am Pm format? At least for reporting and displaying time in and out?

You can set it to whatever you want. Time locks are user created and not default so really we don’t know what kind of setup you have. But they are fully configurable to your needs.

How do you set that?.. been looking on here and I haven’t found anything yet to set the format to that.

Which time clock did you setup? If you follow a tutorial you should see how.

i just imported one that used entities only… cant remember the exact one and I messed with it a little bit. Also tried setting up this punch editor Punch Editor for Timeclock but somethings messed up cause its throwing a error… Im just playing around with this right to see if my uncle wants to use it for his system. My goal is to make it so that he can create entity employees alot like the customer entities and be able to do a search for if someone gets fired to be able to pull up old time cards when he searches for them… was thinking of having another state for entity enabled and entity disabled. Just starting to scratch the surface so im kind of reverse engineering a few things from what ive imported.

Well i was able to get the punch editor to work. Doesn’t look great but its a start… still havent figured out the am pm thing… 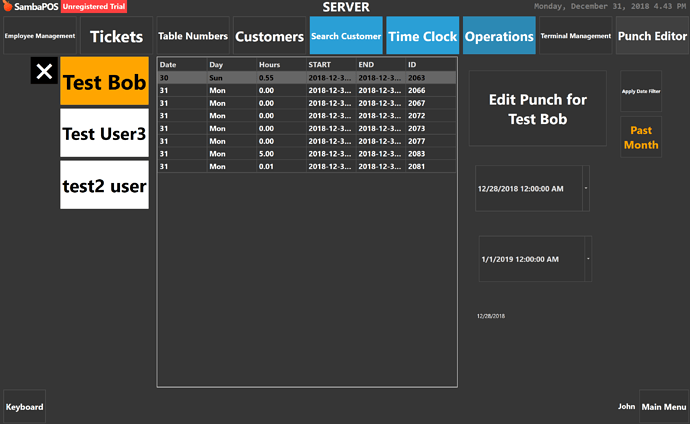 anybody know of a way to link a state to a entity custom field? im working on a employee entity management screen to add and edit employees and to be able to set a state of active or inactive. 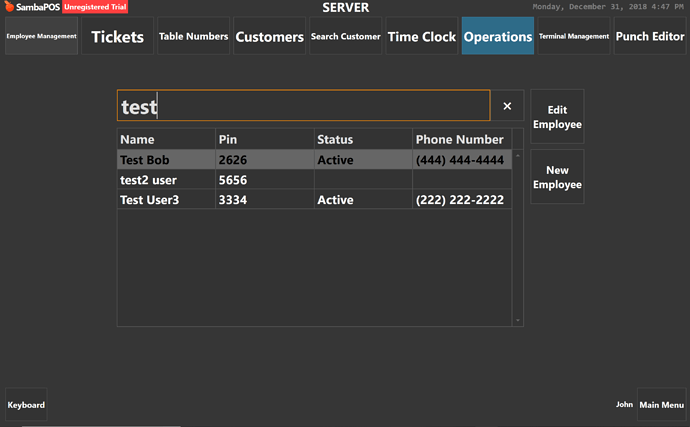 Why do you want to link a state and a data field? They both have their own uses.
If you want to have something in both just update both?!? No?

i just want and easy way to set it and see it when you search for the entity in the entity search… didnt know if it was possible or not… so i have the status on the entity as a custom filed and its a drop down to select one or the other. Figured i could use that as a way to set the state without having to create buttons to toggle the state. I would also use that state to allow or not allow time clock usage. Again im just asking if its possible cause it seems like the easiest way to make the change when viewing the employee entity information. 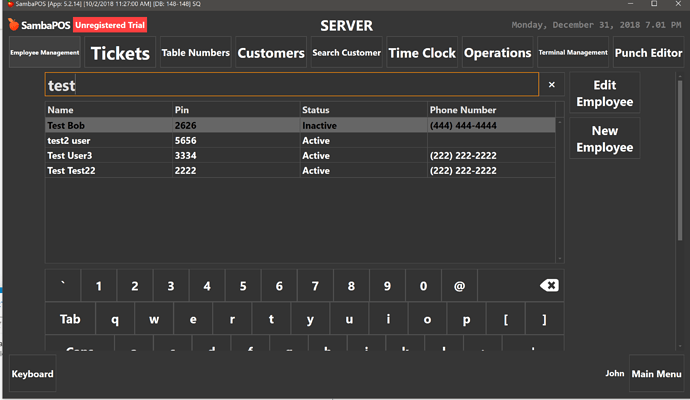 You can build automation to read state and then update entity to add the data.

Can it go the other way around? Set the data and have it apply the state?

You would do both on the same rule so yes 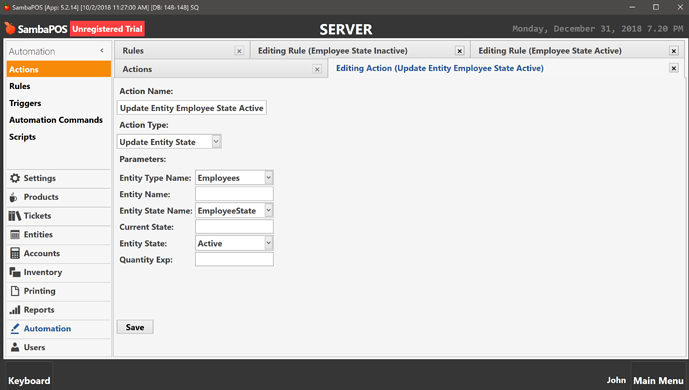 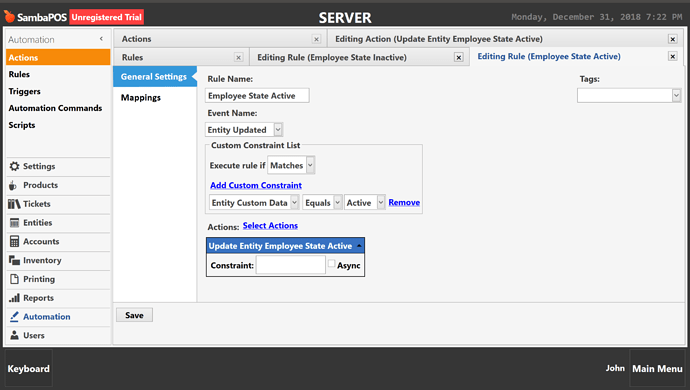 You have to load entity first then update it. You won’t be able to use entity updated event outside a ticket. That’s why we have load entity action.

So when I go to the entity search and try to edit the entity that’s not the same as loading them correct?

No load entity is an action that needs to be executed preferably in your case via automation command.
You can add command buttons from an entity search widget. That button can be something like Make Active or Make Inactive… all automation on that entity can be done when pressing that. You should be able to feed {ENTITY NAME} into the automation command value and use that in your rule without having to use load entity action. 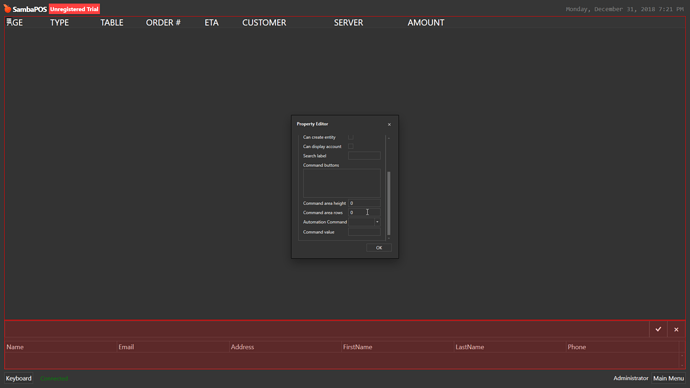 Hmm im a little lost… thats the entity search widget? Also I was hoping then when I save the entity custom data I would be able to fire a action in a rule but I guess theres no way to do that using the built in rule events.

It is but it’s via custom screen so I have not resized it to fill screen.

I wonder if that can be a added feature to be able to run a rule when entity custom data is changed. I could see that being useful for even keeping track of when someone changes custom fields on a customer entity it could be written to a log.

It really is unnessisary because if your in a ticket it will trigger. Outside ticket you can achieve similar with entity screen with employees listed. Can use a report for that and interact with the report same way you do for punch editor.

Yea what I mean is when I change this custom field value on a entity I would like for it to update the state to match that so that its alot cleaner and simpler to update a entity’s information. Maybe its not possible but it seems like it should be since im pretty sure you can set a custom value from a rule would be nice if you could fire a action when a custom filed value is changed on a entity. 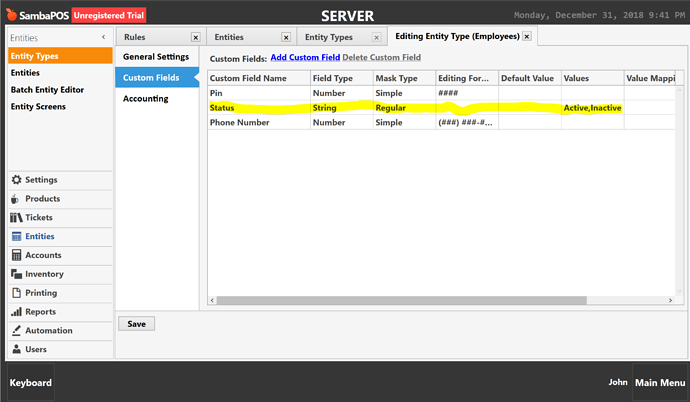