To return a result if 'not found' in numberpad value entered

Would there be a way of it returning a result if a Loyalty Card isn’t added? I got 1000 plastic cards with mag stripe ive programmed all to have GC20 xxxx xxxx. I have to create a new loyalty card by pressing the “Create Loyalty” button, and then go through an array of questions ive set up… which still seems to be confusing to some staff…

Would there be a way of just swiping the card, the till then realising its not an already used card and so fires off an automation command to create the Loyalty? and then all I do is enter the customers name in a popup and bingo…? 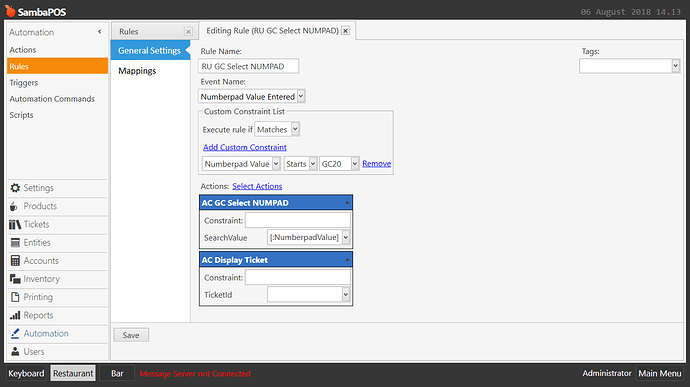 Im guessing it could be something as simple as making it store the number on the card in a setting, then using the constraints on the actions added to the rule?

You would want to use something like report entity details using the entered value as a constraint and base the actions/flow as to if a value is returned or not.

and then clone it and do a NOT EQUALS?

edit: Would be ENTITY TYPE not NAME?

Got it, made it fire an AMC with the following. Seems to work 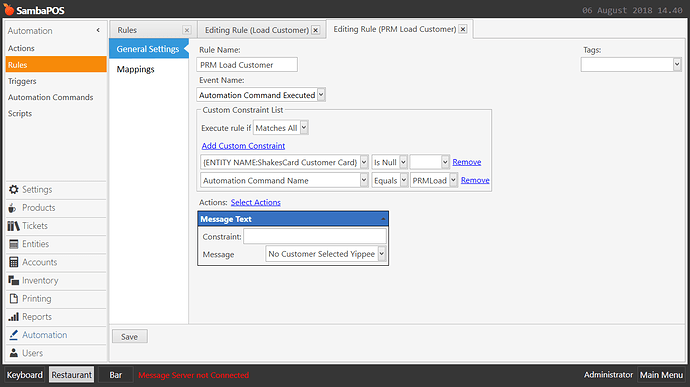 Thanks, now to hope I don’t break it whilst trading haha

Hmm, seems to not work?

I have a Message popup with {SETTING:StoreCardNumber} but it returns a blank popup? 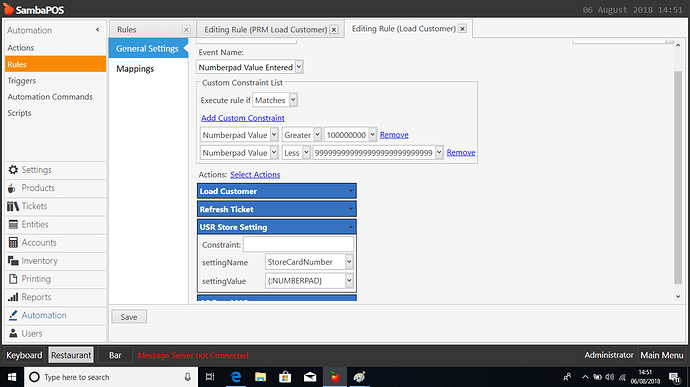 I also just bypassed this and did straight up {:NUMBERPAD} in the popup but returned same blank result

Think number-pad is cleared on submit.
Explain your flow?

Literally as above, then fires off this: 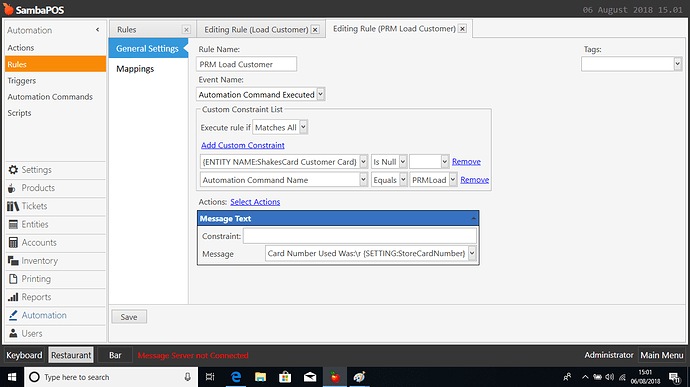 Maybe I should change the order of actions b4 it refreshes ticket?!

Let me try that

Your in a numberpad rule so should be able to use the rule based expression. in square brackets FYI.
This then shouldnt matter what happens in ticket etc since its a rule value.

Once I can get the numberpad value to go in the setting, I can start messing with other rules to make what I want to work, work…

Whats the action off screen

The options which come up in the dropdown in the rule, as its numberpad entered rule it should have a built in value for it. Linke exc amc rule has command name, value etc built in.