Any change the update application subtitle action could use the <img> tag to display an image in ticket header? im looking to display a logo when there is no ticket created, if i try to add the image tag it just displays the text so i auume it does not work here… yet 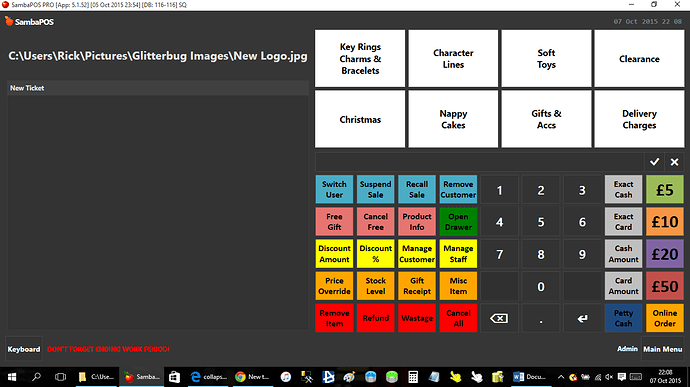 Does not having the left half command plane widen the order list/ticket display or move it over?
What mite be nice would be if the ticket display section could be narrowed or move left rather that expand into where the left panel was allowing more space for your keyboard

It makes the ticket area larger, i agree moving it to the left so the keyboard area is bigger would be great

Move left would be good or even a width setting like the height one for keyboard, generally in most of my setups so far allot of the width of the ticket section is wasted space which could be better used by increasing the menu Products or category column count.

lol guys we can display images in header (and anywhere else format tags supported). If you can give more details about your implementation we may spot the issue. 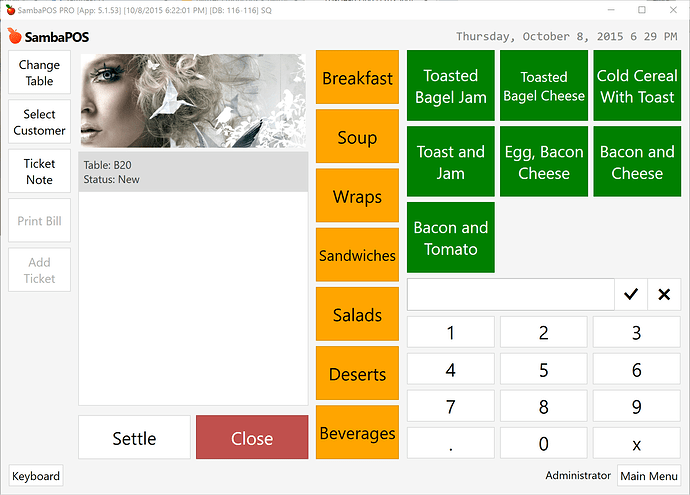 LOL Careful @Emre you might excite @gerlandog with that image.

If you can give more details about your implementation we may spot the issue.

A good start would be showing the actual syntax along with results. We see the result but we dont see the implementation to see what went wrong.

PS: @RickH Its likely not the issue but I noticed your using a Users folder. Users folders are notorious for causing permission issues. Its always a best practice to have a specific dedicated spot for displaying images etc outside of Users.

Trust me that was not just a coincidence

Very interested to see how you have done that. We can show a logo there? 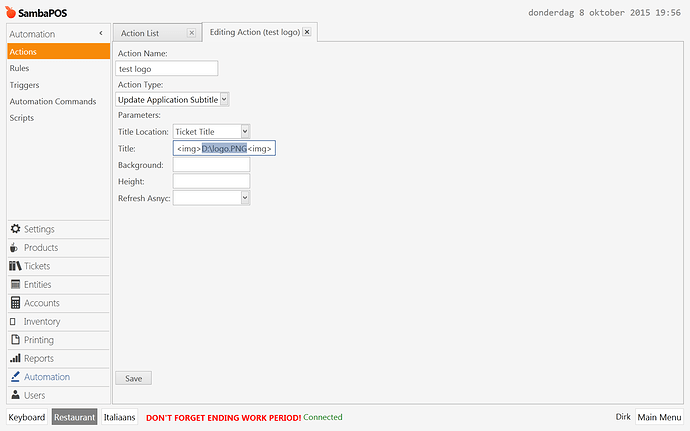 you dont have the ending tag correct… it should be

Your ending tag is same as starting tag. So you have no closing tag. 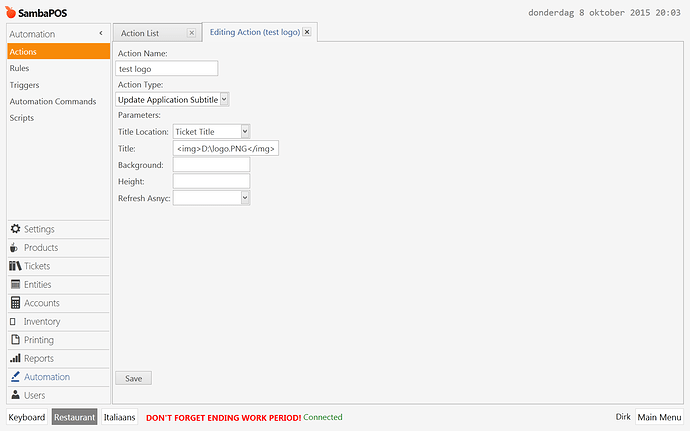 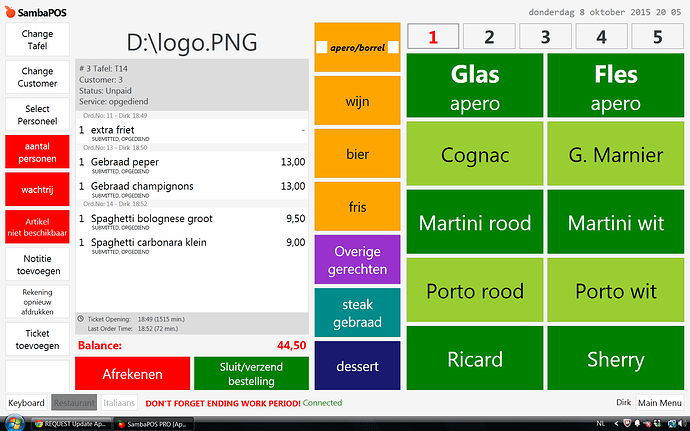 Dont put it directly in the Action use [:Image Path] in the action and then in the rule fill in the <img></img> settings.

It needs to read the value from the rule not directly from action or it wont work.

@rickh this is probably your issue as well.

Tried everything … I don’t think iT works

I have set the image path from the rule, ill try moving where the image is stored to see if that works

I still cant get an image to appear, ive put the image in the same place as the default sambapos logo that displays on login screen and it still doesnt display 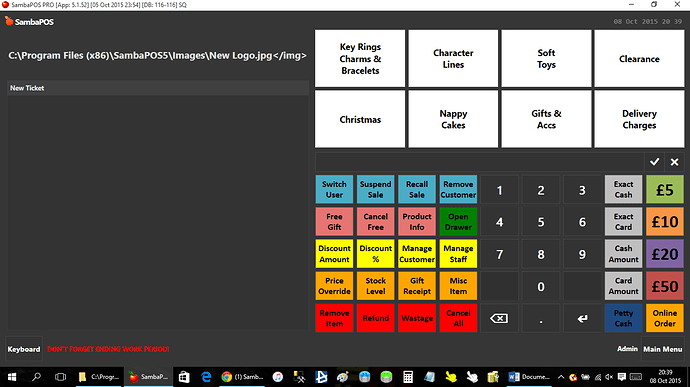 ive even tried it just in the C:\ folder 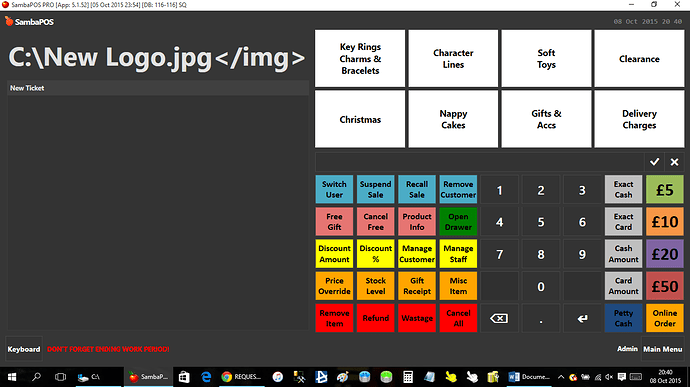 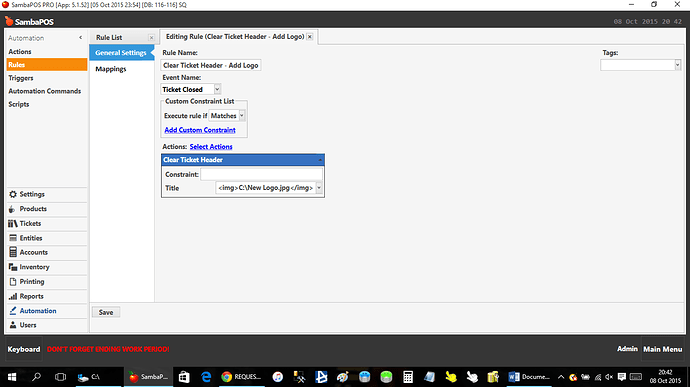 From picture Emre post he used 5.1.53.
So, it already support or will work on next update?