Where is source code?

hi i want to download source code, where is it?

V4 and v5 is not open source. V3 was the last open source version. You can find Version 3 at www.sambapos.org

when we get v5 open source version ?

V5 will not be open source. 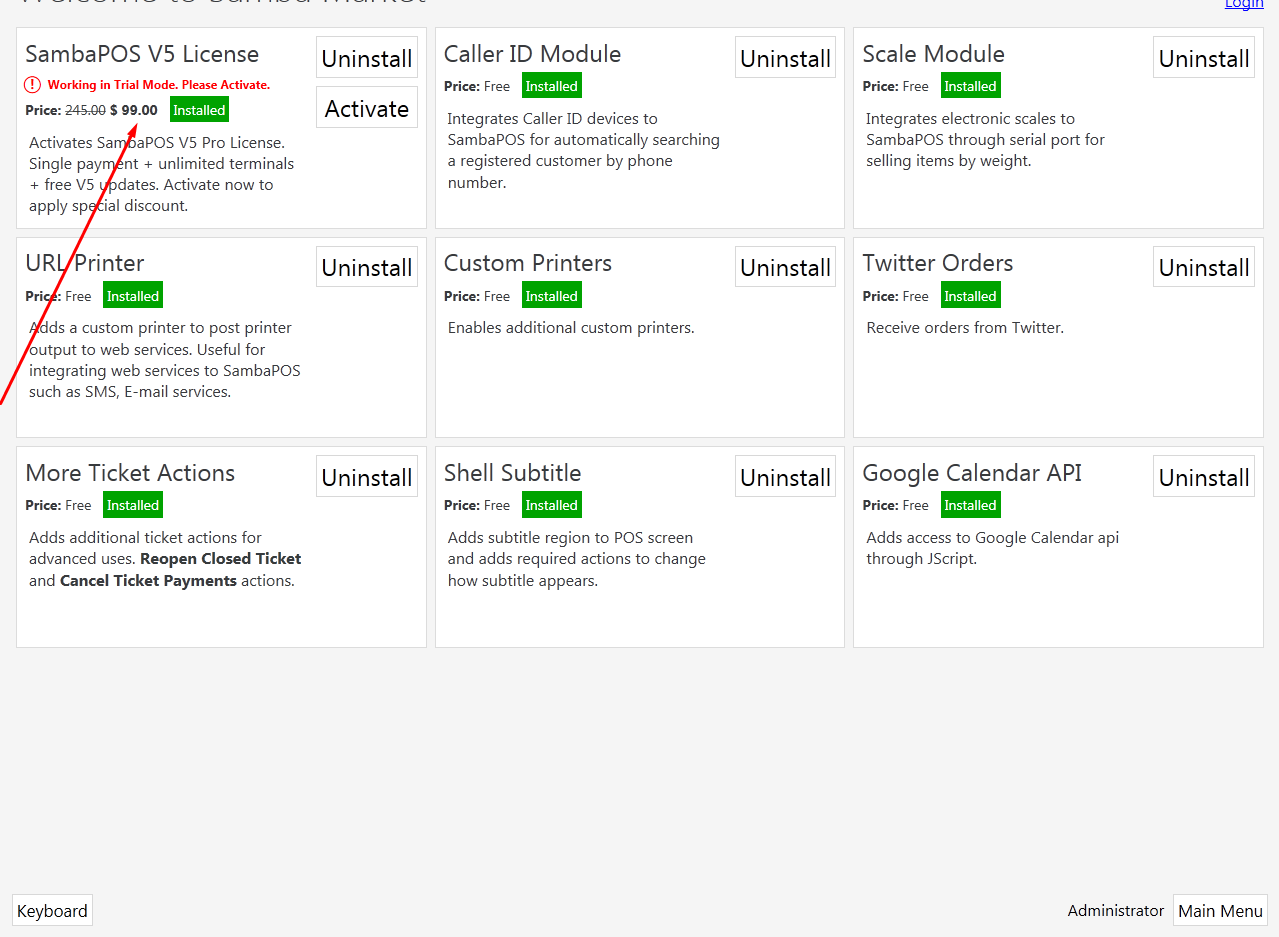 Could we get open source v5 in paid? and which language is used to develop this? how to use v5 after release ?

No you can’t get the source it is not open source. That is the license to use the program.

could i able to change the logo for business purpose?

You can change the logo on the main login screen, you can not change the small logo in the window header

This has been asked quite a few times before, use the fotum search

Hello. Today I’m releasing latest V5 version for forum members. Visit V5 Release Category for latest updates. For more than 4 years we worked hard to create a useful software for you and released SambaPOS for free to be able to share our idea with everyone. Today SambaPOS V4 working at +60K restaurants from more than 160 countries. We successfully kept SambaPOS project alive for a long time and we reached to a new milestone. We’re releasing a Professional version for people who wants to help …


V5 Licence has been explained a few times.

V3 is dated now but free and opensource. Anything v3 related is at http://sambapos.org/en, support forum will be quiet as few people still using.

V3 and V4 will work forever. V5 will work forever but without license activated after 500 tickets it will display annoying popup on orders added reminding you its in trial to purchase license.