Is it possible to have two kitchen displays

Yes it can be done you have lots of examples on the forum to get you started. QMcKay has some great tutorials.

This shows how to do 2 display, one for food and one for drink …

Or do something like the following using GraphQL in a Browser:

Obviously you would have separate devices with one showing the KD at all times and the other showing the BD at all times, but that would be the case with any “normal” Kitchens Display in SambaPOS.

What do you mean Whats coming soon? If your asking about features… we probably wont see any additional features to v5. V6 probably wont be on horizon until late next year sometime. But I also have no idea because I do not work for SambaPOS and Emre is not in communication as often as he once was with us.

I have followed the tutorial for the KD but im having issues with it. I have replaced the beverage display for one entity screen for starters and another for mains. I have used the food tasks to do this. Im getting the following screen: 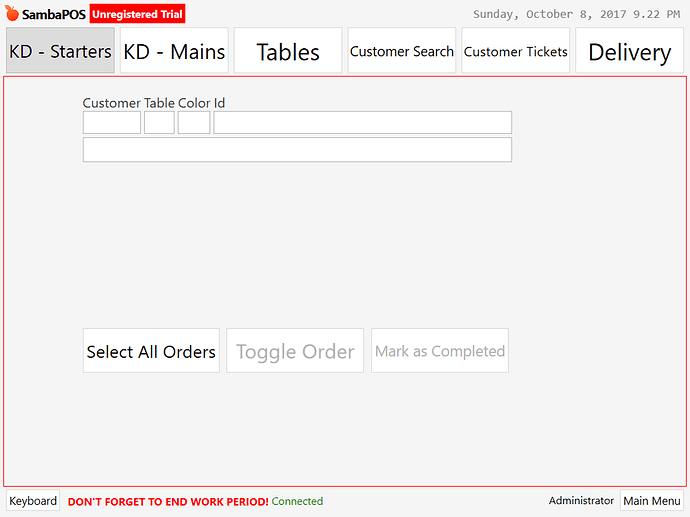 What am I doing wrong?

It looks like that because the Task Editor Widget Settings has been set to Allow Adding Tasks.