Close button on ticket screen doesn't work,in one department only

My close button doesn’t work on one of my departments.

It works fine on another department thought, I have followed these posts…

I haven’t been use V5 for a while but today i decide use it again. Problem is I can’t close ticket close button wont work even when ticket it paid. It still go back to ticket screen it should go back to entity screen. I don’t know what going on V5 I work fine for me before. Please help Thanks

But I have deleted my TAX accounting type so It isn’t one of those explanations there.

I have three departents and three different ticket types.

I have double checked all my actions firing to be correct but I can not see a solution.

I did notice this started when I deleted my tax accounting type. 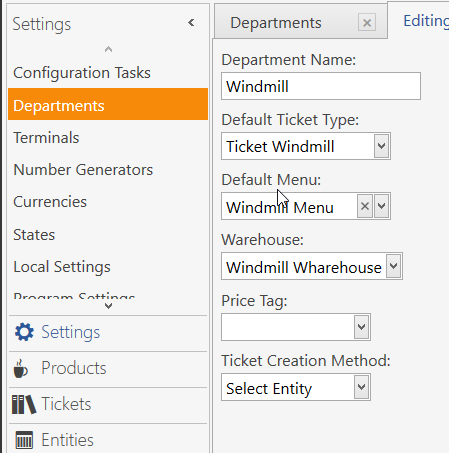 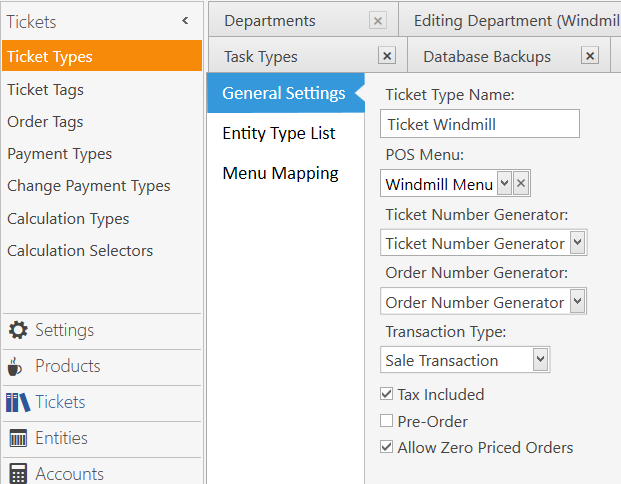 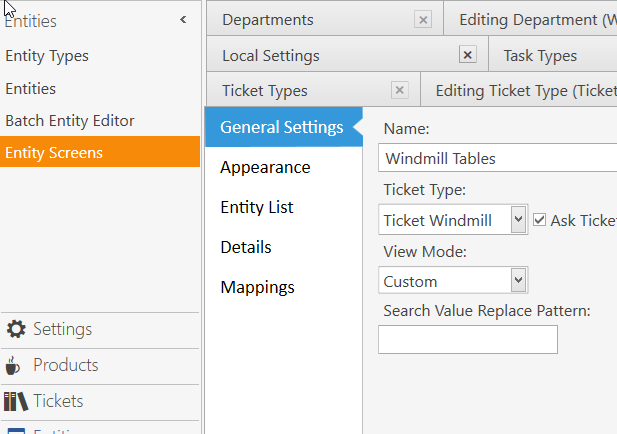 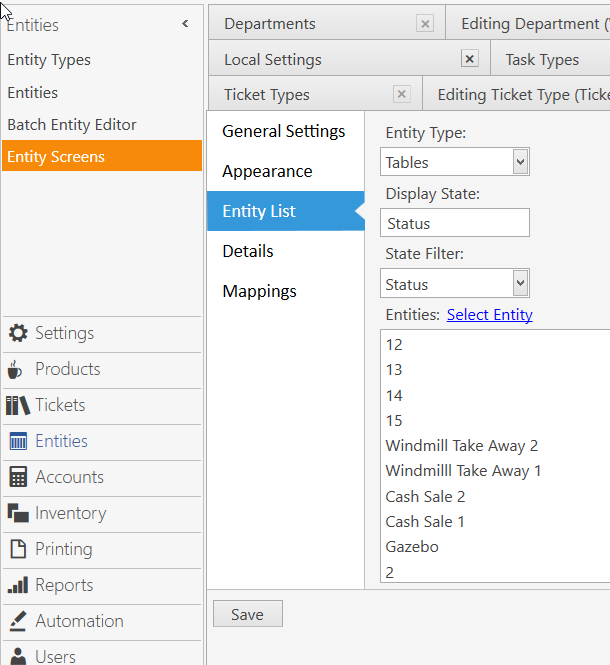 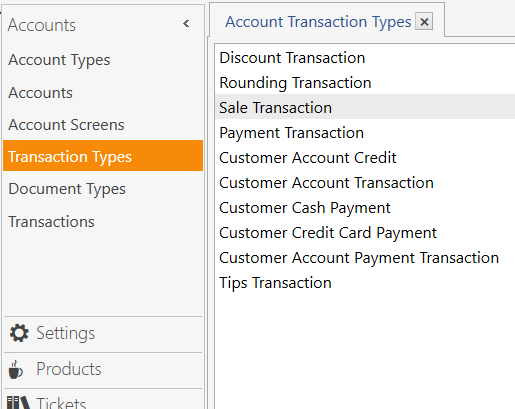 OK, I’ve tested and it is my default MENU that is preventing my close button from working on the ticket screen!

My default menu works fine, but my second menu is the problem.

Any idea where I can look for a quick fix?

Ok so i’ve run into a big brick wall…

It is not the Ticket Type that is causing the problems…as I thought it was.

Change the menu to blank then all is good again.

Don’t know if I’m spamming here but here is the Rule Debugger for my faulty department that doesn’t close the ticket. If anyone spots something please give a shout. 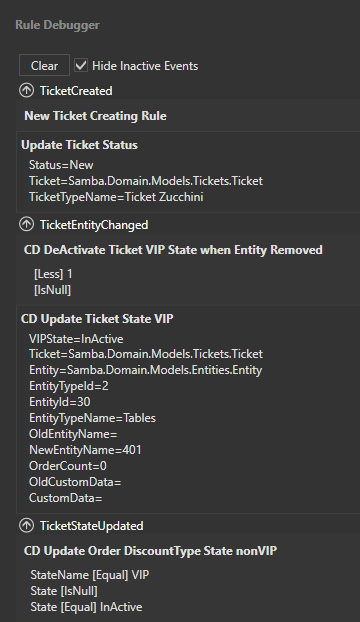 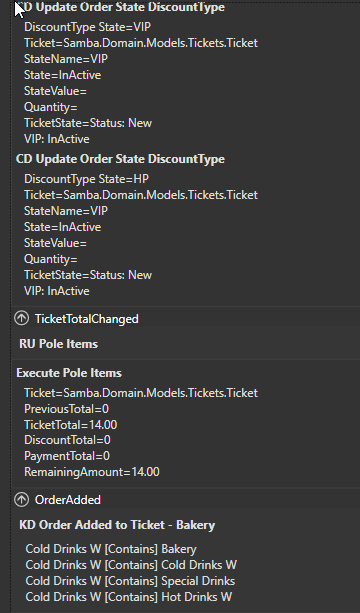 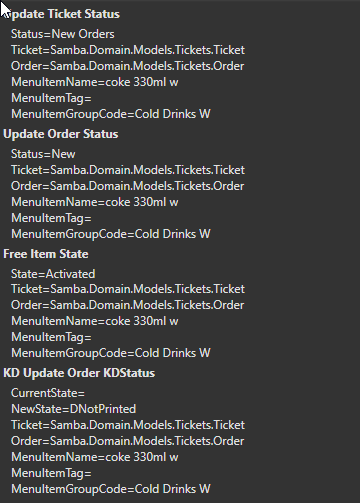 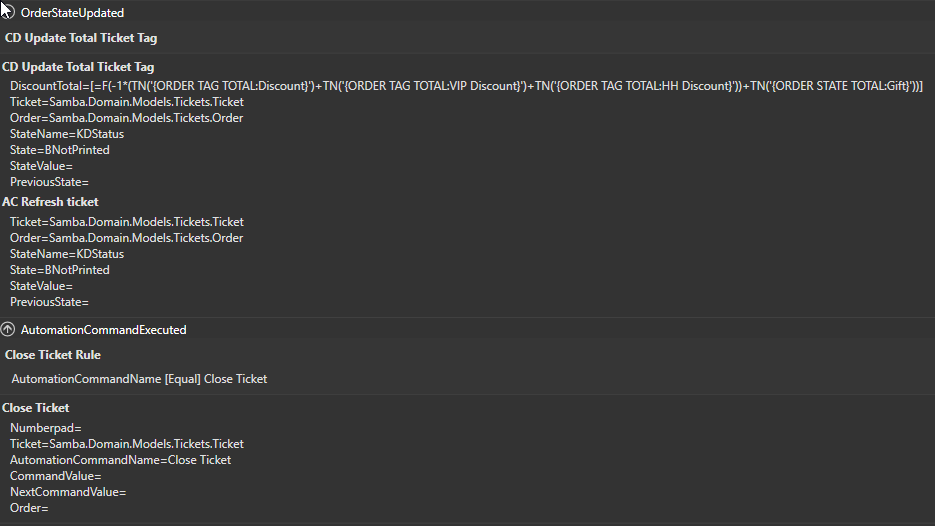 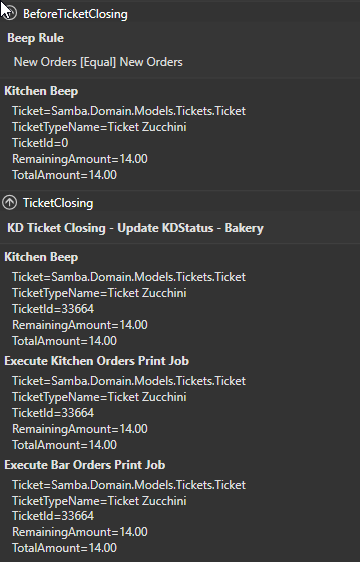 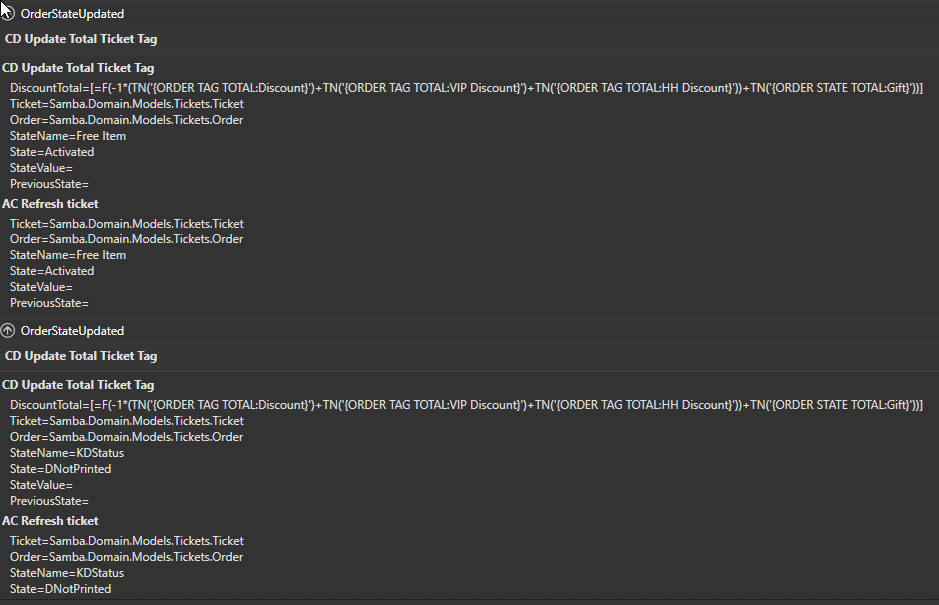 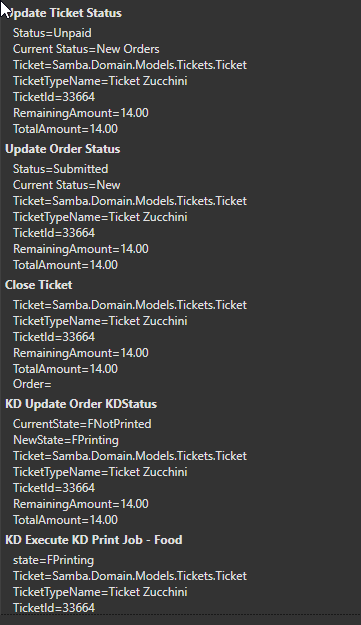 Guys please help me with this one, I really need some advise.

You havn’t shown anything relating to the close button, can you screenshot the button command settings, mappings and the rule and its mappings? 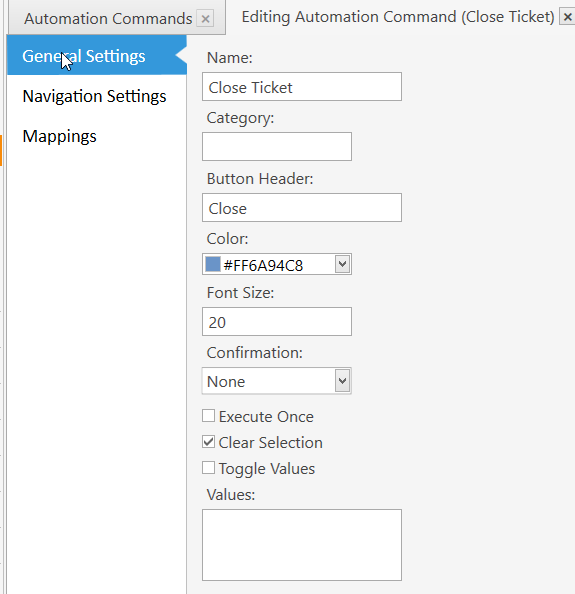 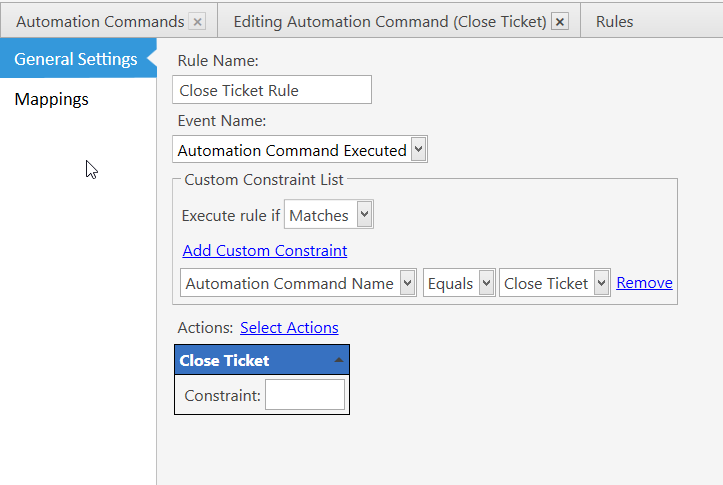 I’m sorry I don’t know how they interact…

Looking back at the debugger you have two close ticket actions in the flow, one on the automation command rule but also one on the order state updated… that cant be right?

All my rules and actions are from tutorials, the only close ticket action added is the following: 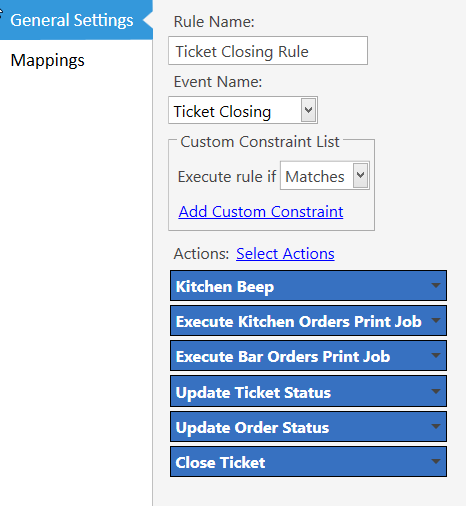 That doesnt seem right to me… Ticket closing event will be happening after the ticket closing has been initiated. Its very last event before closing right after before ticket closing.
But looking back again at debugger they are not the same, think its just the way the actions are named…

But you do have close ticket action twice by looks of it, you showed it in last screen shot on the automation command event and then its also there in that screenshot on the ticket closing event.

Try disabling it with 2==1 in constraint for a bit and see if it messes anything up.
Not sure if it will have an effect and doubting if its related to your issue.

That is correct. The Ticket is already on it’s way to being Closed if the the Ticket Closing Event has been triggered.

Whether or not it breaks anything by removing that Action in your flow of automation, isn’t even really relevant… it should not be there, and it might be possible that it is causing issues. Which Tutorial shows that the Close Ticket Action should be part of the Ticket Closing Rule?

Like you said problem of ticket not closing still there 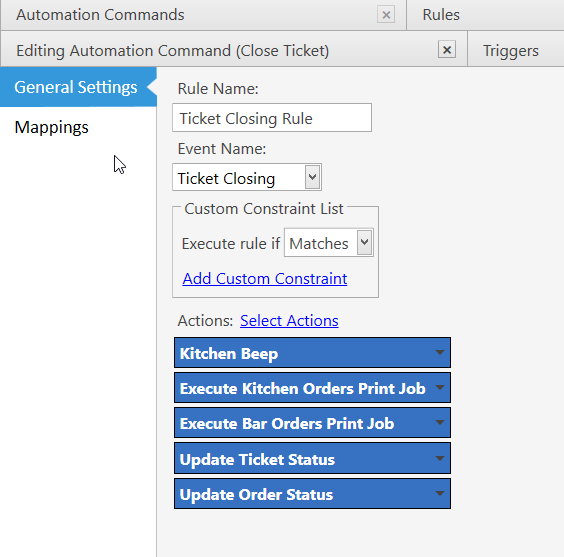 Thanks for confirming Q.
@stephanhenning after you have pressed close do you get any flicker of it closing? Do you have autologout enabled? Does it still show the user name in the bottom right?

Im still questioning those two actions after the ticket being closed…

Can you show the rule containing the KDstatus and KD Print Job?

How does the debug list compare to the same flow in the other department? That would probably be a good comparison to see what is happening differently.

I am sure there could be other causes to this issue, however, as I have mentioned before, it usually has to do with a mis-configured Transaction Type. It could be a Tx Type that is used with Tax, or used with a Calculation, or anything really, including the Sale Tx Type.

Other possible reasons that are more obvious:

If the Ticket has no Entity and has no Ticket Tag, it cannot be closed. You need one or the other (or both is ok too). 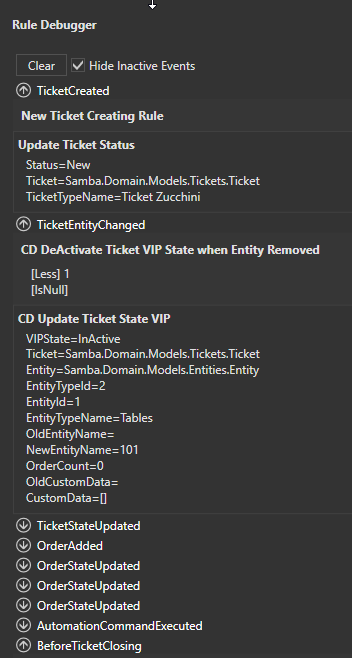 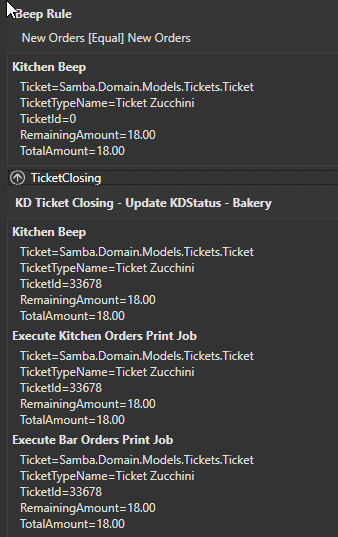 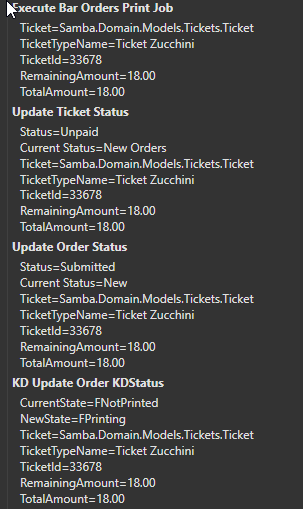 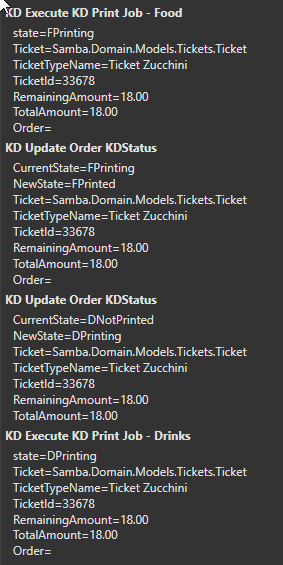 @stephanhenning after you have pressed close do you get any flicker of it closing? Do you have autologout enabled? Does it still show the user name in the bottom right?

If the Ticket has no Entity and has no Ticket Tag, it cannot be closed. You need one or the other (or both is ok too).

On the bill print it has a Ticket number, but still cannot close…