How to add this button "order complete Yes or No"

Continuing the discussion from Before close ticket event canel close:

You just need to change the Rule that handles the Close button.

Hi, trying to add this yes no button to ask question before closing ticket, can anyone provide more details please.

Ok, what are you wanting to achive?
Is it a confirmation before kitchen print like my original question on the topic?

OK, one sec will give bit more info.

Thanks, I tried to do it, but end up with nothing happening.

So CLOSE button would say have command value of Close Button
You need a new rule for automation command executed which would have a constraint of Command Name matches/equals Close Button.
This rule will have the ask question action with whatever question and two buttons.
The ask question action would want a comand name field of say ‘CloseConfirmed’ and the buttons would be something like
OK=Confirmed,Cancel=Cancel
Then go to the original Close button rule which should have had the command name constraint of Close Button, change the command value to CloseConfirmed and add an extra constraint of Command Value matches/equals Confirmed. 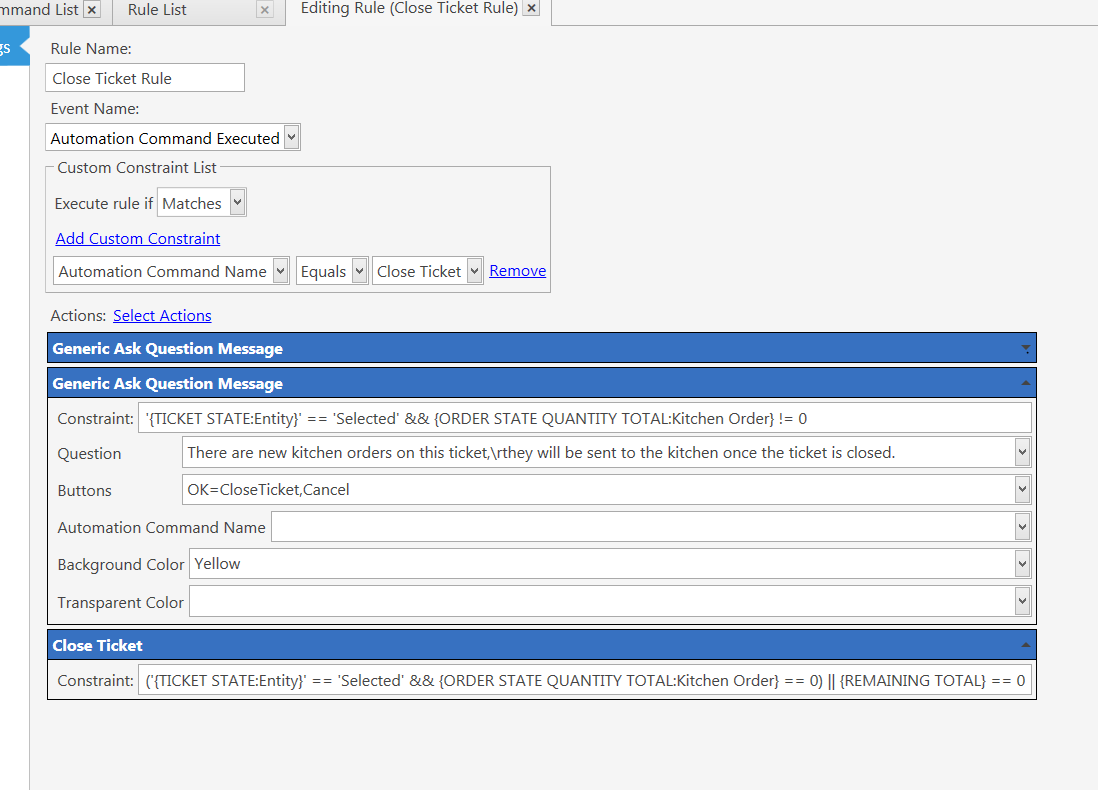 I am more lost than lost lol. If only I was more clued up with the basics I guess.

At the moment it seems confusing, as to what needs changing:

b) What needs to be done in Rules, I guess new rule needs to be created to ask the question as topic.

Start in your close ticket button rule first yer…
Make a screenshot so we are looking at the same thing. 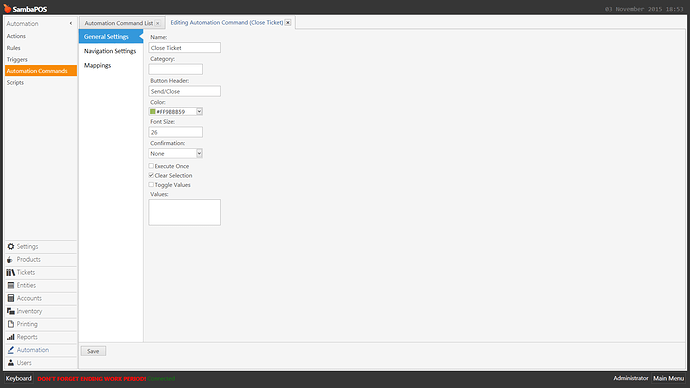 OK, now the close ticket rule in the top part of the rules list. 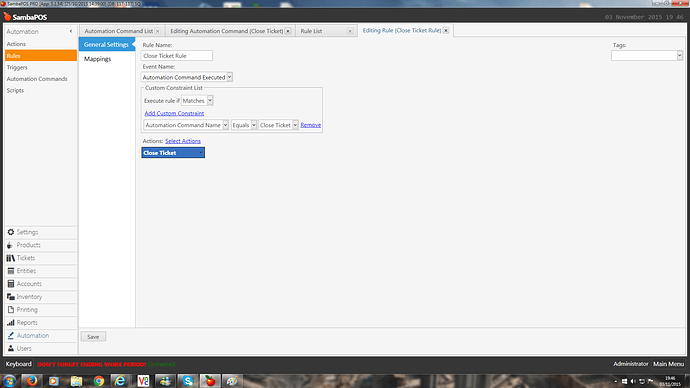 OK so as it stands that button is firing that rule.
You need an interim/intercept rule.
Follow the commands

I have tried it, now when I press the close button I get the question asked but whichever button I press nothing happens, so than I am stuck at that point. 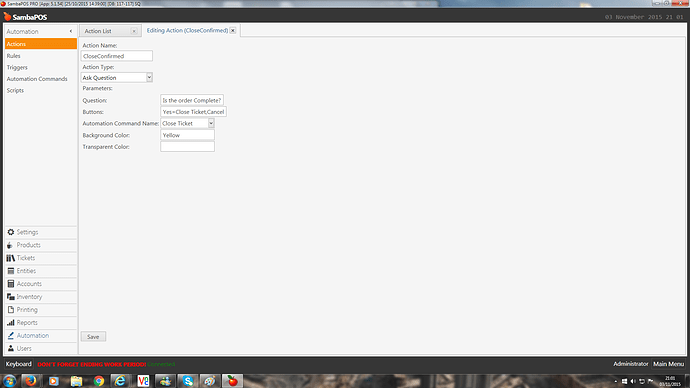 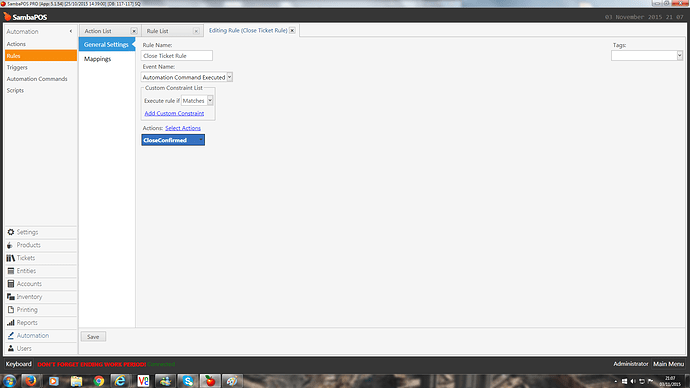 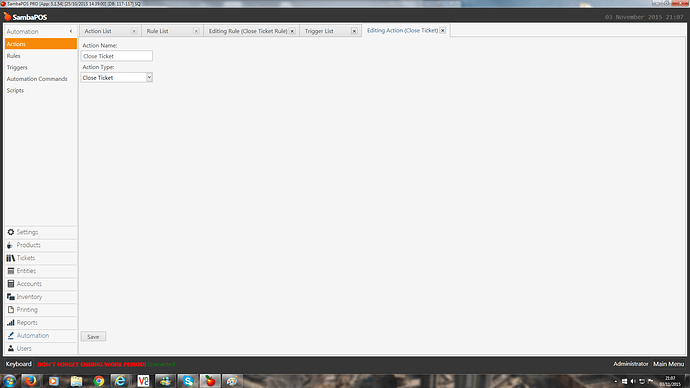 You have no command constraint on that rule so nothing is triggering it…
BUT hold on cause youll need to have differnet command name between the button and the ask question else they will clash.

Change the automation command name in the ask question action to something like CloseTicketQuestion (type it in, dont use the dropdown)
Id change the Yes= to Yes=Confirmed.

I need to learn the basics on how things work, as right now i feel like a right dumb ass. Now the close button triggers nothing.

I am going to give it a break, all these hours trying to get one thing to work, crazy!

You’ll get it and when you do you’ll get hooked, I have found myself spending pretty much two whole days tweeking one part of my setup to get it just right and to cover all eventualities - obviously the more complex the more possible outcomes there mite be.

Anyway stick with it and you won’t regret it.
Once it clicks you won’t blunder stand why you found it hard before, it think allot of people are expecting it to be more complex than it is and over think things,is do all the time still, spend an evening trying to work out how to do this and the answer is right in front of me lol