How to turn off the "refresh" feature in the order screen?

I followed a tutorial from probably JTR or Q’s tutorial in creating things such as quick CASH buttons, amount the couple tutorials they also include a feature to turn on the auto update/refresh of any order pending/not paid.

However, this feature interferes with with my multi user environment when one terminal is submitting an order, it will flushing out the screen of another terminal that is still ordering without submitting(that is the order is still at NEW. Can anyone point where to turn of the auto refresh of the order screen? 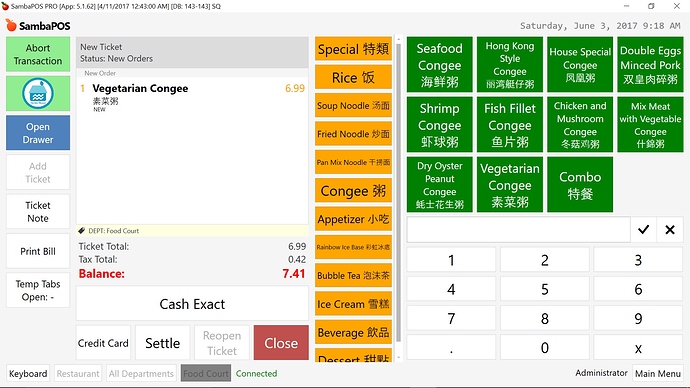 Only thing I can think of ive done which sounds like ‘refresh’ is the display ticket action with id 0.

I saw an option “refresh” somewhere which I believe could solve that last night but this morning, I cannot find it anymore.

This is only thing I can recall.

Do you know what control this part of the screen? 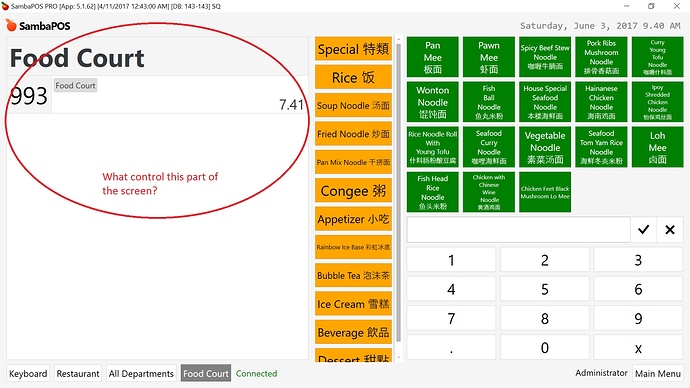 Controls how?
Thats a ticket list.
Setup I have used that in is my ‘temp tabs without entity tutorial’ and dont remember a refresh of any sort in that tutorial. Mine used a ‘display ticket list’ action where state was specified - beleive it can display list using filters of tag name, state, entity type, entity name and username.
It is also used by detault when selecting an entity with multiple tickets.

To rephrase my question: I basically want to turn off the ticket list so that the terminal still in ordering can stay.

How are you getting to that screen?

When someone else from another terminal has submitted an order.

I will try to remove the Generic Display Ticket List from one of the rule to see if that helps.

Submitting an order on one termianl forces this list on another terminal?

Yes, when one terminal submitted something will force other terminals that are still in the NEW state to refresh with the ticket list

Hmm odd, without any user action? What state are the other terminals in before? logged in without ticket started? ticket open? 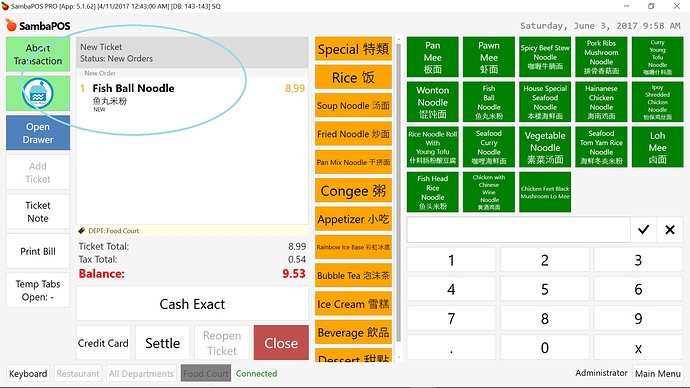 Will have to think what other features I have added may have broadcasting messages.

Hmm, now it could the kitchen ticket display ticker lister that I has not fully implemented(following Q’s tutorial) may be broadcasting.

The KD has nothing to do with this. It has no automation that uses the Broadcast Message Action, and even if it did, it would not be the cause of your issue. It also does not invoke the Display Ticket List Action.

That said, Messages are being broadcast all the time between Terminals so that they can inform each other what they are doing especially for refreshing Entity Screens and Entity State Updates, among other things.

However, there should be no way that a Terminal with a New Ticket with an Order on it just closes, disappears, and the Ticket List gets displayed.

Generally when a Ticket is Open like that, nothing can make it close except Cancelling all Orders and hitting the Close button at the bottom. Having Automation in place that makes that routine happen is highly unlikely. And a Message Broadcast will not cause that to happen either, not by default.

Are you sure all Terminals are configured with a unique Name in Local Settings on each Terminal?

Messages are being broadcast all the time between Terminals so that they can inform each other what they are doing especially for refreshing Entity Screens and Entity State Updates, among other things.

That is my understanding too.

I have set the each computer with different terminal names but “may not have reboot” the computer. I have however exit the SambaPOS annd reload it several times.

So far, no luck-I think I have set all terminal names correctly. I will collect several screen shots to ask you guys whether I have done it correctly.

I see that the Ticket has a Ticket Tag.

So something in Automation is firing a Close Ticket Action, and a Display Ticket List Action. The actions are probably in the same Rule, but they don’t need to be.

Look for Rules that contain a Close Ticket Action.