Oh sorry, for some reason I thought he was trying something out to resolve this issue.

Do we have an update on how to work around this bug/ issue or will there be a way to fix it soon?

It would be a job for emre, there arent any actions relating to submenus so without restructuring your menu dont think there is a quick fix/patch.
Only workarround I could think of based on qs description of the glitch would be to add an extra submenu to be shown in position 1 using a unrelated product so item isnt added from 1st menu but that is slightly counter producting from a efficiency point of view if like me your first menu is ‘general’/popular quick selection from all submenus.

@emre IS there any updates on this issue as the users are getting more impatient with it because when the bar is busy they are making mistakes due to this.

Sorry about all this, it is just affecting the use of the system as they have to tkae more time to not press the wrong product as it swaps the menu items.

Am I correct to say its only the second item added if the first was not 1st sub menu? Its not every order added jumps back to 1st submenu?

8 posts were split to a new topic: Fast Menu and Change Screen Menu action reverting back to original menu

@pauln I moved our discussion since its not really the same as the issue reported.

this issue is still a consistent battle which I am still trying to resolve. Something I did find out is the menu changes back to the first catagory as soon as the status is changed to “New Order”, which the system does after you put the first product in. I am wondering if there is a way to default a new ticket to be in the status of a new order before a product is pressed.

If anyone knows how to to do that it would be great.

You can use Ticket Opened Event Rule add constraint Order Count 0. Then use Add Order then Cancel Order Action.
Or Update Ticket Status from New To New Orders.

sorry I am not following what does this mean?

sorry I am not following what does this mean?

Do you know how to create Rule? There is Event Name and Constraint that you can select. “Update Ticket Status” Action already have it by default just add it.

sorry man, what you have sugguested didnt work. 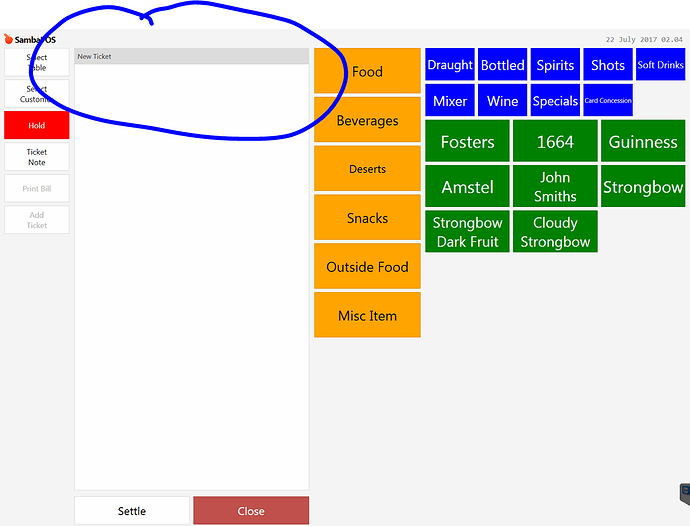 After the first product has been put in the tick has a status to it and when it has that status it doesn’t jump from the different sub menus. I am trying to get the status there before anything is pressed so then hopefully it will stop the menu from jumping.

Does this make sense?

sorry man, what you have sugguested didnt work.

Update ticket status is a action. 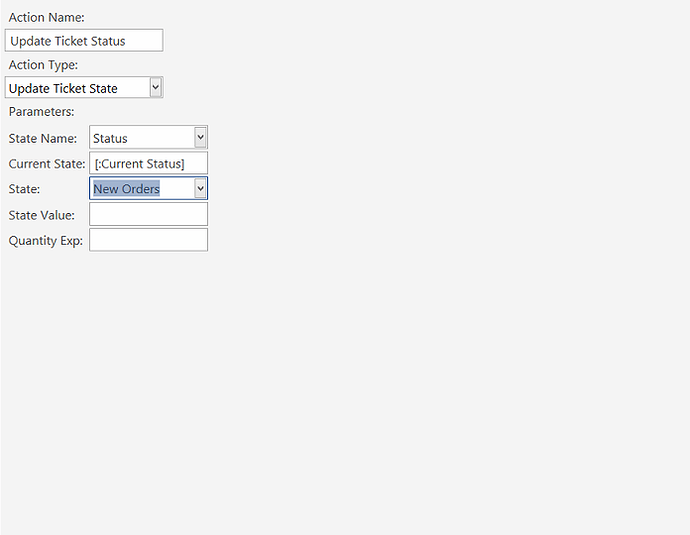 this is the new ticket creating rule 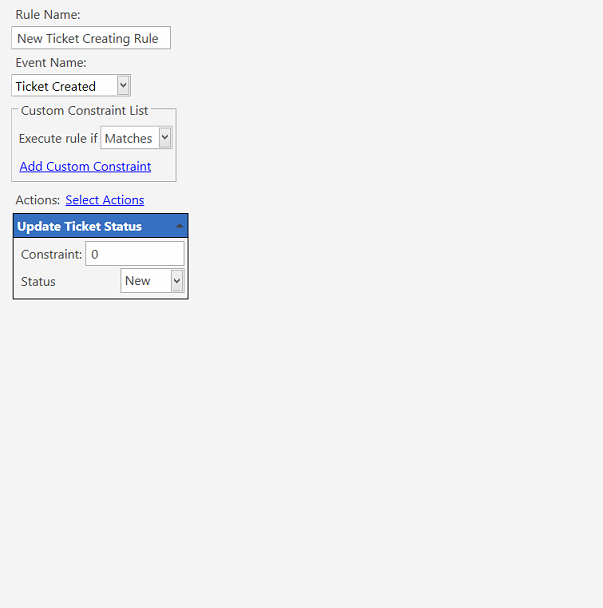 and this is the create ticket rule 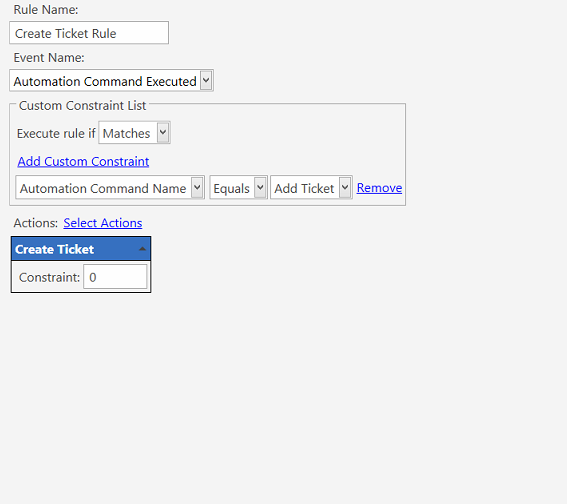 Because It is all wrong.
Action you show and action in the rule it is not the same.

You don’t have to edit (DO NOT edit actually) default Update Ticket Status action.

EDIT:
Here it is 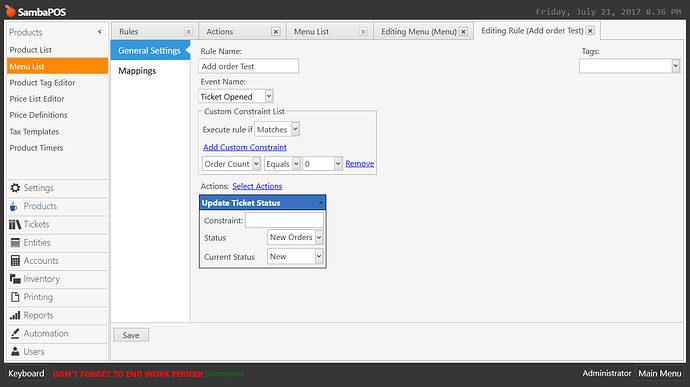 And change default Update Ticket Status back to this. 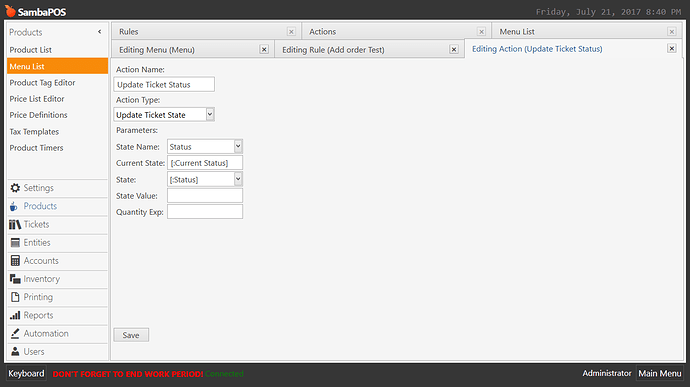 Be very carefull manipulating the default status states for tickets or orders.
If you don’t understand what your doing (which with greatest respect you clearly arnt fluent in the rule system and flow) you will very quickly mess up your system.

This is very true and you all are a great help with people like me. Although this issue has been causing a lot of grief for me and also the bar staff when using the system on busy nights which where they are is very frequent. These tills are in a holiday home that has 6tills plus a server plus a back till.

So they have been reporting this issue to me for a while and they are becoming impatient. So I need to do something drastic and this was the only workaround I can see. If the issue wasn’t as persistent or annoying as it is for them, then I could have had a chance to wait until an update however they have had it.

I have the server backing up daily with the database also being backed up.

I would love to know if there is any other alternative to manipulating the default status.

Thank you for all your help.

TBH I dont understand what your trying to do, pretty sure the ticket state has nothing to do with it, Q tested the issue and wasnt first order only, it was to do with the menu itself and what was added first as didnt happen every time.
If emre was on the forum he would probably have sorted and been fixed in an update by now but he seems AWOL at the moment.

It has been a few months now and the issue is still happening. Have we found a workaround or a fix to this issue?

and the issue is still happening

Were you expecting it to magically fix itself

Still no sign of emre and no other sugestions so no - no solution.