I just try on MY computer, I open another user session, after the “no valid Licence install”, I could start the POS with the current WP started 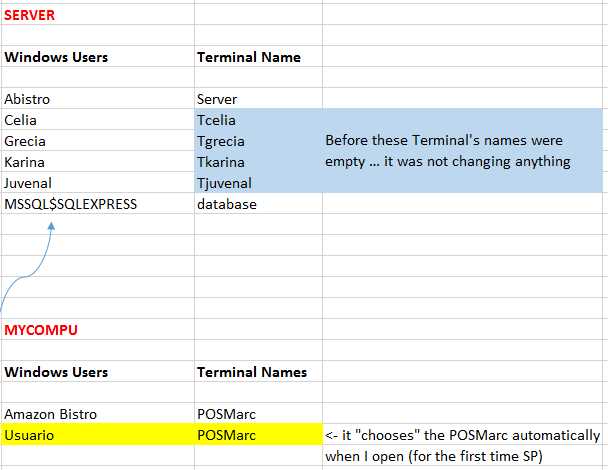 2nd waitress has clocked in…

Right now I have:
On the SERVER, I have right now 3 windows sessions opened, with 3 SambaPOS programs running:

Sorry, I cannot seem to get mult-session to work. Don’t know why.

Switched to 2nd Windows Account, run SambaPOS (or maybe it is already running), but WP is closed.

I doubt it was meant to run like that. Perhaps Emre needs to add some features to use it across sessions like that. Typically most places use single session and make staff use different sambapos logins.

Basically I did not change any settings at SambaPOS.

Then I added “terminals” - without knowing what is exactly is, maybe it is supposed to work as you say : 1 terminal = 1 supermarket cashier with own working period … don’t know. 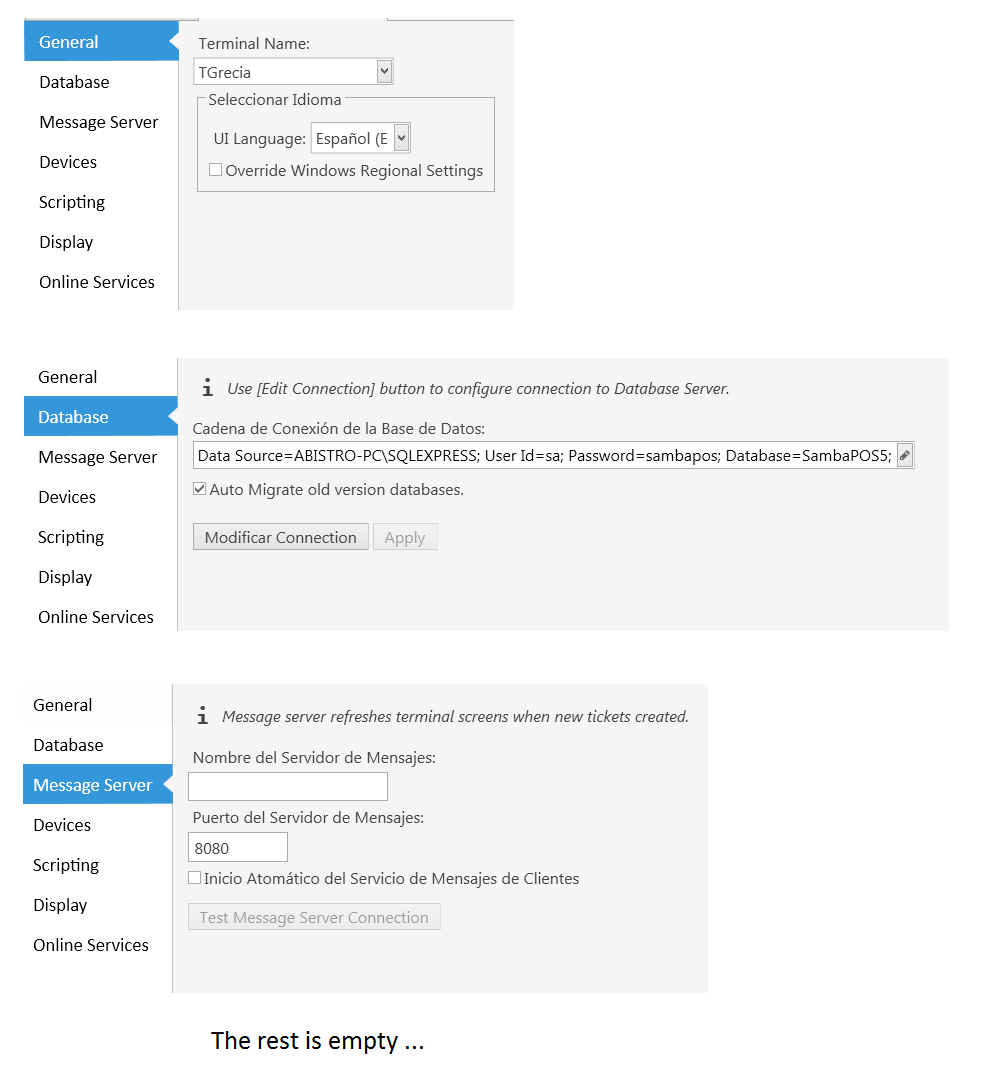 No terminals is for connecting other physical computers to same database.

however the problem is not “rdp/2 concurrent windows users” related

No terminals is for connecting other physical computers to same database.

Thanks ! I am asking that for a while now

Splitting this Windows User Sessions to another Topic … please stand by…

I doubt it was meant to run like that. Perhaps Emre needs to add some features to use it across sessions like that

Probably not. But there must be something “local” to the Session that gets set/unset when a WP is started (or not). Don’t know if it stored in a file somewhere or in the registry?

I always just assumed the way it determined whether the WP was open or not was to look at the [Workperiods] table in the DB. If that was the case, then in the 2nd session, at least when SambaPOS is started, it would know the WP was open (or closed). This is obviously not the case for the Session scenario, but it is the method I have used in many coding scenarios (JS and PHP) to determine if the WP is open or closed.

And what is happening with the Messaging Service across Sessions? Are they still receiving messages from other Sessions? Who knows?

I found the problem.

The SambaPOS instances in the different User Sessions were configured to connect to different Databases.

The DBs are so similar that I could not tell just looking at the NAV screen.