Sort Modifier According to the user entry

i want to show order modifier on ticket as they has been selected not according to the order they are set. For example as shown below 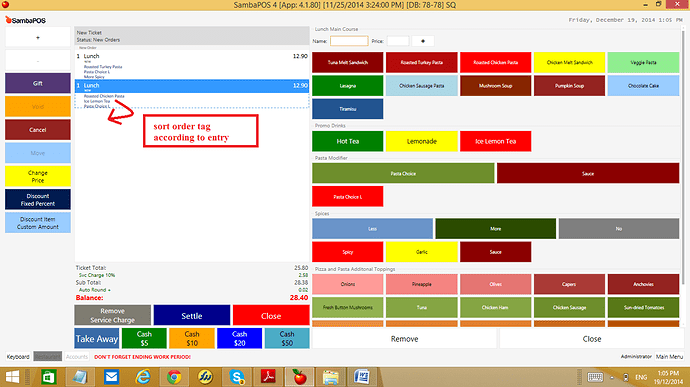 if it cant be changed is there any suggestion how should it be handled?

Can you try using {SORTED ORDER TAGS} as shown in the screen shot?

@QMcKay the link you provided dont hv tag issue on screen but in my case it is not showing properly on screen.