Something like that would work if it supported expressions.

Did you tried configuring visible states by giving a state name like Status=New instead of just New?

I think I did but is that relating to the early posts? I was miss explaining myself, my problem was trying to format orders using stats from different state types/groups so there was poit where two formatted states overlapped.
Solved by creating a set of Format states under a single group and added extra state update actions throughout.

@kendash workds out as gooder way as any;

Lol you could set it to same color as background. Then it truly would be invisible.

Lol you could set it to same color as background.

Did that aswell but background would be different with group, anyway at size 1 its as good as invisible anyway LOL

I just took a strong muscle relaxer so I might pass out soon.

lol I’m glad I returned to this post and didn’t missed that. so funny. 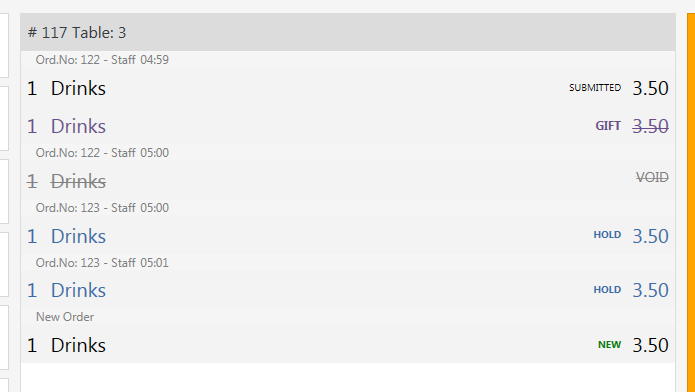 What would be nice would be a way to ‘align’ these inline ‘formatted state values’ - see below; 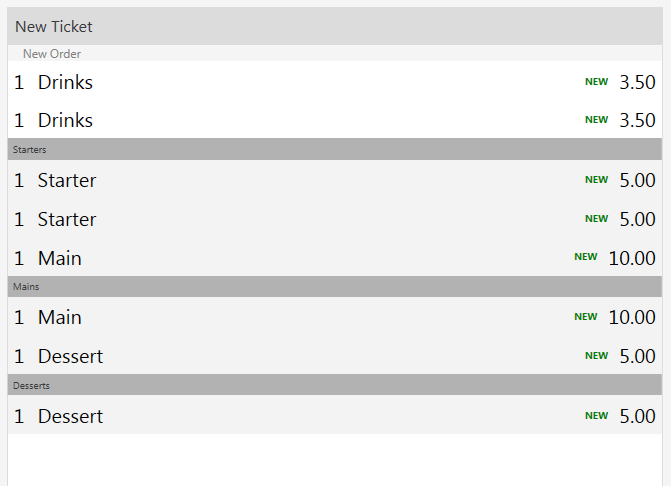 I have never used a lengths calculator and not even sure it would work in the format fields but if the amount of spaces between NEW and the price could be set dependent on the length of the price that would be awesome.

If you can use {CALL:X} you can left-pad the prices in a script to make that display look nice. You also need to be sure to use a fixed-width font like Consolas for it to work effectively.

Can you affect the Font being used with something like <font Consolas> or similar?

If not, no amount of padding is going to help, since by default, the font shown in the screenshot is not fixed-width, and you cannot reliably align variable-width fonts.

@JTRTech how you managed to do this format?
Can you share ?

On the subject of State Formatting and my aim to reduce/simplify the ticket screen I was hoping as well as defining colours ie red with strike-through for void it would be nice to replace the price with VOID (as the void/gift state visibility on ticket screen has been turned off) however you cannot not have {0}. Let me show you; Test addition next to {0} [image] [image] Removing {0} and just VOID [image] [image] Think this would be awesome if pricee could be masked like I was hoping - si…

If you have specific question please ask

I know about this format, I fixed it succefully

i was asking for the small letters HOLD, New etc