Would this work with V5?

I am sorry for making a new topic, but I was just not able to put my question on that discussion.

I tried to follow this guide to put on v5, however I noticed that there are some things that are not in v5 and are in v4. Is it still possible to do this on V5 as this would help me a lot with my POS. As i get customers that just ring up and say “Hi, its me. Could I have my order? Thanks” as we already know their order. But we have some part-timers that do not know their order, and if they could be able to load the last ticket it would be great.

The part where im stuck.

For example, (im doing the 2nd option) in the part where you would make an action - update entity state, for the parameters - you cant enter an entity state. however you can do the entity type name, entity name, field name and field value in v5 only… but in the picture that guide is for v4.
Thanks Shah

You can do anything v4 had in v5. You need to provide some screenshots I am not sure what part your talking about. Some things were improved in v5 to make it more clear perhaps its just a terminology change has you confused.

If your talking about parameters you can just type it you do not have to select it from a dropdown.

After I had put this question up, I went back and re-checked every step. Then I had realised I missed a letter out which made it not to work. I am still checking all the other parts to make sure that nothing else is wrong.
Is there a way to delete this question as I may think it will work as soon as everything is correct.

It’s ok to leave it. Others might learn from it. 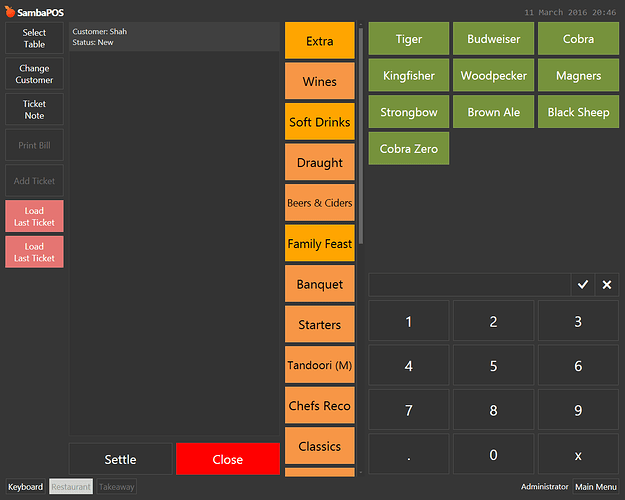 I went through each step carefully, and when I finally had finished. I tried to do the load last ticket. It does not work and I have two buttons instead of one. What do you think that I have done wrong?
Thanks

@Jesse forgot to tag your name in the other post for some help. 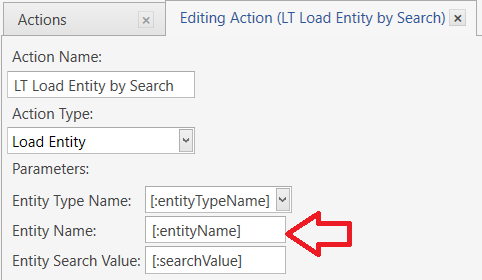 Remove that Action from the Rule named LT Entity Selected - Load CLastTicketId and Save the Rule.

Open the Rule again, and add the Action back in, and set it as follows: 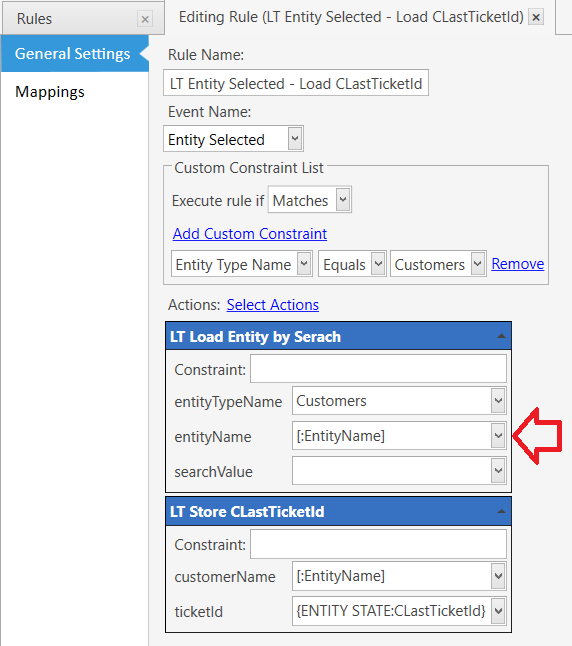 Hi, sorry for the late reply. I double checked the automation commands and there was 2. Deleted it and solve the 2 load ticket problem. Then followed your other post, and changed the action along with the rule update. And still no luck with the last ticket loading up

I should really just re-post the full Tutorial with the modified Automation… I understand why it worked during testing when I originally posted it, but there are some small issues with the setup.

This Tutorial shows how you can store, recall, and clone a previous Ticket. It works from the Ticket Explorer, or in the case of a Customer Entity, it will allow for cloning of that Customer’s last Ticket.

Hi, just finished the updates and corrected it. Now when I click Display Last Settled Ticket, a message pops up saying “Cannot find Previous Ticket for Waiting”. I’ve got that name just for customers who are waiting in the shop for their food. Last time I used sambapos to take orders was on the 10th. Since then no orders on record. But yesterday I had entered sample orders, and today when I try to load the last ticket, it still says cannot find previous ticket. Also when I locate the previous ticket and try to clone it, it does not work as the button is slightly greyed out.
I have also imported the DB tools which is available, thought that would help it to work, and still no luck.

It is designed in such a way that previous Tickets must have a Ticket Status State of Paid. You will not be able to Clone the Ticket if it was not Paid - the Clone button should not appear at all.

This is by design, however, if you have a different State flow in your setup, you can bypass this requirement by modifying the Automation Command Mapping for the Clone Ticket button.

“Waiting” must be a Customer Entity, and that Entity must have a previously Settled/Paid Ticket. The Ticket Id is stored in the Entity itself in a special State called CLastTicketId, but this only occurs when that Customer fully pays for a Ticket. When you select the Customer at a later Time/Date, it loads that Customers CLastTicketId State so that it is available to be displayed and cloned.

“Waiting” is a customers entity and all have paid tickets. I have also changed the enable state of the automation command from * to blank. I can now clone tickets. But I have now realised that I can only load the previous ticket if it was made on the same day. I am going to need to get back to you tomorrow to confirm this as I think that the settings have just been updated and the previous records may not exist so any new tickets from now on, may be available to load.

In the case of using the Ticket Explorer, it does not care if there is an Entity assigned to the Ticket or not. It simply displays the Ticket that you choose, and gives you the choice to Clone it.