I want to implement the Order Ready functionality on item wise rather then a ticket wise. For example
I have an order which contains.

My case is if any of the above item is ready i.e. (2 X Choco lava cakes) i don’t want customer to wait for other items. I want to pass the item as it is ready. So I want the** Item ready button in place of Order ready**.

Please provide me the way to achieve this functionality.

You should probably give some more detail on how you intend to display “Ready” Orders, because changing the Status State of an Order is a simple process involving a single Automation Command, Action, and Rule. Are you using Ticket Lister Widgets?

You can then decide to change the Order Status State to something else with a little bit of Automation, specifically, using the Update Order State Action.

To use the following Automation, select the Order on the Ticket and click the appropriate button.

Because the following setup alters the default Order Status State, it could very likely break your State flow in ways that you don’t want.

Best practice is to create a new State Name (Group) (ie. RStatus), and alter that State instead. The process and setup would be the same, except you would not be updating Status, you would be updating something else, like RStatus. 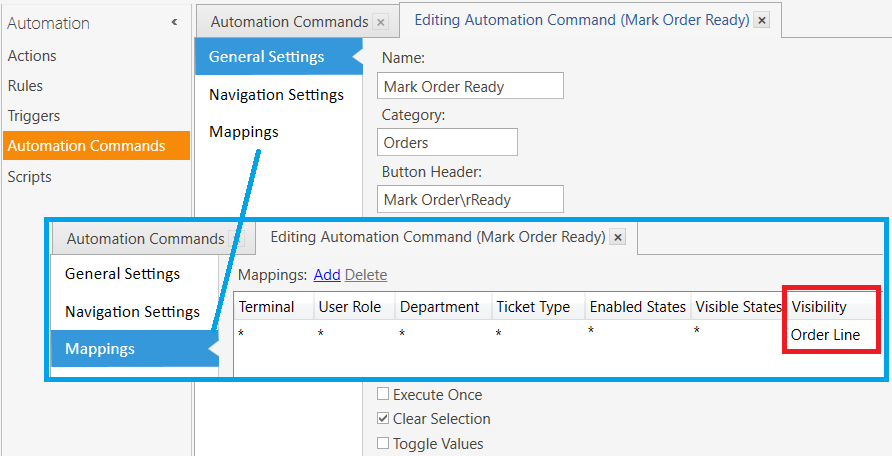 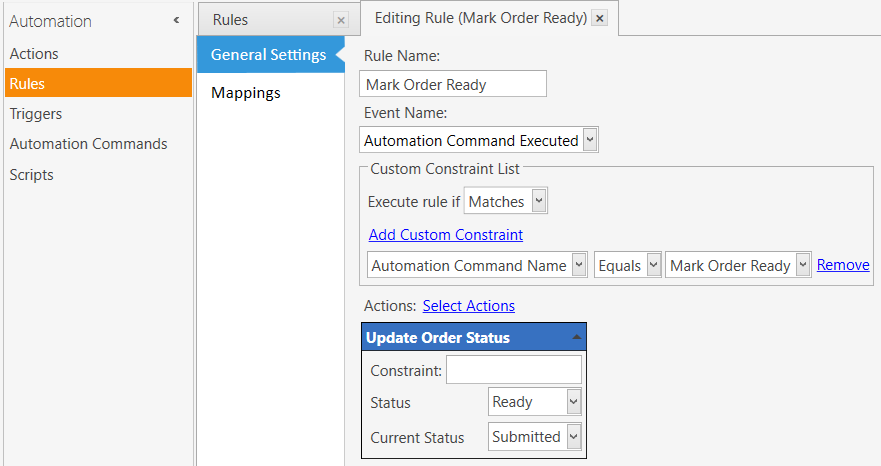 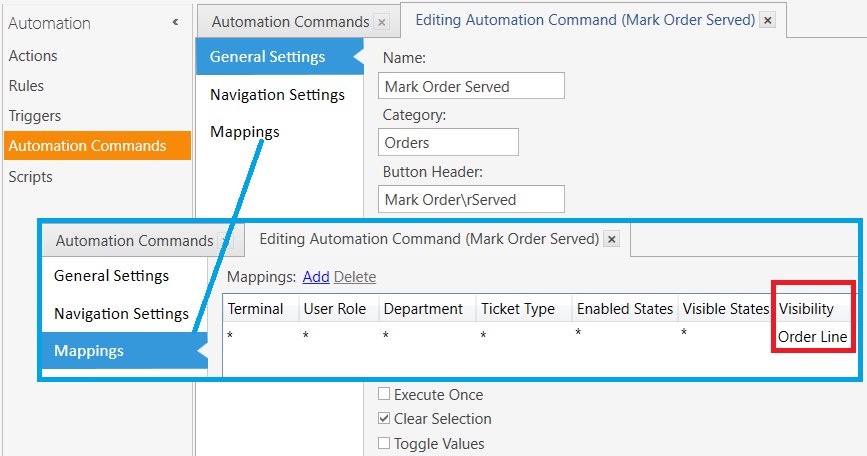 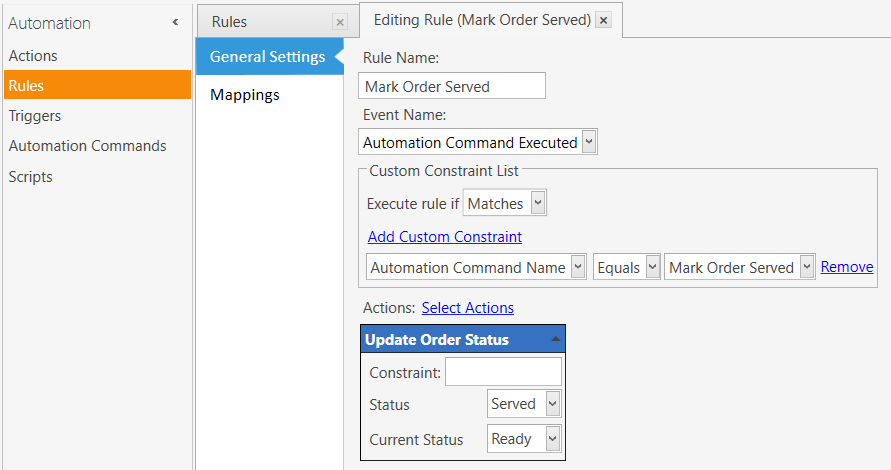 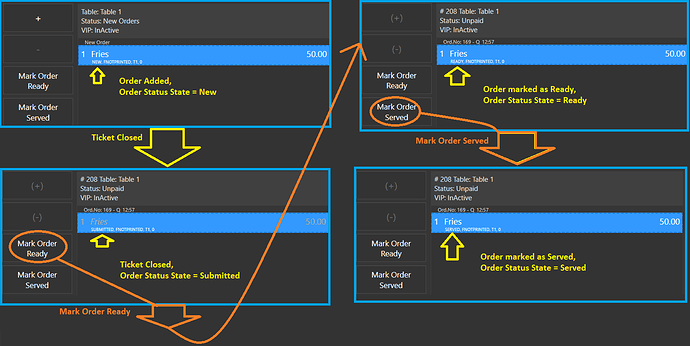 Thank you so much for your reply.

I want to implement this on Kitchen Display Screen not on Order screen. 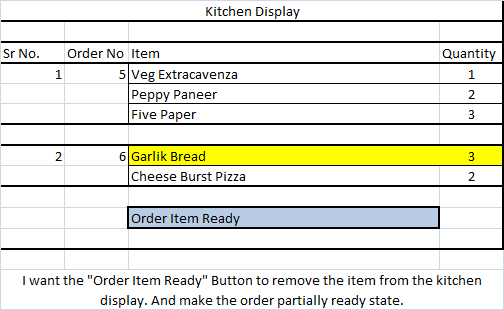 I want to have this kind of a kitchen display.

As i m new to sambapos i don’t know much about the state management, rules, automation button etc.

Can you share with me the reference material for the same.

I won’t explain how to set up a Kitchen Display for V4. Search the forum… 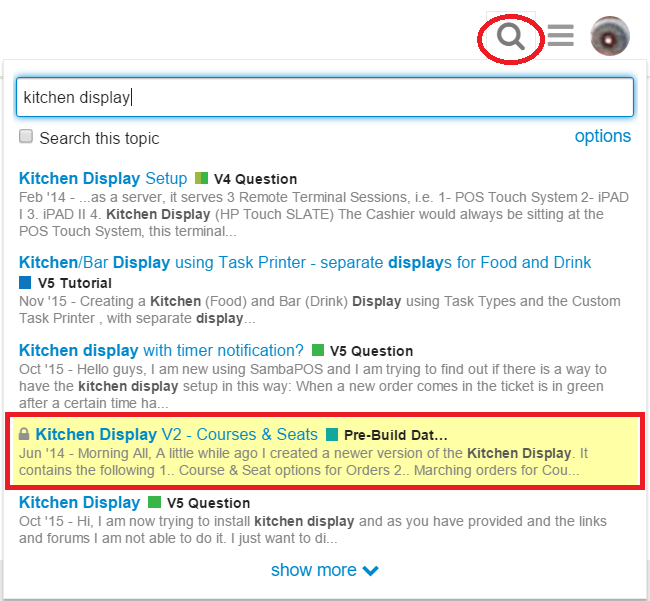 I highly recommend to upgrade to V5, because it has much greater power and flexibility and Kitchen Display setup in V5 is trivial in comparison.

You are right . Today i have downloaded the trial version. once my implementation gets completed i have decided to buy it.

Both the scenarios are different. I don’t want different queues for the different menu items.

There will be just one queue. Tickets will be displayed in one queue only. I want the provision that will make the selected order [i.e. only one product out of four product in a ticket.] [ not a complete ticket] ready.

Please suggest me the way.

You can modify that to suit your needs. If you want control of the State at the Order Level, there is no other way to accomplish this other than using Tasks as shown in that Tutorial.