I wanted a friendlier interface into making Inventory Purchase Documents and Transactions, and making Payouts to my Suppliers, so I spent some time putting together a PHP-based system.

I’m releasing this code to illustrate what can be done using PHP when attached to the SambaPOS Database (SQLExpress). I have done my best to make it as generic as possible for those who want to use it, but inevitably, there are some specific functions within it that apply to the way I have SambaPOS configured, and the way I think Inventory should operate.

You should also read the file !readme.txt for more information.

Ensure you modify the configuration file to set your DB username and password, located here:

You can also look at config.php which contains simple things like Site Name.

DISCLAIMER:
Use it at your own risk on a non-production system until you understand how it works. It will insert, update, delete records in the database.

CODE:
The code is fairly clean, but poorly documented, and there may be portions of it that are unused or deprecated… I’ll work on cleaning it up over time. It’s pretty “old school” and linear. I make no claims of being a good coder, and I admit I’m exposing myself and my bad habits in this regard - laugh if you want, complain you must, offer suggestions if you please - it’s a work-in-progress, even though I am actively using it in Production. Play around with it yourself and make it work for you, scoff at it, change it, improve it, share it, delete it, light it on fire…

SUPPORT: (what?)
I probably won’t provide much support for this (especially how to get PHP working), but feel free to ask questions anyway.

Purchases are made from the PURCHASE screen, and Inventory is inserted into the SHOP Warehouse. An Account Transaction is also made when Payment is made. I then transfer extra stock from SHOP to the BODEGA using the STOCK screen. Later, requests are made from the Shop using the REQUEST screen to have Inventory brought from the BODEGA. When I Fulfill a Request, inventory is transferred from BODEGA to SHOP.

Buttons in SambaPOS to open the PHP in a HTML Widget (you need to make these yourself): 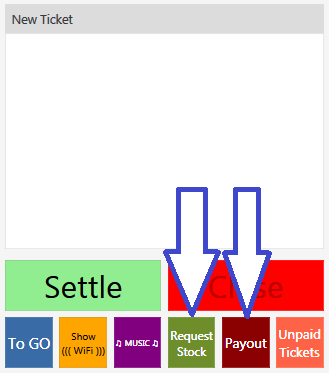 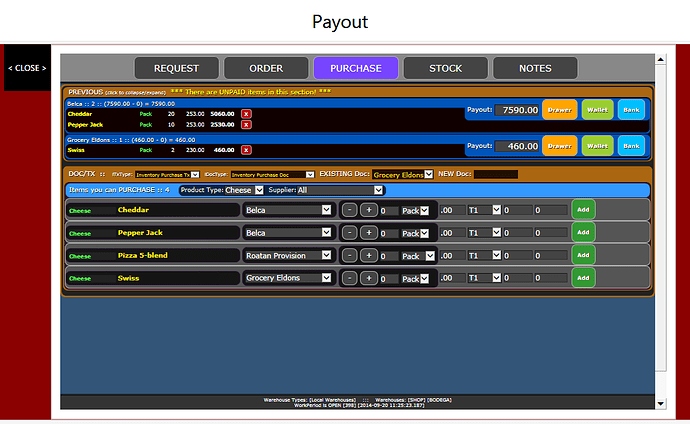 The STOCK screen: (for moving and updating stock in Warehouses) 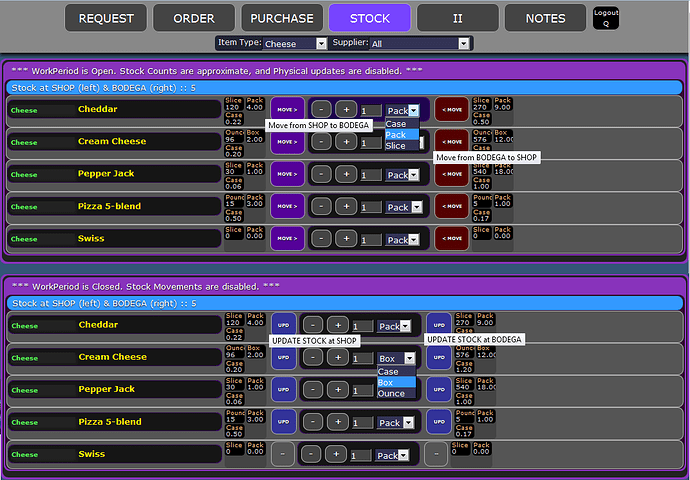 This is how I have SambaPOS set up, so some of the code is based on (naming) conventions found here: 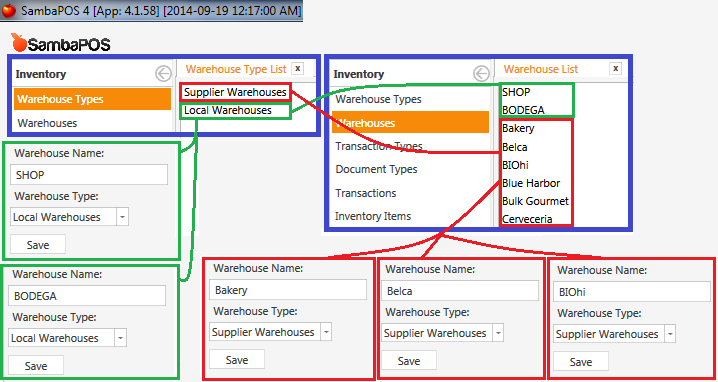 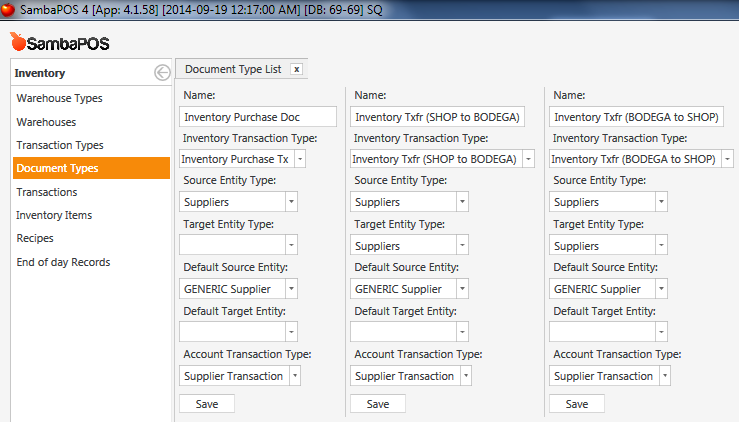 Supplier Entities: (mapped to an associated Warehouse and Account)

Account Document Types: (these appear as buttons on the PURCHASE screen) 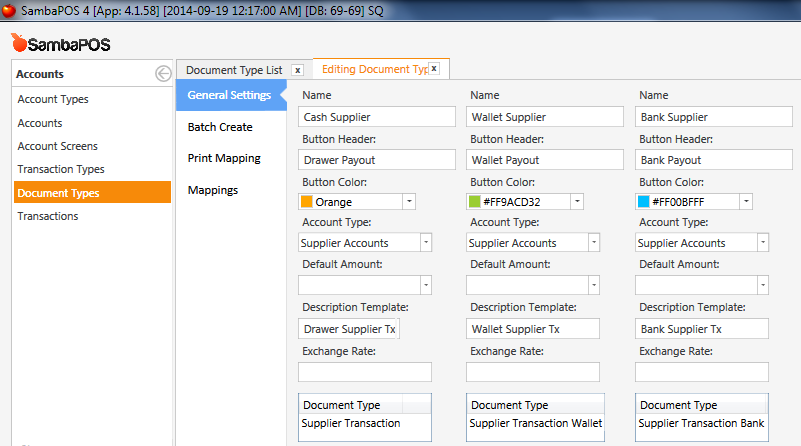 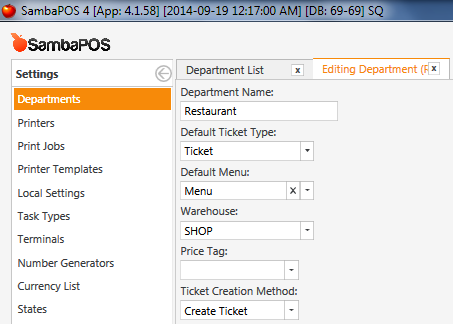 Authentication was added in v1.2. The authentication is mapped to Users and Roles in SambaPOS, and can be used to control the Buttons that are shown at the top of the screen in the PHP system, via this config file: 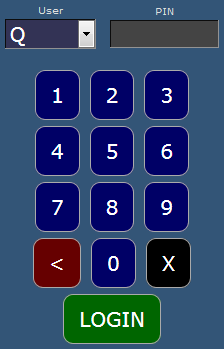 There is an optional Auto-Login feature which requires the following Action and Rules to store a Program Setting value for the current logged-in User. If you don’t need/want the Auto-login feature, there is no need to follow the setup shown below. 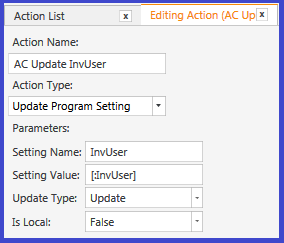 Rules - fire the Action to update the Program Setting for InvUser: 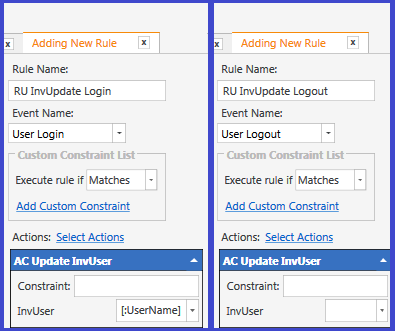 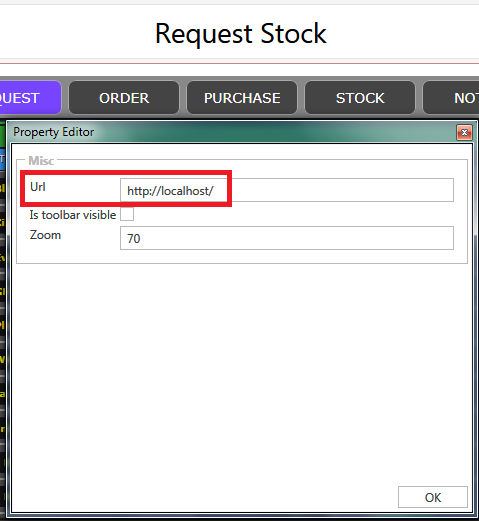 Set the directives in /inv/html/zconfigs/configdb.php for Auto-login:

I’ve reviewed it and seems readme file contains all required information. I’ll try setting it up in few days and let you know if I notice something.

@emre, where in the DB is the current logged-in user stored?

EDIT: found it here, but the value is NULL

I want to put login/authorization on this system (which I have working already), but it would be nice if I could automate the login based on the current SambaPOS user.

If it’s not in the DB, can I pass it in the URL of the HTML Widget like this? 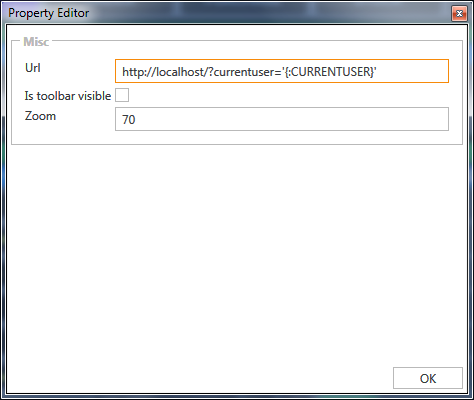 EDIT: hmm… can’t seem to get that to work… is there other syntax I can use?
@Jesse, is there something that works for TimeTrex?

Yes, I am on mobile atm though so I cannot pull it up. I have timetrex authenticate using !#username= ill look it up when I get home.

Thanks for that @emre, I might try that. In the interim, I got around it by storing [:Username] in a Program Setting called InvUser after login, and clearing the setting on logout.

It brings to mind another question though: is {:CURRENTUSER} Terminal-specific? What about [:Username] ?