Search the forum for “Play sound” …

Helo, sorry for the late answer but i had a lot of work to doing…
i dont resolved the problem. it is possible that is has to do with some other things like sql or the sambapos version?
Here is the sreenshot from the Action you asked… 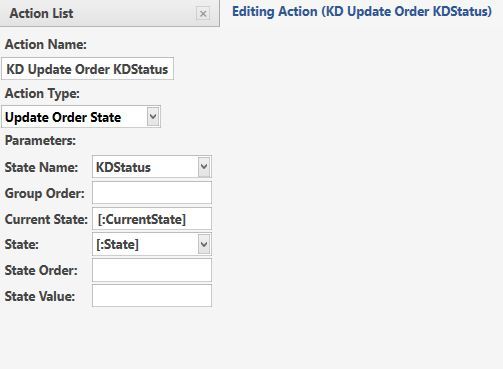 or have you any working kitchen display on V4

This tutorial is just for V5.

There are other kitchen display setups for V4, here is one:

You can search the forum you might find some others.

I found the solution 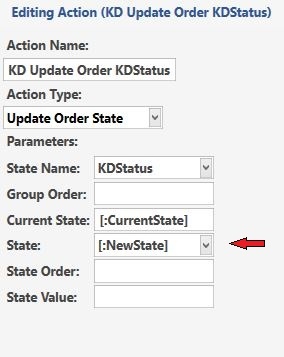 It needs to be “NewState” and not “State”

Thanks for pointing this out @Manuel. No wonder so many people have had trouble implementing this. This is a SambaPOS bug that has been around for a very long time.

I changed the copy/paste text in the Tutorial to reflect what is shown in the screenshot for the Update Order State Action.

This Action will update the Order State called KDStatus. This is how we will determine if the Order has been Printed, so that we don’t print the Order multiple times.

@emre, this is actually a “bug” as I see it. I have experienced this before when using variable/parameter name [:State] instead of something else like [:state] or [:newState]. I believe this is 1 of the only actions that has this issue with the parameter name, though it may be an issue with other “State” Actions as well. I remember this from a long time ago, so I continue to use parameter names that do not match the Action parameters, and just don’t think about it anymore.

Note to self: do not do Tutorials manually using screenshots and typed text anymore dude. Use Tutorial Builder Helper (TBH) instead and you won’t have this problem ever again. I mean seriously, why spend the time to code TBH and not use it ?!?!? Idiot me.

Helo @QMcKay,
one question about merging orders in kitchen screen, for me its not working yet,
and i dont know what to do…
I want to have all orders for 1 ticket in 1 part how i can change that??

Look at the Beverages portion of the Tutorial… it does exactly that… just set up the Food the same way as Beverages.

thx for the fast answer i will look for that…

I noticed something with this, as tickets build up during a shift the list gets very very long and it slows things down even if they are marked as done. Is there some way to mitigate this maybe by having them vanish on their own?

I have already checked don’t create task history and only display completed tasks for 5 minutes but they still appear.

having them vanish on their own?

That is what this is for …

Is it possible to make ticket notes appear? I edited the Kitchen Display Template - Food and added {NOTES} but it just displays the world “{NOTES}” and not the text.

The correct Tag is {NOTE} … 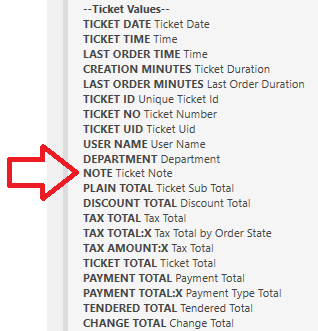 Hillo Kendash please can give me a sample of your kitchen display so that i can import into my database to learn how to design my own. Thank you

You should follow the tutorial. What your asking for won’t teach you much.

i know but at least i need a sample to try to see how the outcome will be like, just my personal demonstration purposes. Thank you

So follow the tutorial and you will have it… Just importing a file won’t teach you anything.

The problem is that, i can’t make the head and tail of the tutorial you saying.kindly direct me to the particular link.

Really? Did you read the link your responding in now? Try scrolling up because this discusion is the tutorial.