You can track waiters through a single cashier PC by using ticket tags.

Create a new Ticket tag named Waiter. This will display a Waiter button on ticket and that will appear in red color when I need to select a waiter. 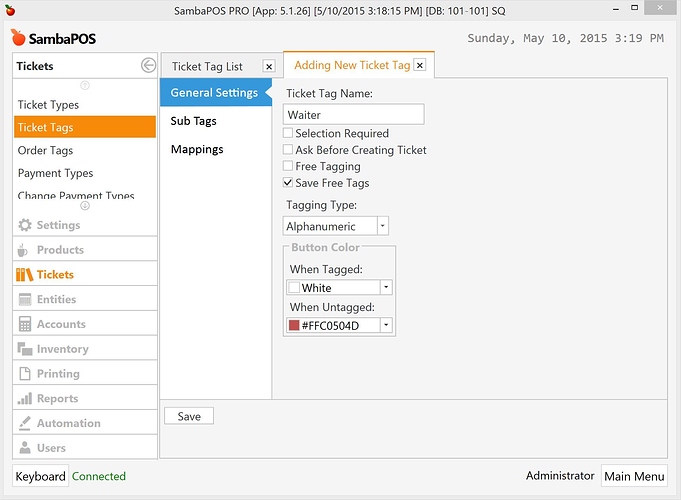 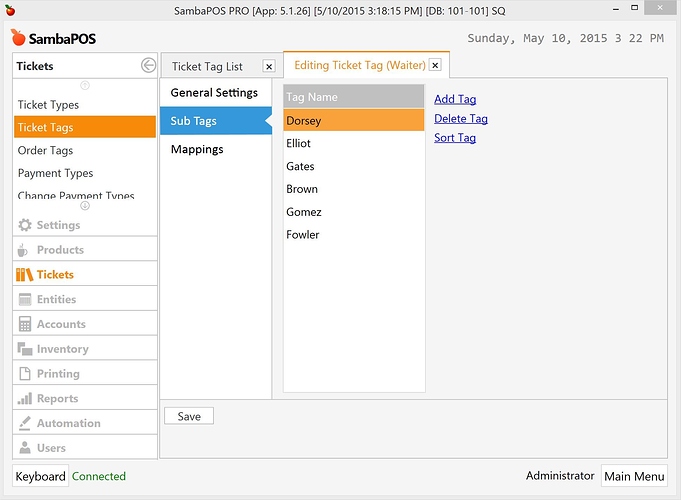 Added a mapping so that button will appear on all ticket types. For example you may not want to select a waiter on delivery tickets and display a deliverer button instead. You’ll configure it by mapping tags to separate ticket types. 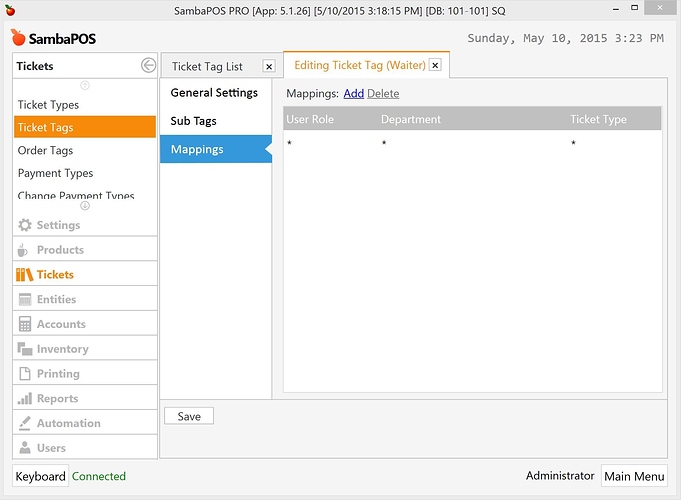 We’ll see Waiter button here. It is in red color since I’ve didn’t selected a waiter yet. 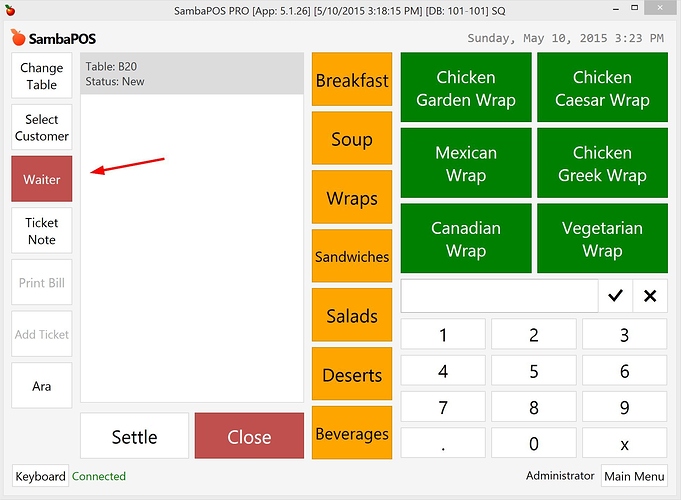 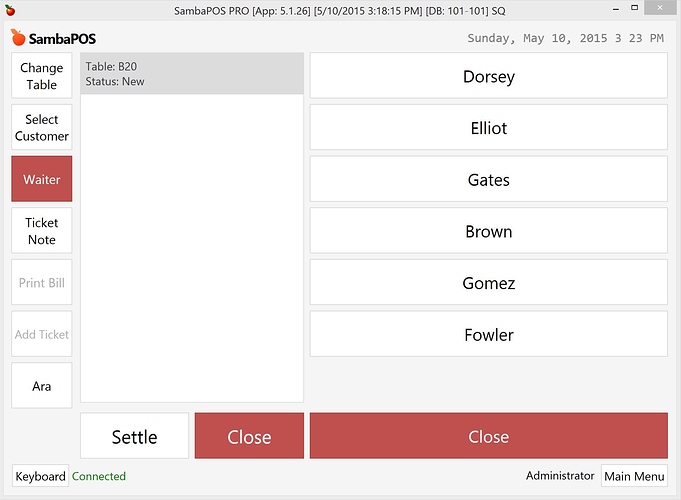 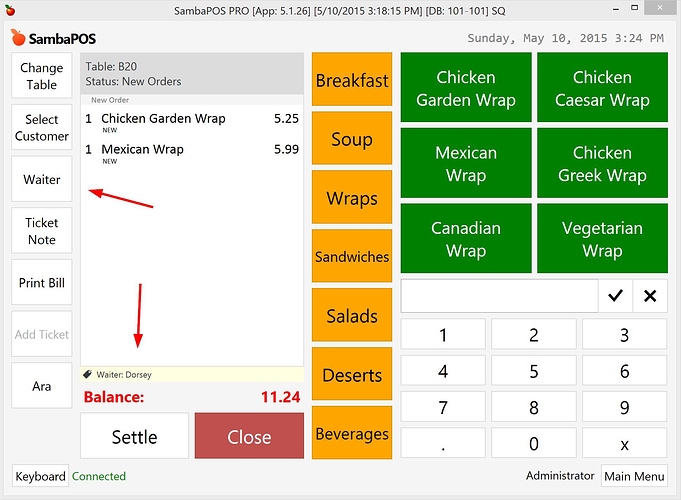 I can track waiter sales in work period reports. 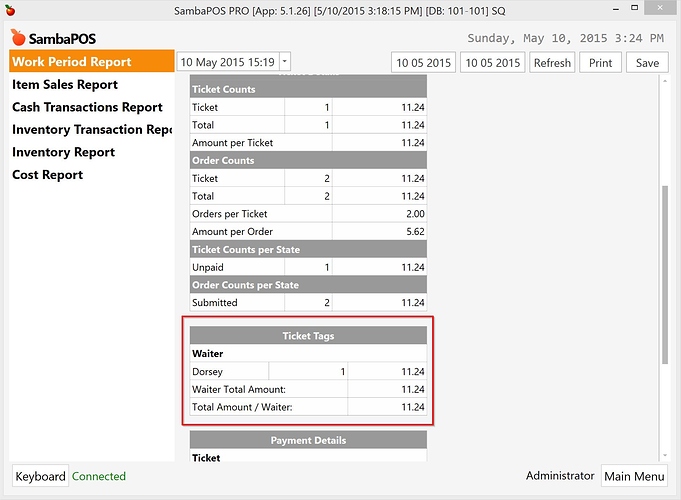 @emre would adding a ticket tag not leave the ticket open to being closed without an entity and having to be recalled via the ticket list?
Just a thought which may want to be mentioned as it’s not specifically part of a larger setup/tutorial?

It depends. If you’re using a table view as POS screen that will work fine. As I’ve mentioned on my first sentence that setup is suggested for single cashier PC setup. eg. waiters writes orders to paper and cashier records them.

Very true with table view as default screen it wouldn’t be an issue, just thought I’d mention it as when I first started with Samba and tagging tickets that one caught me out at first and couldn’t work out how the ticket would be in ticket list but not on table/customer etc (Obviously that is when using ticket creation as the default screen).
Now I have a better understanding I understand how that scenario happens but just wanted to mention it to save someone new scratching their head if they ended up in that situation