What does State mean?

State is a general SambaPOS feature that defines operational properties of things. SambaPOS have three different types of states.

We change state of things by using these actions.

There is no need to define states somewhere. State changing actions accepts any values. If you define states under Management > Settings > States you’ll be able to define colors, report appearance and rules will fill parameter combo boxes with configured states for easier usage.

On first installation we crate some states by default. 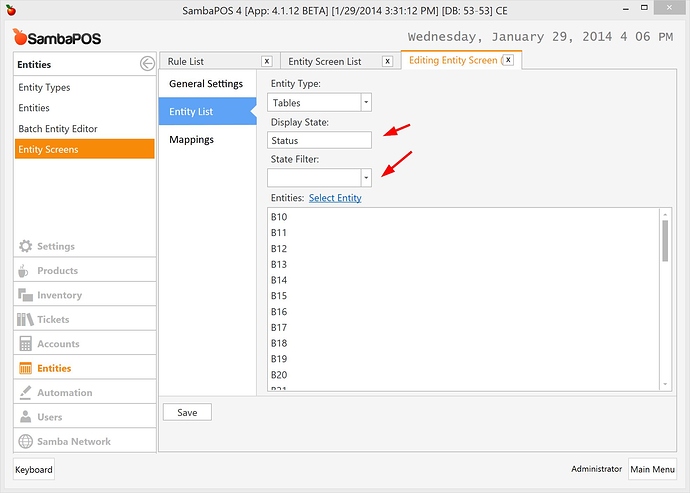 State filter setting left empty because we need to display all states here. 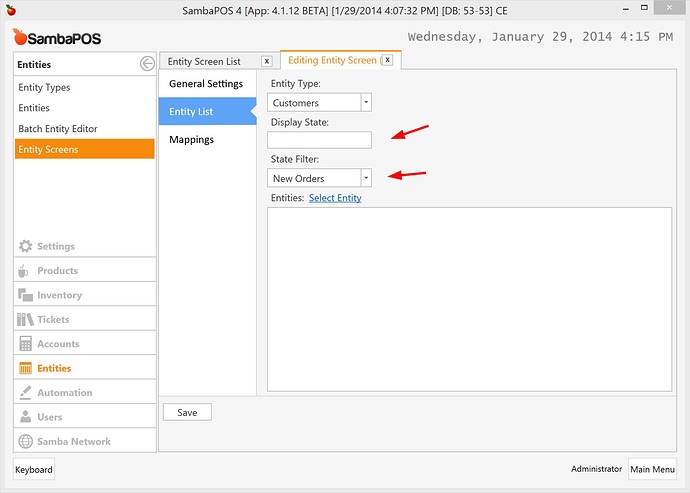 We display customers that have open tickets here. So this screen displays entities where Status state is New Orders only. We configured it by updating State Filter setting. Since New Orders state is a sub value of Status state there is no need to update Display State. If you use same state values for different states you can change Display State setting.

Visit Simple Reservation Example sample to learn how to add additional states for tables and how to display that state on entity screens.

So what is the purpose of “locked” ticket state? I noticed that I have to “unlock” it first before I can reprint the ticket. I’m guessing this is to do with security concern?

Also, Let’s say I submitted table T_02’s order. Then, T_02 ordered something else later. Should I add order to existing ticket, or should I “add ticket” on the same table? what’s the advantage of doing so?

Totally didn’t think of that. Hats off for your thoughtfulness

Thanks for clarifying that :).