Can you email me those Zip file as well?
allen.koay@gmail.com

I have made the following changes to the Kitchen Display 1… If all items are marked as Void, the ticket will close fully from all entity screens 2… Tickets can be paid for and still can be processed via Kitchen Entity screen. Ticket is fully closed once Delivered 3… Updated the Delivered Automation Button to only show when orders are ready Test first before importing to a production database as there has been a few changes. KitchenDisplayUpdate.zip (2.3 KB) PS - If you have duplicate Rule …

… also there is an improved version here.

how to change the color of the command button:

i did this way found on forum 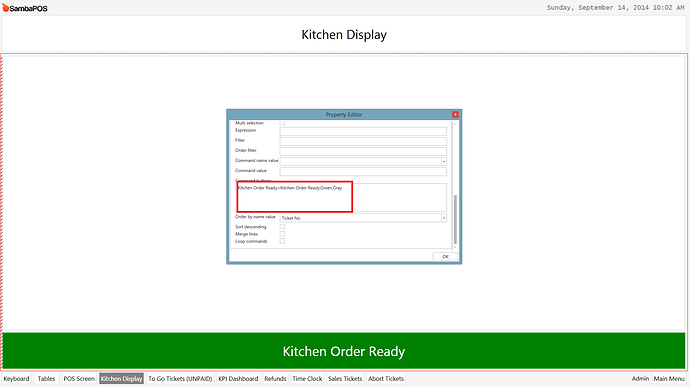 so i am right thanks

hi ,
First, my apologies , I write and speak so little English .

I’m new to this forum and I’m very impressed by this app and support provided .
I have three requirements that I tried to implement in the kitchen display but I have not succeeded.

Thanks so much for your help.

Your in luck my English is really good. Or maybe that’s not a good thing for you haha. Anyway to answer your questions.

Hello @rnunez you’re fine, my English is not even terrible.

Ticket lister supports some text formatting html tags but I need to find a way to combine it with printer templates. Implementing proper syntaxes for such conditional customizations is something needs some more technical work.

Could we use {TICKET STATE MINUTES:Status} with Update Application Subtitle Action, using the Ticket Header location (rather than Subtitle) to change its color?

Ok, I’m sorry, I tried to say that my english is so bad…not yours…
With this situation, I confirm my bad english…well…

Thanks for your help. I will try to implement the suggested command.

You did fine we were joking with you

In a Kitchen Display, is possible configure a Ticket Lister to show every Order# by apart?
Example:

So you want orders split off the ticket and shown as their own tickets but only in kitchen display?

So you want orders split off the ticket and shown as their own tickets but only in kitchen display. 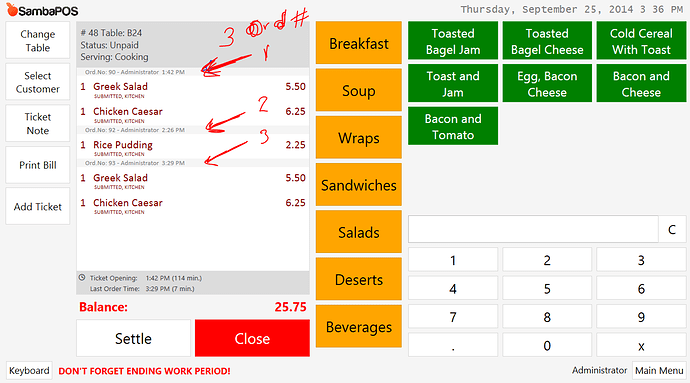 I have a number of products with 0.00 cost portions. If I add 1 of these items to a ticket on there own, then close the ticket to submit the order the ticket isn’t being created. 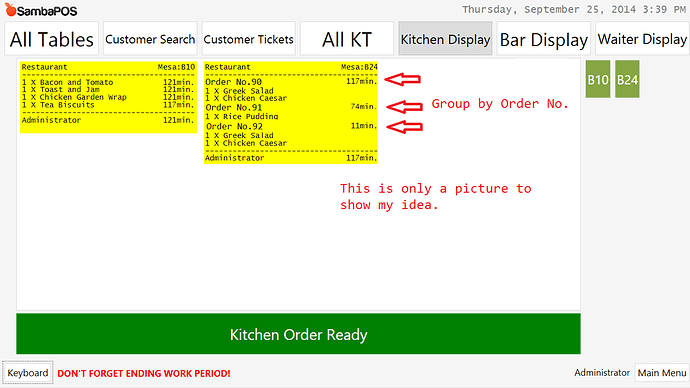 In a Ticket Lister, I tried to use {TICKET STATE MINUTES:Status} tag to filter tickets and show only tickets with last status >= 10. I set the Expression field: {TICKET STATE MINUTES:Status}>=10 but the lister not show anything. Also I tried to set the Filter field with the same expression but nothing.
What is the correct expression or equivalence to show only tickets with more than n minutes?

Where are you putting this filter?